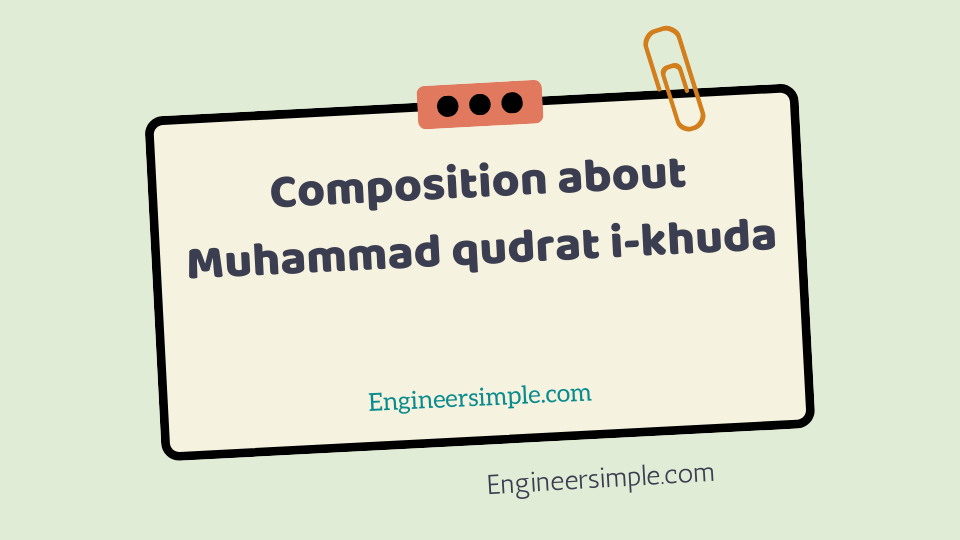 Muhammad Qudrat-i-Khuda (c. 1900 – 3 November 1977) was a Bangladeshi[1] organic chemist, educationist and writer. He founded the Bangladesh Council of Scientific and Industrial Research. From 1969 till 1972, he served as the president of the Pakistan Academy of Sciences.

Born in Margram village of Birbhum district in Bengal Presidency, Qudrat received his early education from the Margram ME High School and Calcutta Woodburn ME School.

He passed the matriculation examination from Calcutta Madrasa in 1918 in the first division. In 1924, he obtained the MSc degree in chemistry standing first in first class, from Kolkata Presidency College and was awarded a gold medal for his performance.

He received a Premchand Roychand studentship for higher research in chemistry at Calcutta University. He obtained the Doctor of Science in 1929 from London University for his research entitled Stainless Configuration of Multiplanmet Ring.

Qudrat began his career as a lecturer in chemistry at Presidency College in 1931 and was promoted to head of the department in 1936.

From 1942 to 1944, he served as the principal of Islamia College in Calcutta. He returned to Presidency College in 1946, becoming the principal of the college for a brief period in 1947. At the same time, he was a fellow and a member of the senate of Calcutta University.

After the partition of India, he came to East Bengal (Bangladesh) in 1947 and served as the first director of Public Instruction of the Government of East Pakistan from 1947 to 1949.

In 1949, he was appoint scientific adviser to the Ministry of Defence of the Government of Pakistan. He became the chairman of the Secondary Education Board and served from 1952 to 1955 while serving as faculty member at the Karachi University.

He was appoint the first director of the East Regional Laboratories of the Pakistan Council of Scientific and Industrial Research in 1955 and establish the laboratories in Dhaka. After retirement from directorship in 1966, he was appoint chairman of the 'Kendriya Bangla Unnayan Board' (Central Board for the Development of Bengali). Qudrat was appointed a visiting professor of chemistry at University of Dhaka in 1975 and served until his death on 3 November 1977.

He conducted research on herbals, jute, salt, charcoal, soil and minerals. He successfully extracted biochemical elements from local trees and plants for medicinal use.