my most favourite personality full composition

My most favourite personality 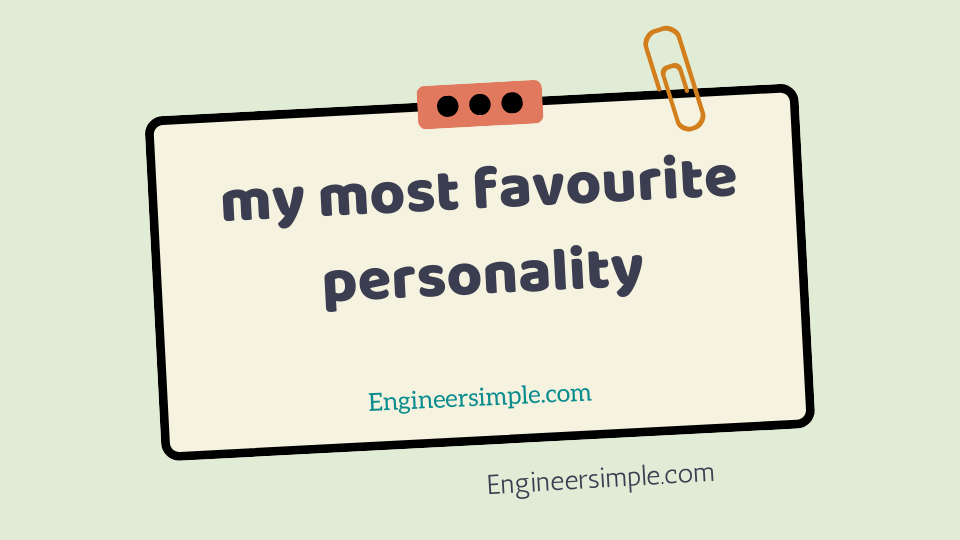 I have been taught of a lot of people since my birth on the earth. Again I have read a lot a lot of great men who are still ringing the supreme position in some respects even after their death. I respect all of the personalities I have come to know in my life.

My most favourite personality

Before his birth, Arabia was strip and darkness ignorance and superstition. Hazrat Muhammad SM was therefore sent by Allah to correct the lifestyle of Arabs and to show the people of the world the right path.

Early in life Hazrat Muhammad SM passed through many trials and suffering. Got no opportunity for academic learning but his was taught much higher things then bookish knowledge by nature and the unseen hand of Allah.

The integrity in His life

The integrity in His life makes him a unique personality poster from his boyhood he was thoughtful honest and truthful. He was call Al Ameen aur the Trustee one. At last at the age of 40 light ground upon him and he got the new truth.

He Prit there is no god but Allah hand Muhammad is the messenger of Allah to peep this great truth to the world. This is the religion of Islam. Then your faith was first affected by his wife Khadija. A few others also accepted it and became his disciplines. But a great many of the fairs Arabs were Furious when they heard of the new religion of Islam. The people of Makka attacked Madina several times to kill the profit and to wip out to Islam.

He worked for mankind humanity and fraternity. He made Muslim brothers of another build a great National and powerful state. At present one fifth of the people of the world are the followers of this great and noble profit.

I like his personality most because he was not only a preacher of but also has become the best diet to be followed in anyone's Life by virtue of his unique qualities.