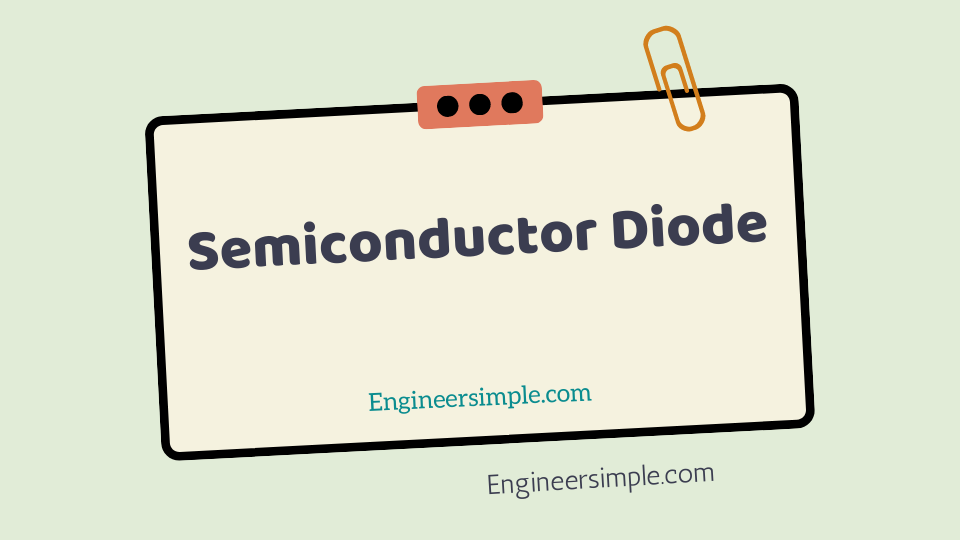 A pn junction is known as a semi-conductor or *crystal diode.
The outstanding property of a crystal diode to conduct current in one direction
only permits it to be used as a rectifier. A crystal diode is usually represented by the
schematic symbol shown in Fig.1.Semiconductor Diode

The arrow in the symbol indicates the direction of
easier conventional current flow.
A crystal diode has two terminals. When it is connected in a circuit, one thing to
decide is whether the diode is forward or reverse biased. There is an easy rule to
ascertain it. If the external circuit is trying to push the conventional current in the
direction of arrow, the diode is forward bias. On the other hand , if the conventional
current is trying to flow opposite to arrowhead, the diode is reverse bias,

(i) If arrowhead of diode symbol is positive w.r.t. bar of the symbol, the diode
is forward bias.
(ii) If the arrowhead of diode symbol is negative w.r.t. bar, the diode is
reverse biased.
Identification of crystal diode terminals. While using a crystal diode, it is often
necessary to know which end is arrowhead and which end is bar. For this
purpose, the following methods are available: