Hydroelectricity is a clean and renewable source of energy, and it's a great way to learn about how energy can be generated and used. 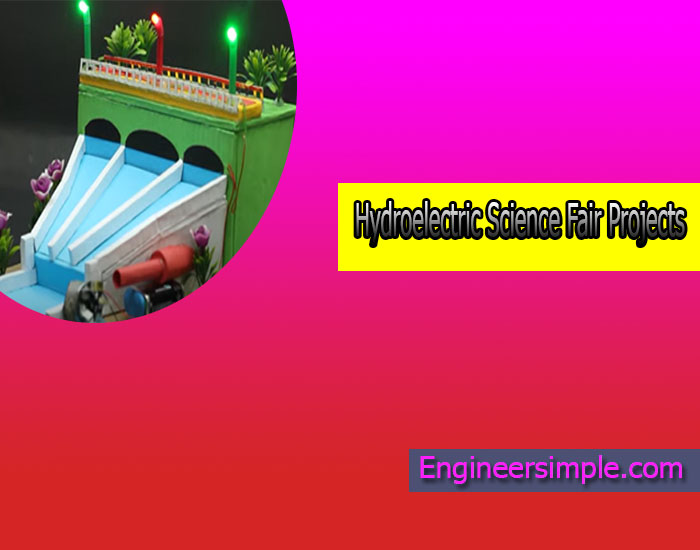 Whatever direction you take, be sure to have a clear hypothesis and a plan for testing it. With a little creativity, your hydroelectric science fair project is sure to be a success!
💻Table of Content
Hydroelectric energy & Hydroelectric dam

Hydroelectric energy is the name for electricity generated by the movement of water through a dam or other man-made structure.

Hydroelectric dams are used to generate power at a large scale, but they can also be used to provide small amounts of electricity for individual homes and businesses.

Hydroelectric dams are an efficient way to generate large amounts of power because they harness the energy that is hidden in rivers and streams.

Building a model of a hydroelectric power plant is a great way to learn about how this renewable energy source works. Hydroelectric power plants use the force of moving water to generate electricity, so your model will need to include a water source (like a small waterfall or stream), a turbine, and a generator. You can find all of these materials at your local hardware store.

Small-scale hydroelectric generators are a great way to power your house or business. They are also a fun way to learn about electricity and the science behind it.

A small-scale hydroelectric generator is basically a water wheel that spins to create electricity with the help of a water wheel, which acts as its generator. The water wheel creates rotational kinetic energy that is converted into mechanical energy, and this mechanical energy powers an electrical generator. This electrical generator produces electricity in the form of alternating current (AC) that can be used to power appliances or lights. 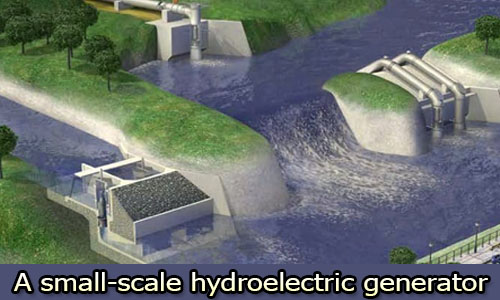 The most common type of small-scale hydroelectric generator is called a Pelton wheel, which uses gravity to drive a generator. A Pelton wheel consists of one or more buckets attached to a shaft that rotates counterclockwise when viewed from above. As water flows through the buckets, it turns them and causes them to spin against each other; this spinning action drives the shaft, which drives an electrical generator that converts rotational kinetic energy into mechanical energy (the latter being converted into electricity).

Your model hydroelectric power plant is now complete! To see how it works, turn on the water source and watch the turbine spin. The turbine will cause the generator to produce electricity, which can be used to power a small light bulb or other appliance.

Measuring the output of your Hydro generator

This project is about measuring the output of your hydro generator.

The output of your hydro generator is a measure of how much energy it produces in a given amount of time. A few factors affect the output:

1. The flow rate of water through the generator

2. The size of the generator (the bigger, the more power)

3. How much water you're using (the more you use, the less energy you get)

4. How much resistance there is to moving water through your hydroelectric generator

5. How much friction there is between the blades and the water

To measure the output of your hydro generator, you will need to hook up a meter to the outlet. The meter will show you how much energy is being produced by your generator and stored in the water. This can be used to calculate how much power you are using.

The following are some of the most popular hydroelectric generator project ideas for students.

3. Hydroelectric Generator with a Water Wheel and Stirling Engine

There are many fun ideas for hydropower science fair projects. Here are some of the most popular.

How much power can you generate?

This is a great project for kids who want to learn about how electricity works. It's a good introduction for students in middle school who want to learn about electricity before they study it in high school. The concept is simple: You will measure the amount of power that your turbine can generate by placing it in a river or stream, plugging it into an outlet and measuring the output. You can create a model based on the data collected from your tests to see if there are any differences between different designs. If so, this could be another area where you could improve upon your design.

How much water flow can I use?

This is a great project for kids who want to learn about how water flows through rivers and streams. It's also a good introduction for students in middle school who want to learn about how water moves through rivers before they study it in high school. The concept is that you will measure the amount of water flow that your turbine can handle by placing it in a river or stream, plugging it into an outlet.

My Point of View

The purpose of this project is to show that a hydroelectric generator can be made from inexpensive materials and simple tools. The student will look for ways to improve the design of the device, and to determine what types of materials are required for a better design. The student will also determine how much power can be generated by this device and how long it would take to charge a battery.

This project will use materials you may already have in your home, such as a ruler, pencil, plastic container or bucket, tape measurer, large paper clip and some string. If you do not have these items on hand then substitute them with similar items that are available around your house.