A generating station in which a diesel engine is used as the prime mover for the generation of electrical energy is known as a diesel power plant.
In a diesel power station, a diesel engine is used as the prime mover. The diesel burns inside the engine and the products of this combustion act as the “working fluid” to produce mechanical energy.
The diesel engine drives the alternator which converts mechanical energy into electrical energy.
As the generation cost is considered due to the high price of diesel, therefore, such power stations only use to produce small power.
Although steam power stations and hydroelectric plants are used invariably to generate bulk power at a cheaper cost, diesel power stations are finding favor at places where the demand for power is less, a sufficient quantity of coal and water may not available and the transportation facilities inadequate. 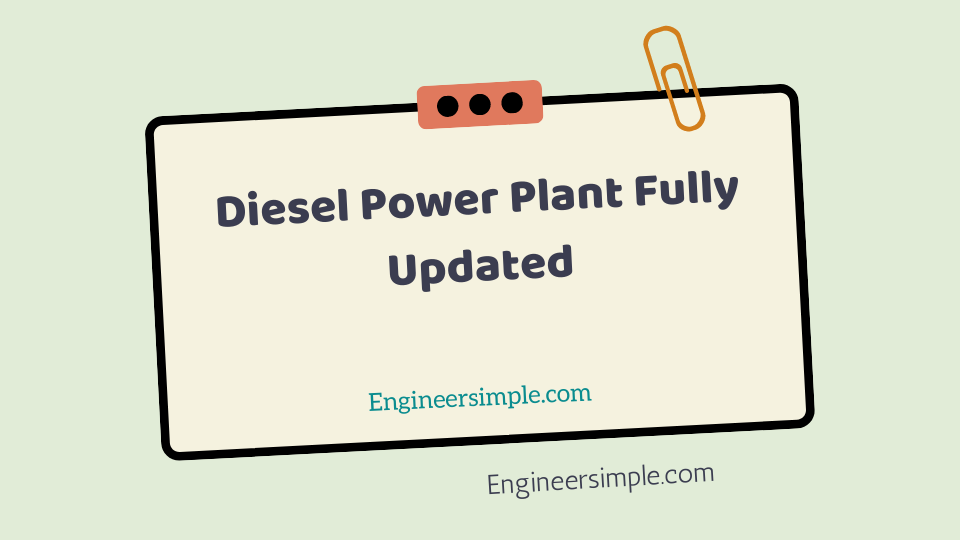 These plants may use as standby sets for continuity of supply to important points such as hospitals, radio stations, cinema houses, and telephone exchanges.

(i) The design and layout of the plant are quite simple.

(ii) It occupies less space as the number and size of the auxiliaries are small.

(iii) It can be located at any place.

(iv) It can be started quickly and can pick up the load in a short time.

(v) There are no standby losses.

(vi) It requires less quantity of water for cooling.

(vii) The overall cost is much less than that of the steam power station of the same capacity.

(viii) The thermal efficiency of the plant is higher than that of a steam power station.

(i) The plant has high running charges as the fuel (i.e., diesel) used is costly.

(ii) The plant does not work satisfactorily under overload conditions for a longer period.

(iii) The plant can only generate small power.

(iv) The cost of lubrication is generally high.

The Fig shows the schematic arrangement of a typical diesel power station. Apart from the diesel generator

set, the plant has the following auxiliaries : 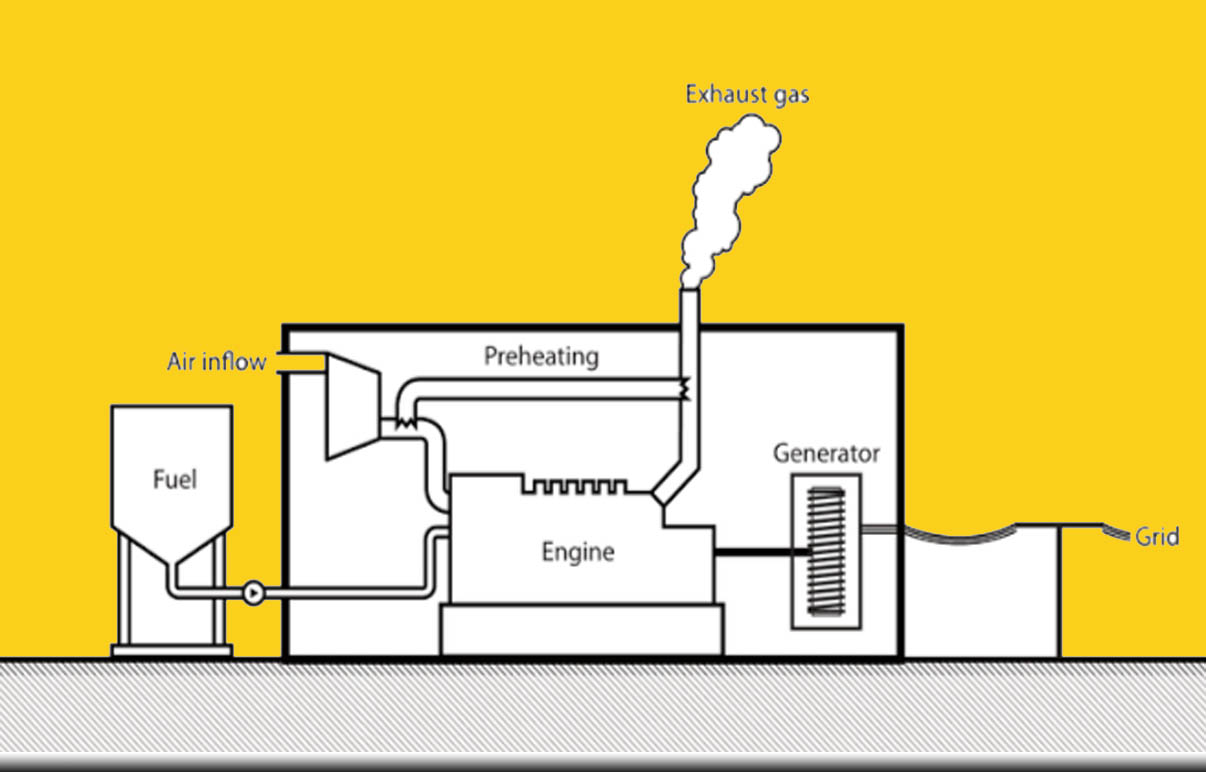 It consists of storage tanks, strainers, fuel transfer pumps, and an all-day fuel tank. The fuel oil is supplied at the plant site by rail or road. This oil is stored in the storage tank.

From the storage tank, oil is pumped to a smaller all-day tank at daily or short intervals.

From this tank, fuel oil passed through strainers to remove suspended impurities. The clean oil is injected into the engine by a fuel injection pump.

Filters are provided to remove dust particles from the air which may act as abrasive in the engine cylinder.

This system leads the engine to exhaust gas outside the building and discharges it into the atmosphere. A silencer usually incorporates into the system to reduce the noise level.

The heat released by the burning of fuel in the engine cylinder is partially converted into work. The remainder part of the heat passes through the cylinder walls, piston, rings, etc, and may cause damage to the system.

In order to keep the temperature of the engine parts within safe operating limits, cooling is provided. The cooling system consists of a water source, pump, and cooling towers.

The pump circulates water through a cylinder and head jacket. The water takes away heat from the engine and itself becomes hot. The hot water is cooled by cooling towers and is recirculated for cooling.

This system minimizes the wear of rubbing surfaces of the engine. It comprises of lubricating oil tank, pump, filter, and oil cooler.

The clean lubricating oil is delivered to the points which require lubrication. The oil coolers incorporated in the system keep the temperature of the oil low.

This is an arrangement to rotate the engine initially while starting until firing starts and the unit runs with its own power.

Small sets are started manually by handles but for larger units, compressed air is used for starting.

In the latter case, air at high pressure is admitted to a few of the cylinders, making them act as reciprocating air motors to turn over the engine shaft.

The fuel is admitted to the remaining cylinders which make the engine start under its own power.