From Wind to Steam

FROM THE FIRST EVs TO A TRANSPORTATION 2.0 FUTURE 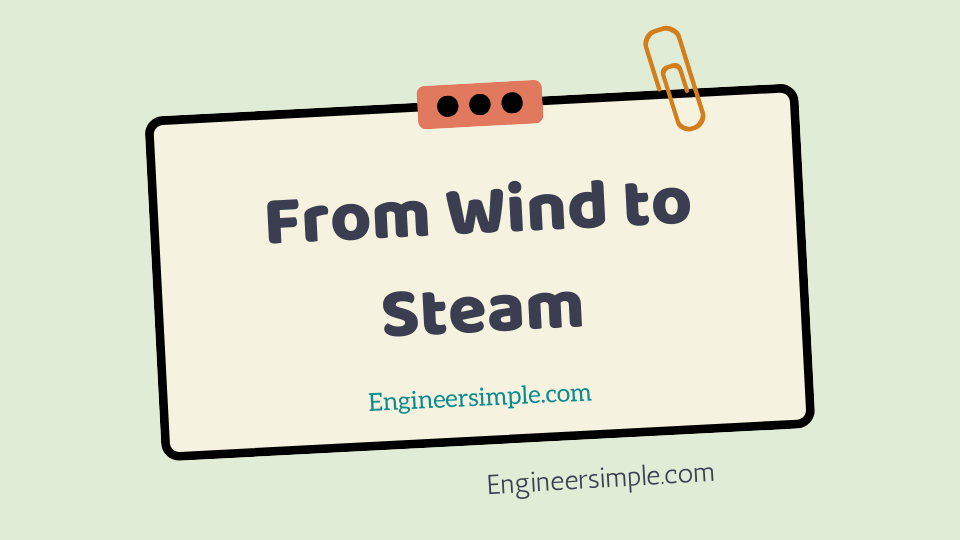 Electrified transportation has a rich history extending back more than 150 years. Electric motors were first developed in the early nineteenth century based on experiments with magnets. But, electric motors were not used for transportation purposes until after the 1850s, when electric machines were experimentally incorporated into trains, ships, and personal carriages (or “cars”). These experiments resulted in a series of novel electric drive vehicles for personal transportation—many of which dominated the car market until World War One.

Thomas Davenport is usually credited with building the irst practical one-person “electric vehicle” in 1834, followed by a two-person version in 1847. The irst EV to emerge, which resembled what might be called today a “car,” appeared in 1851 and traveled at a pace of approximately 20 mph (32 km/h).

Decades later, the first mass-manufactured electric cars hit the marketplace with the development of the Edison Cell, a nickel–iron battery that enabled what was an already-burgeoning marketplace. The Edison Cell had greater storage capacity than the batteries used in early EVs and prototypes. They were also rechargeable, allowing car designers to produce vehicles that were convenient for middle-class consumers who could recharge their cars at public or private charging stations (many of which were installed along city streets or at homes with preferential electricity rates). By the 1900s, EVs had captured a notable share of the leisure car market. Among the 4200 automobiles sold in the United States in 1900, 38% were electric and only 22% were gasoline, while another 40% were still steam driven (Electric Vehicles, 2008)From Wind to Steam.

Despite the popularity of electric cars, however, they were expensive and their driving ranges were limited. In contrast, gasoline-and diesel-powered vehicles emerged by World War One as cheaper, more powerful modes of transportation. Between 1890 and 1914, German and American engineers and manufacturers shifted interest away from EVs and steam engines toward ICEs by designing heat engines that could power ships, trains, and vehicles, as well as many other industrial and manufacturing applicationsFrom Wind to Steam.

In 1872, the American inventor, George Brayton, manufactured “Brayton’s Ready Motor”; he used constant pressure combustion and liquid fuel to produce what is often tagged as the irst “internal combustion engine” (ICE). Gottlieb Daimler and his partner, Wilhelm Maybach, issued the world’s first combustion engine vehicle in the 1880s when they patented a gasoline-powered car that used a version of Nicolaus Otto’s “Atmospheric Engine.” In the 1890s, Rudolf Diesel recognized the potential for a combustion engine that did not require an external ignition system. He obtained a patent for the design of a compression–ignition engine in which fuel was injected at the end of the compression cycle. The fuel was ignited by the high temperatures resulting from compression From Wind to Steam.

Diesel’s engine was marketed as a high-pressure, high-efficiency engine durable enough for railroad locomotives, large trucks, ships, and automobiles. The German manufacturer, Karl Benz, then developed innovations such as the carburetor, an electrical ignition system, water-cooling systems, and improved steering, and by the early 1900s, Benz had marketed ICEs widely as “reliable, fast, durable, elegant From Wind to Steam.”

It was in the context of these emergent ICE technologies that the American business guru and inventor, Henry Ford, launched an assembly line-manufacturing process to mass produce Model T Fords (also known as “Tin Lizzies”), which used ICEs for motive power. In 1908, these low-cost cars were sold for less than a quarter of the price of contemporary EVs. The Model T thus made personal vehicle ownership a viable option for working-class families From Wind to Steam. Throughout the 1910s, petroleum companies also lobbied municipalities and regional governments to switch to ICE-powered public transit systems, since many early transit systems had been originally electric.

The rising prominence of ICEs throughout the irst decades of the twentieth century created what we call the Transportation 1.0 paradigm. The transportation systems at the core of this paradigm operated on the basis of unhindered, cheap, and constant supplies of fossil fuels as sources for motive power. In the Transportation 1.0 world, EVs were relegated to niche markets, useful for lightweight delivery trucks or milk vans, but they were not marketed for mass consumption or designed for daily commutes.

The Transportation 1.0 paradigm also shaped the public’s perception of automobiles. The inefficiency of ICEs became an acceptable norm for manufacturers, while cutting-edge automotive innovations in power-train efficiency stagnated. Indeed, the most significant automotive innovations in the post-World War Two era were those advancing greater horsepower, bigger engines, and stronger materials From Wind to Steam.

The concept of highly efficient, clean, smart, and interconnected transportation networks remained largely unexplored until the 1990s. By that decade, a combination of environmental, geopolitical, and social concerns impelled governments across North America and Europe to change the way they understood and manufactured automobiles. Combustion-powered transportation became the source of a never-ending stream of problems. It was dirty. It was insecure. And, it promised to cause astronomical increases in health-care costs due to urban smog and environmental degradation. By 2000, the belief in low-priced, easily available petroleum had also dissipated in many regions of the world, and especially in North America and Europe where governments had experienced serious price shocks due to repeated oil crises throughout the 1970s. Gone, too, was the belief that humans had little to do with environmental decay. Rapidly rising concentrations of GHGs in the Earth’s atmosphere, combined with predictive models demonstrating the catastrophic outcomes associated with global climate change (including unpredictable weather patterns, damaged food crops, and rising ocean levels), motivated the United States in particular to develop more rigorous and stringent Corporate Average Fuel Economy (CAFE) standards, which today constitute some of the world’s most stringent emission standards. The CAFE standards have, in fact, served as a prime motivating factor over the past decade informing the redesign and manufacture of newly efficient and highly electrified vehicles.

In sum, the recent combination of environmental, geo-political, economic, and health concerns related to ICE-powered transportation has created fertile ground for renewed interest and investment in electric drive vehicles and electrified transportation.

Today, there are more than 1 billion registered vehicles in the world—approximately one for every seven people on the Earth. That number is set to drastically rise over the next few decades with the increasing wealth and purchasing power among citizens in rapidly developing economies in Asia and South America. Already, more than 80 million vehicles are produced worldwide on an annual basis. There is evident need to make these cars cleaner, more efficient, and less socially harmful so as to avoid both environmental and economic disaster over the next century.

From Wind to Steam: a nineteenth-Century analogy for transportation 2.0

The Transportation 2.0 paradigm envisions a world that travels using clean, efficient, safe, reliable, powerful, and intelligent mobility options. It is based on the premise that “transportation-electrification” will involve a series of enabling technologies that allow consumers, manufacturers, and governments to achieve sustainable mobility over the next century. The profundity of a shift to a Transportation 2.0 world is best captured by an analogy to a previous period of irrevocably profound revolution in transportation networks—namely, the age of steam.

The development of the steam engine in the late-1700s and its incorporation into transcontinental travel throughout the 1800s radically transformed global society and domestic economies. The Scottish inventor, James Watt, propelled the earliest innovations in steam-powered mobility by patenting an efficient steam engine in 1769. By the 1780s, the American inventor, John Fitch, used

Watt’s engine to power a boat, and by the 1810s, the business leader and inventor, Robert Fulton, turned steam-driven boats and ships into major commercial successes, using them to ferry goods and people between Europe and North America. Over the span of 40 years, steam mobility sparked an industrial revolution and enabled the relatively rapid shipment of raw products (such as cotton) and manufactured goods (such as linens) worldwide, creating new international markets and feeding the rising powers of Great Britain and the United States. Indeed, steam-powered mobility enabled the establishment and expansion of the British Empire as the world’s most dominant political and economic power from 1790 to 1914—technologically fostering the colonization of huge swathes of the world from South America to Africa across to Asia.

Transportation 2.0 implies a similar level of profound social, economic, political, and technological transformation. This new paradigm may well be emblematic of the twenty-first century. It will alter the way people move, the way they transit from place to place, and the way they think about transportation in their daily lives. It will alter global trade networks by making modes of goods transportation more efficient, less costly, and more reliable. The cost savings associated with a shift to electrified mobility hold the potential to grow economies in the developed and developing world alike.

The rise of advanced electric drive vehicles will also provide individual consumers and travelers with the power to determine the price of their transport, by choosing when and how to charge their vehicles and when to connect with a grid system to sell electricity back to grid operators. It will liberate them from the stranglehold of limited, nonrenewable petro-fuel supplies (since electric drive vehicles can be powered by batteries charged through micro- and off-grid systems using solar panels, wind turbines, and local energy-storage devices). Ubiquitous electrified transportation systems will also liberate nation–states from uncertain foreign supplies of petroleum by allowing them to rely on domestically produced electricity as a primary source of fuel for mobility.

Meanwhile, the incorporation of “smart” technologies will liberate time associated with vehicle maintenance by freeing drivers from dreary duties at pumping stations. The integration of “autonomous” vehicle technologies—and intelligent driving mechanisms (as with “autonomous vehicles”)— holds out the possibility of creating urban environments free from traffic-congested highways and roadways, where efficient horizontal transit systems are optimized to transport people and goods

In some ways, the concept of Transportation 2.0 implies a world of infinite possibilities. Just as eighteenth-century traders who relied on sail power could not have foreseen the highly industrialized steam-powered revolution that altered the world a century later, we believe many consumers, manufacturers, and policy makers today will struggle to envision what the Transportation 2.0 could look like, precisely because it be so fundamentally different from the Transportation 1.0 world we currently live in. But, what is known is that this new world of electrified transportation will be one in which vehicles and grid infrastructures will be seamlessly interwoven into a network of efficient, low-cost, safe, reliable, smart, high-performance, and ultimately “sustainable” mobility options. When it arrives, Transportation 2.0 will seem entirely natural and obvious to the transit user or car driver. Vehicle operators will wonder how they ever lived in a world dominated by ICEs in the first place.