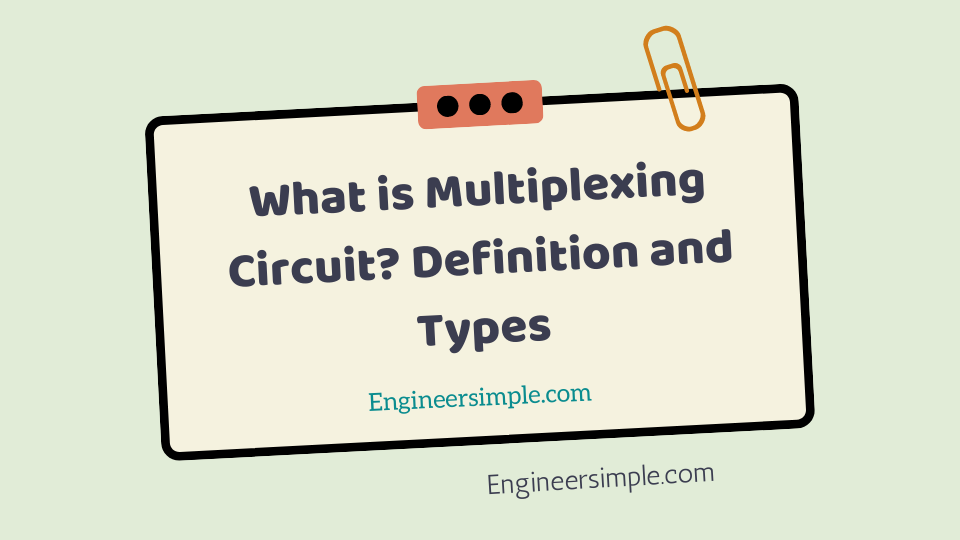 Definition: Multiplexing is electronic techniques for transmitting information efficiently from one place to another.

Multiplexing allows more than one signal to be transmitted concurrently over a single medium.

The use of modulation also permits another technique, known as multiplexing, to be used.

Multiplexing is the process of allowing two or more signals to share the same medium or channel; see Fig. 1-1.

A multiplexer converts the individual base band signals to a composite signal that is used to modulate a carrier in the transmitter.

At the receiver, the composite signal is recovered at the demodulation, then sent to a demultiplexer where the individual base band signals are regenerated (see Fig. 1-2).

There are three basic types of multiplexing:

Frequency division, time division, and code division. In frequency-division multiplexing, the intelligence signals modulate subcarriers on different frequencies that are then added together.

In time-division multiplexing, the multiple intelligence signals are sequentially sampled, and a small piece of each is used to modulate the carrier.

If the information signals are sampled fast enough, sufficient details are transmitted that at the receiving end the signal can be reconstructed with great accuracy.

In code-division multiplexing, the signals to be transmitted are converted to digital data that is then uniquely coded with a faster binary code. The receiver uses the unique coding to select the desired signal.

The signals modulate a carrier on the same frequency. All use the same communications channel simultaneously.

Figure 1-1 Multiplexing at the transmitter.

Figure 1-2 Demultiplexing at the receiver.[/caption]

Note: The music industry has used multiplexing in Multiplexing to create stereo sound.In stereo radio, two signals are transmitted and received— one for the right and one for the left channel of sound.