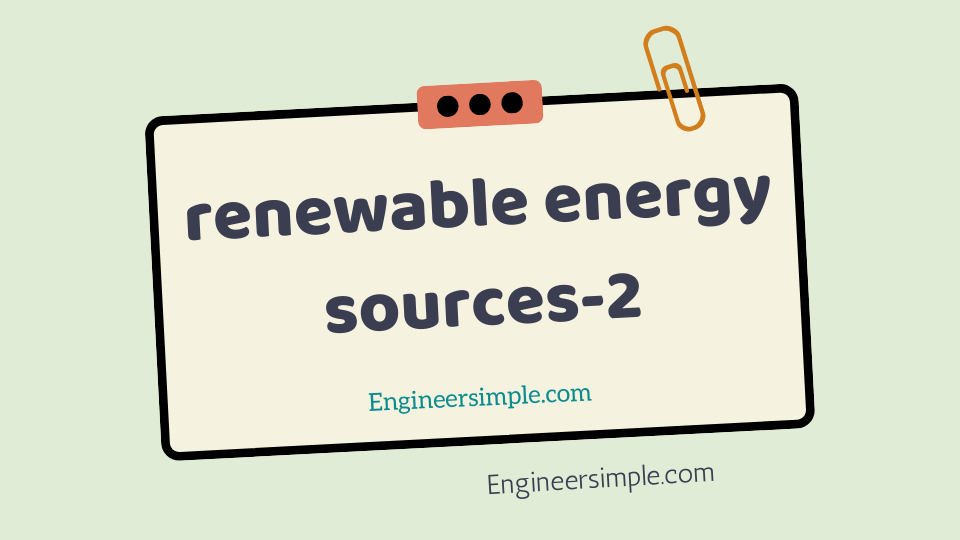 The reliability of supply:

All three will be different in the 100% renewable energy system as envisaged in Figure 1.2 and it may become more difficult to distinguish between the three hierarchical levels (production, transmission and distribution).

Some things will however most likely not change. The consumer, the producer and the system operator will look at reliability in different ways. Each of these viewpoints and the way in which this will likely change is discussed in the forthcoming section renewable energy sources-2.

1.7.1 The view of the electricity consumer:

The difference between the conventional energy system will be in when the electricity is needed. There will however still be applications that require instant access to electricity, like lighting or making the perfect cup of tea.

we do not consider in this book any change in habits that adjust our activities or demands to the availability of energy.

This does not imply that such changes would not be important, it only means that this is beyond the engineering realm and instead of a social science issue.

Even for applications with natural energy storage, there will be a certain demand for electricity, to recharge the energy storage. But the energy does not have to be available any moment in time. Instead there is the need for a certain amount of average capacity over a certain period of time.

In other words, the reliability requirements are in terms of energy capacity over a certain period of time instead of power capacity at all times.

An alternative and more fundamental way of looking at it, and one that matters actually more for the customer, is to set requirements on the room temperature in case of space heating or cooling.

In case of battery charging, the requirement becomes a certain minimum amount of energy in the battery at the moment that the vehicle is needed. In the conventional electricity grid, an interruption is define as the absence of electricity renewable energy sources-2.

With electricity for heating, the reliability becomes even more complicated when also other energy sources are available.

The same absence of energy capacity from the electricity grid may be an interruption one day and not an interruption another day, depending on the availability of other energy sources.

In the future grid, alternative definitions are needed, for example, the temperature being outside of a certain comfort zone renewable energy sources-2.

The overall conclusion is that reliability becomes different for different consumers is it is no longer possible to come up with an overall definition that covers all consumers renewable energy sources-2.

1.7.2 The view of the electricity producer

The former is an issue for conventional production units as well; the other ones are a concern only when there are no or insufficient storage facilities at the production side renewable energy sources-2.

When a power producer is not able to deliver the potentially produced energy:

When a power producer is not able to deliver the potentially produced energy, it results in a loss of income. In the conventional system, the surplus of production is more likely to occur during periods of high production.

The latter type of demand is more flexible, but when there is a shortage of supply capacity the diffuse demand will at a certain moment turn into instantaneous demand. With heating or cooling, this is when the room temperature comes outside of the comfort zone.

With the charging of electric vehicles, this moment is more difficult to define, but also here the energy demand will turn into power demand at a certain moment. If the system operator is not able to supply that instantaneous demand, the system will have failed in its primary requirement renewable energy sources-2.

Seen from the system operator, there are three types of events to be avoided, where production and consumption are treated equally:

The primary aim, or should we say the engineering aim, of the energy system is to ensure a supply of energy to the different processes?

In terms of Figure 1.2, the bottom row is what matters. In that context, the situations listed below are those that should be avoided. It is those that are referred to as interruptions renewable energy sources-2.

There is no galvanic connection between a consumer and the rest of the grid. This is covered by the conventional ‘distribution reliability’, which used to be the easier form of reliability calculations. However, also this will become more complicated in the 100% renewable energy system because of the presence of production units and storage close to the consumers as well.

The system operator must avoid all these situations. Avoiding the first one requires reliable components and/or the presence of backup supply paths; it is what conventional distribution companies are doing all the time. Avoiding the second and the third situation is a system operator issue where demand and supply of electrical energy should be used in an optimal way.

On the demand side are the consumption of electricity (conversion 4, 5, and 6), the conversion of power to fuel (conversion 8), and charging of any storage in the grid.

For consumption, a further distinction should be make between power demand and energy demand.

On the supply side is the product directly from renewable sources (conversion 2), the conversion from fuel to electricity (conversion 9), and the discharging of any storage in the grid. If we consider fuel as a form of storage;

There are four different parts of the balance between demand and renewable energy sources-2:

It is part of the role of the system operator to decide which of the two should be chosen at any moment in time. Some thoughts are give below, base on the supply capacity in relation to the demand of renewable energy sources-2.

The total supply capacity, directly from renewable sources plus by discharging the storage, is not enough to cover the power demand. The result is that not all power demand can be fulfil. All the available storage discharging capacity will be use to limit the amount of demand that is not fulfil.

The amount of supply capacity directly from renewables is not sufficient to cover the power demand, but by using part of the discharging capacity of the storage the power demand can be supplied. The remaining storage capacity can either be save for later use or be use to cover some of the energy demand. This will be an optimization issue, where the state of charge of the storage, the expect future demand, and the expected future production from renewables will have to be consider.

Figure 1.7 Different levels of supply (five columns on the right) in relation to the electricity demand (column on the left)

The amount of supply capacity directly from renewables exceeds the sum of power demand and energy demand. In that case, the total power demand will be supply and the remainder will be use to charge the storage.

The amount of supply capacity directly from renewables exceeds to sum of power demand, energy demand, and charging capacity of the storage. In that case, all demand should be fulfil and the remaining amount of renewable energy will be curtail renewable energy sources-2. A number of assumptions have been make here to simplify the description.

The aim of the list above is not to give a detail set of instructions, those would be far more complicate, but to illustrate how the flow between charging and discharging depends on the amount of available production and consumption.

For example, transport is not consider here. When including batteries for transport, both the surplus of production and surplus of consumption will have to be avoid, which makes that fully charge is not always the preferstate of the storage.

Also are alternative energy sources, for example, renewables directly use for heating instead of via electricity, not included in the scheme here renewable energy sources-2.

Figure 1.8 Current share of renewables in energy, electricity and heat in the Nordic countries (Own elaboration on data from IEA)

The transition stage: towards 100% renewable energy

A substantial part of the electricity is already produce from renewable sources:

Main hydropower in Sweden and Norway but a growing amount of wind power especially in Denmark but for a few years also in Sweden. Norway’s electricity is produced almost exclusively from hydropower.

However, when looking at the energy system as a whole, including transport, less than half of the sources are renewable energy sources-2.

The transition stage, with less than 100% RES, is show in Figure 1.9. Non-renewable energy forms a large part of the fuel mix, used for transport, and for generating electricity. The result is that several of the energy conversions become partly or completely non-renewable.

These are indicate as grey in the figure. This transition period is very important as it is impossible to build a completely renewable energy system that will simply replace the conventional one.

During the transition period, the system should be such that the use of nonrenewable sources is minimized. Also should market mechanisms for the setting of electricity prices be such that they encourage the building of more renewable generation units.
Next Post Previous Post
No Comment
Add Comment
comment url
Energy,Engineering Blogs