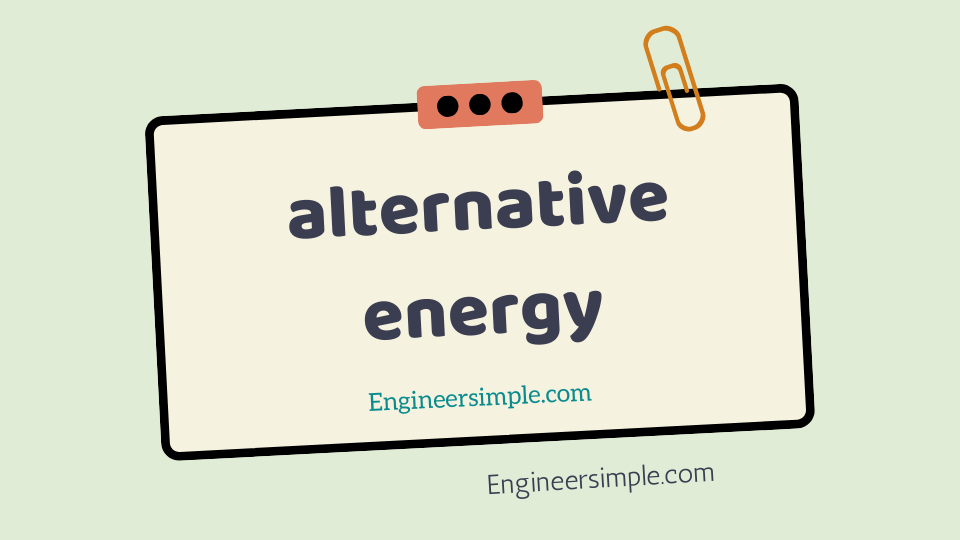 Alternative energy Increasing wind and solar penetration levels may drive a power system to encounter transmission, distribution, or operational constraints, forcing the TSOs to take into account the performance of these spatially distributed renewable power plants.

Therefore, high levels of wind and solar power generation can be challenging to integrate into power systems because of their variability and limits in predictability, leading to use curtailments, or less wind or solar power than is potentially available at that time; however, curtailment of power stations has been a normal practice since the beginning of the electric power industry.

Taking into account the constraints impose by flexibility in a specific power system, different solutions can be use to accommodate variable generation during these situations, such as dispatchable power plants, energy storage, interconnection capacity, or demand-side response.

The need for energy curtailment for variable generation is apply during a limit time, or transition phase, before some changes can be programme to the grid – infrastructural, operational, or institutional. Even interannual oscillations in variable generation should be take into account. Figure 2.11 shows the influence of the month on the global variable power generation in Spain, taking into account three typical technologies: wind, PV, and CSP. Data clearly show variability in the months and among the years alternative energy.

There are many reasons for RES curtailment, including lack of transmission and distribution availability or system balancing challenges. Moreover, RES curtailment is a very complex issue because the coincidence in the time of the curtailment.Network thermal congestion, or system-wide inertial stability problems carry out to the interaction among different sources of curtailment.

The main reasons in power systems with very high wind energy penetration targets are related to the lack of available transmission during a particular interval to incorporate some or all of the variable generation and system balancing issues. In, a comparison of different levels of curtailment takes into account variable energy penetration ratios in selected countries/areas.

For example, in the United States the Electric Reliability Council of Texas achieves upward primary frequency reserves from curtailed wind generation. The value of these ancillary services implies that curtailment does not need to be seen as a waste of energy. China can be consider an extreme example because in 2013 approximately 16.23 TWh of wind generation was curtail (10.74% of total wind generation), and this value was even an improvement from the 20.82 TWh curtail in 2012.

Transmission congestion is usually related to the development timescales of variable generation power plants. They can generally evolve much more quickly than the new required transmission projects, leading to a timing mismatch in construction between wind development and new transmission. It may take 5–10 years to plan (or more, depending on the country), permit, and construct a transmission line, whereas a wind or solar project can be planned, permitted, and constructed in 1–3 years.

The low capacity factor of variable generation and the uncertainty and variability associated with it, together with the system flexibility, are the main reasons for this kind of curtailment.

In countries with large amounts of wind power, this issue could be regulate somehow. For Spain’s power system, this kind of curtailment is refer to in the Non- Integrable Wind Power Excess and is define in the Operational Procedure 3.7.

In the distribution system:

On the other hand, in the distribution system, curtailment can occur to avoid high penetrations or back-feeding, in which more energy is produce at the feeder level than consumed.

In some cases, high penetrations of solar PV generation on feeders can lead to voltage control issues due to the variability of the resource alternative energy .

Curtailments can be relate to other reasons as well, such as grid stability and short-circuit power, mainly due to disturbances and voltage dips affecting the network. Such curtailment measures though are more likely to be observe in small isolate systems, such as Ireland.

It has been identify that higher, instantaneous system, non-synchronous penetration levels may require wind power curtailment, unless no other measures to maintain the system stability are considered. In many countries, this issue is partially solved due to the fact that most wind power plants and solar PV power converters can support LVRT. In Spain, approximately 95% of wind generation is certified under LVRT requirements, and therefore curtailment due to voltage dips has not been an issue since 2009 alternative energy.

In Spain, curtailments can be classified, according to market procedures, in two categories: real-time and programming. Real-time curtailments are obtain from the intraday markets. On the other hand, programmed curtailments are set before the day-ahead market is close (Basic Operation Program, PDBF).

The former is partially compensated as a function of daily market price, and the latter is not economically compensated. In the case of wind generation, in Spain set points due to real-time curtailments are calculate and deliver – through the Control Centre of Renewable Energies (CECRE) – with maximum wind nodal production, and wind power plants affected must adapt their production to the given set point within 15 min.

CECRE is an operating unit within the power control center (CECOEL) that is connect to 98.6% of installed wind power capacity in Spain, whereas the remaining wind power (1.4%) is estimated.

CECRE does not telecommand generation equipment; this function is do by generation control centers. The telecommunication deployment of almost 800 wind power plants has been accomplish by aggregating power stations larger than 10 MW. CECRE has been in operation since 2006, and it is consider a worldwide pioneering initiative to monitor and control renewable power plants, specifically wind power plants. Measurements such as active and reactive power, voltage, connectivity, temperature, and wind speed and wind direction are taken from wind power plants every 12 s and sent to a R

Curtailment data during 2013 for different countries are show in Table 2.2. Wind curtailment typically ranged from approximately 1%–3% of wind generation levels, although China exceeds this range, getting 11%.

The implementation of curtailment in a power system is a complex issue because under certain conditions some events can produce severe deviations from the original set points of the TSO. In, a curtailment event with an overresponse in the level of the curtailment is describe. It is show that the Spanish TSO impose different set points by taking into account the Non-Integrable Wind Power Excess.

This example occur in January 2010, and the final curtailment due to the overresponse in the wind power generation was more than four times the wind power curtailment originally require. Although this type of event could  classify as exceptional, the operation of the power system can  put at risk, even with from an economic point of view, because upward reserves are use for balancing, which increases the associated costs.

Therefore, the evolution of the flexibility exhibited in the power system is related to the level of curtailment apply to variable generation. An example of this relationship is show in using the parameter, Pflex1 , in which values are refer to as the register values during a year.

Figure 2.12 Evolution of wind and nuclear power generation during Easter 2013 in Spain

Figure 2.12 shows the evolution of generation – wind and nuclear power – during Easter 2013. On March 31, due to a large amount of wind generation in conjunction with the significant amount of rainfall, a saturation of the hydraulic reserves occurred. Moreover, due to the holiday season, this is one of the periods of the year with lower power consumption. So reserves for the pump storage hydropower could not be use, and most of the hydraulic power plant become unmanage. The result was a huge amount of curtailment in wind generation, reducing at the same time the nuclear generation, approximately 1,000 MW; see Figure 2.12(c).

The figure clearly shows the evolution of Pflex with changes in the hydropower generation together with international import or export. This phenomenon has occurred several times in Spain, although not as severe, due to the explosive cyclogenesis and heavy rainfall combined with high wind production; therefore, increasing the flexibility of the system is the best way to reduce curtailments.

The methods of increasing system flexibility depend on the power system, with different possibilities taking into account the proportions of each method. The main ones are grid capacity, physical additions to the system (such as storage or new transmission lines), power system operational changes (such as economic dispatch or improved forecasting), and institutional changes (such as access to new markets) alternative energy.
Next Post Previous Post
No Comment
Add Comment
comment url
Energy,Engineering Blogs