The role of the electricity transport

The role of the electricity transport 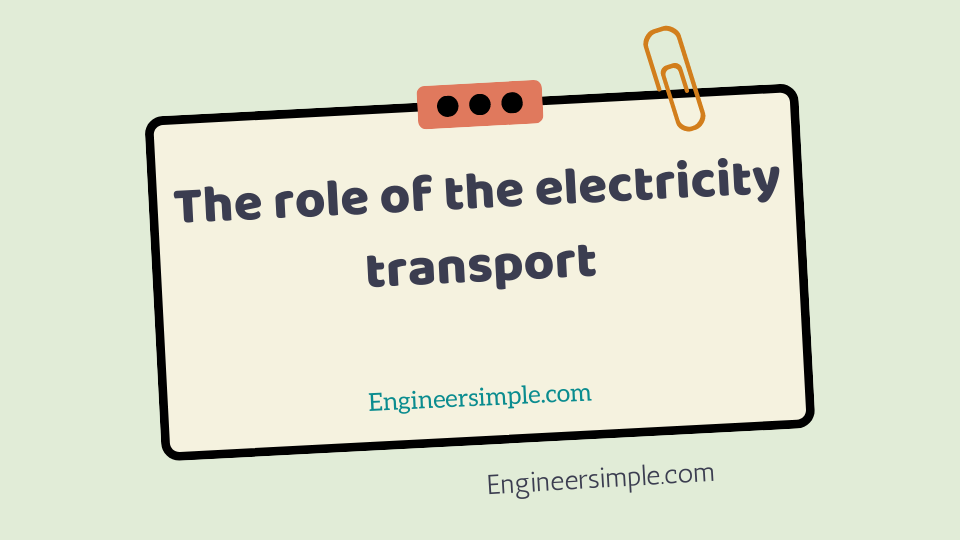 At a local level, the need for balancing between electricity production and consumption becomes less strict.

The reason for this is that the rest of electricity grid can serve as a buffer than long as the amount of electric power exchange. The rest of the grid is less than the transport capacity.

Relation between Production and Consumption:

For the electricity grid as a whole, production and consumption should be equal to each other:

Difference between local production and consumption:

For each location in the grid, the exchange Ti with the rest of the grid is equal to the difference between local production and consumption:

The role of the electricity transport both net consumption, Ci μ Pi. Net production, PiμCi, are limit by the transport capacity.

The requirements locally are not as strict as for the electricity grid as a whole.

Local balancing is only needed when otherwise the transport capacity is exceeded, i.e., when there is a large difference between local production and local consumption.

All the different forms of flexibility (see Section 1.4) and of energy storage (see Section 1.6) can also be used locally to avoid that the transport capacity is exceeded.

In that way the local consumption and/or the local production can be increased without the need for investment in additional transport capacity.

The limits are set instead mainly by the increase of net production and/or net consumption locally.

The ‘hosting capacity approach’ has been introduced for a systematic and transparent study of the amount of additional production or consumption that can be connected locally without the need for additional flexibility or transport capacity.’

1.6 The role of energy storage

The flexibility offered by consumption and production, as discussed in Section 1.4, is to a large extent related to energy storage. Part of the flexibility is offer by changes in behavior, which would be an interesting and important social study field.

But the main source of flexibility, and an important technical study field, is the use of energy storage to decouple production and consumption of energy.

Role of the electricity transport:

Also, important are the energy losses The power grid as part of a 100% renewable energy system 11 during the storage and the energy needed to allow for the actual storage. For several of the storage options energy conversion is needed, which is also associated with losses.

(A) Storage of the renewable energy:

For example, with reservoir-based hydropower. The energy can be store in this way for several months. With losses in the form of evaporation of the water in the reservoir.

Also, some solar-power installations have the option of storing energy in the form of hot molten salt. The energy loss is in the form of cooling down of the salt.

This limits the storage time to a few hours, but plans for demonstration projects mention 24-h storage times.

(B) Space heating and cooling are associate with natural storage:

In the thermal capacity of the building that is being heat or cool. Thermal time constants range from a few hours to more than 24 h. The storage time depends on the temperature difference and on the comfort zone in temperature, but storage times of up to about 1 hr seem possible. This natural storage has the additional advantage that there is no conversion loss and no standby-loss associate with it, which makes it very energy efficient.

(C) Heat and cold can also be store,

typically, in the form of hot or cold water. By using good thermal insulation, the thermal losses can be limited and storage is possible for several hours. An extreme case is to store energy in an aquifer underground where storage up to several months is possible.

Stockholm Arlanda airport uses such a system for seasonal storage of both heat and cold.

Fuel is a natural form of energy storage and storage can take place almost indefinitely. With some fuel types there is some energy use associated with the storage, for example, cooling of the storage installations. The long storage possibility makes that fuel is likely to become an important buffer in ensuring the reliability of the energy system. However, the conversion losses are high both from electricity to fuel and from fuel to electricity.

(E) Part of the future transport :

Part of the future transport will be power from batteries that are charge from the electricity grid. Also, this is a form of natural storage and the energy can be store under long time without high losses.

However, as the main purpose of the stored energy is to power the electric vehicle, its storage duration is in practice limit to a few hours. Assuming that a large part of the vehicle fleet will be electric and power from batteries, there is likely to be always a substantial amount of energy available in those batteries for balancing the electricity grid.

That is very much studied, is to maintain global or local balance between production and consumption of electricity by temporary storing a surplus in batteries located at strategic locations.

Storage of electricity (Type II) has as the main disadvantage that two conversions are need. However, with modern batteries (lithium-ion being the most appropriate one at the moment), the conversion losses are relatively small.

The advantage of storing electricity is that it can take place almost anywhere in the grid. Not restricted to production or consumption sites. The location does not matter for the overall energy balance in the electricity grid, but an appropriate choice of the location makes it possible to limit the need for transport capacity in the grid.

Figure 1.6 Energy storage in relation to the electric power system