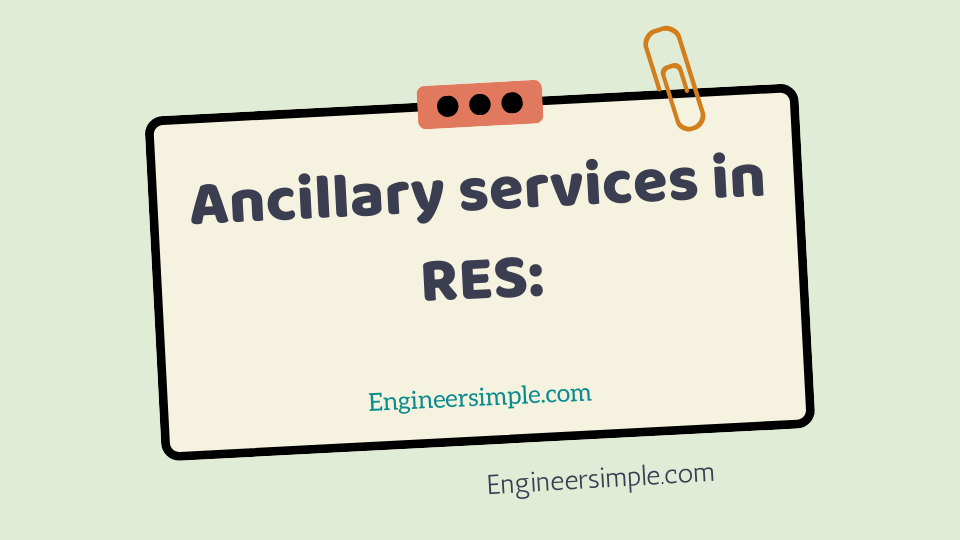 As grid-connected RES technologies are achieving significant penetration levels, interest in analysing the potential impacts of RES on the electric distribution grid is also increasing. The primary focus of VRE, such as wind and PV, had been on the provision of energy. Early on, because most types of renewable generation were connected to the medium-voltage system, the corresponding distribution grid codes that applied treated these renewables comparable to loads (in this case ‘negative loads’) that had to be disconnected from the grid as fast as possible in the case of disturbances. A gradual change in thinking began in 2001 when the German transmission system operator (TSO) E.ON Netz published a grid code that required wind power plant operators to ride through disturbances and to provide additional functionality (in addition to feeding in power) to support the operation of the conventional power stations. These functionalities included the provision of reactive power, the remote controllability of active and reactive power, the capability to keep operating after grid faults, and the capability to perform frequency down-regulation (e.g., to reduce the active power output in the case of an increase in frequency).

Today, such capabilities are usually referred to as ancillary services, and examples can be found in the literature – e.g., the authors of focused on PV production for residential applications, and the authors of analysed intermittent wind resources. Indeed, with an aim towards maintaining continuity and security in electricity supply, most countries with increasing penetration levels of RES have developed Ancillary services in RES: comparisons among different countries specific requirements to connect them to the grid (also known as a grid code). Grid codes aim to avoid undesired disconnection under the presence of disturbances – mainly voltage dips – and they establish rules and limits for the active and reactive power as well as expected performance under frequency and voltage oscillations. These requirements have mainly focused on wind power plants due to their major presence in current power systems. In fact, annual wind power installations in the European Union have increased steadily during the past 12 years – from 3.5 GW in 2000 to 11.2 GWin 2013, with an average annual growth rate of 11%. PV generation has become the third most important renewable source, after hydropower and wind power. Its growth has been considerably high during the last few years. For example, at the end of 2009, cumulative installed PV capacity in the European Union was approaching 17 GW, and one year later it accounted for approximately 30 GW. In 2013, more than 136.7 GW of PV generation was installed globally – an amount capable of supplying at least 77 TWh of electricity every year (Figure 2.3). Figure 2.4 shows the new Ancillary services in RES: comparisons among different countries installed and decommissioned power capacity at the end of 2015 in the European Union, and Figure 2.5 shows the power capacity at the end of 2015 in the world. Nevertheless, and despite the relevant presence of PV power plants in current power systems, few countries have developed specific technical requirements for these installations and their performance under disturbances. Usually these requirements have been quite similar to those for wind power plants, with the exception of the German Grid Code, which refers to technical guidelines and requirements specifically for the interconnection of PV.

Figure 2.4 New installed and decommissioned power capacity at the end of 2015 in the European Union

Note that despite the increasing RES installations, the conceptual priority of RES in current grid codes is not to replace conventional generation but primarily to reduce consumption. This may be seen as a question of wording only, but with respect to the requirements this has a significant impact. For a long period of time, ‘negative loads’ such as RES were considered to behave like typical loads connected to a distribution system – i.e., they should limit the impact on the grid by having a predefined power factor range and disconnect in the case of grid events such as relevant changes in voltage magnitude, voltage phase angle, or frequency.

Figure 2.5 Renewable power capacity at the end of 2015 in the world, the 28 member states of the European Union (EU-28), the five major emerging national economies (Brazil, Russia, India, China, and South Africa; BRICS), and the top seven countries.

Largely resulting from pressure by TSOs, requirements for RES – even those connected to a distribution system – usually try to limit their impact on the grid. Features such as the capability to support the grid are often referred to as RES being ‘grid friendly,’ and they are Ancillary services in RES: comparisons among different countries necessary to reduce possible impacts on the grid in the case of disturbances; however, note that these features always assume a stable grid consisting of a sufficient number of synchronous generators in operation that ensure basic services such as voltage stability (by providing voltage control and sufficient short-circuit power) and frequency stability (by providing primary control and system inertia). Today’s grid code requirements describing ancillary services are not intended to replace the basic services provided by conventional power stations. Also, today’s RES are neither allowed (by grid codes) nor capable (due to existing control and hardware design) to provide these services. The development of a next generation of RES that may provide such features on a larger scale (not only for a small, islanded system) is only beginning.

Frequency control services are related to the short-term balance of energy and frequency of a power system. According to the definition by the Union for the Ancillary services in RES: comparisons among different countries Coordination of the Transmission of Electricity [36], frequency control includes automatic (primary/secondary) and manual (tertiary) frequency regulation and operating reserves, as illustrated in Figure 2.6. This is the main service provided by generators (online for automatic services and online or offline for longer-term activated services). It can also be provided from flexible loads and storage units.

Recently, a demonstration project was conducted by the National Renewable Energy Laboratory in collaboration with Puerto Rico Electricity Power Authority (PREPA) to demonstrate the ability of a PV power plant to operate in spinning reserve mode by curtailment. Puerto Rico’s transmission system consists of 230-kV and 115-kV lines, 38-kV subtransmission lines, and 334 substations. PREPA’s typical summer daytime peak load is approximately 2.8 GW. Total installed generation in the region has a capacity of 6 GW, with 173 MW of wind and PV generation; the rest is based on petroleum and natural gas. AES’s 20-MW Ilumina PV power plant, located in Guayama, Puerto Rico, consists of 40 inverters rated at 500 kWac each. Several solar irradiance sensors are placed strategically within the PV plant, and they are used to forecast the actual output of the PV plant. Based on the real-time forecast of the plant output, supervisory control is used to curtail the output Ancillary services in RES: comparisons among different countries of the PV plant partially by 20% (and subsequently 40%) to operate the PV plant with a spinning reserve of 20% from the maximum available power generation.  The frequency control is demonstrated by the implementation of both the droop control and the automatic generation control. The demonstration projects were implemented successfully, as reported in.

From a system point of view, voltage is the prerequisite for any kind of power transport. By changing the amount of reactive power provided to a grid (by changing the reactive power reference of power stations and active or passive sources), the power flow in the grid can be controlled. In most countries, RES play only a very limited role in controlling the voltage of transmission systems.

At the level of the distribution system, voltage control services focus on maintaining power system voltage within the prescribed bounds during normal operation and during – and especially following – disturbances by keeping the balance between generation and consumption of reactive power. Voltage control includes reactive power supply (injection or absorption), and it can be provided by dynamic sources (generators, synchronous compensators) and static sources (capacitor banks, static voltage controllers, and FACTS1 devices), including network equipment such as tap-changing transformers in the substations and loads. Voltage control has two targets (Figure 2.7):

Starting in 2006, the capability to provide ancillary services, such as (limited) frequency control and voltage control, has become a requirement in grids that have a high penetration level of renewables. Nevertheless, knowledge gaps – especially at the level of distribution system operators – and thus the need for further research have been identified in the area of the provision of ancillary services from RES. For example, according to, in the context of ancillary services delivered from wind power plants, further investigations strengthening system reliability are necessary regarding faster and reliable communication (i.e., among wind power plants and system operator control rooms), dedicated tuning of the control strategies, estimation of available power, and coordination of offshore wind power plants to provide reactive power control or voltage control at their land-based point of coupling. In the context of ancillary services delivered from PV, further investigations are needed on available (regional) power estimation, faster and reliable communication and control within the plants, and improved control strategies.