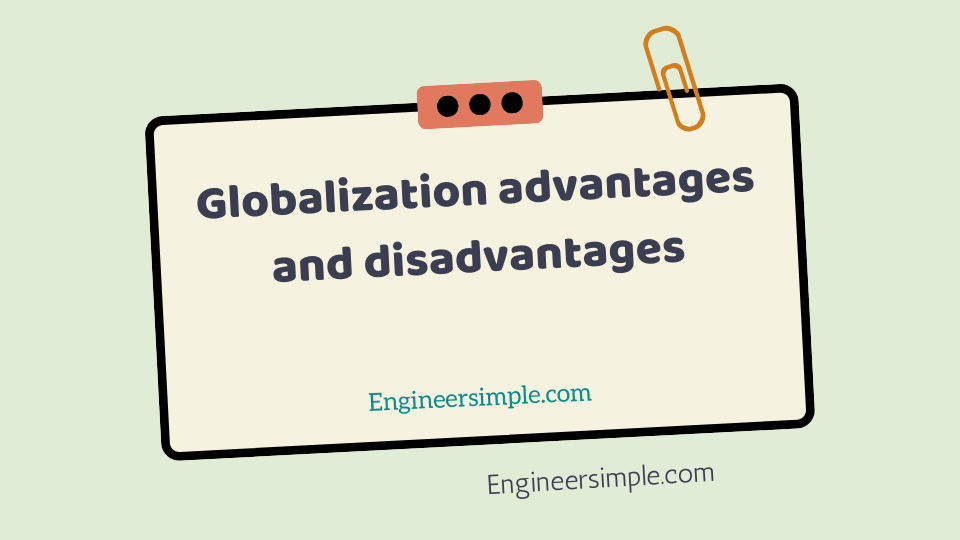 Globalization has become a buzzword in the new era of international politics and relations. In fact, globalization is the concept inherent in the New World after the end of the World War II by the big and powerful nations. Globalization is related to the free-market economy which means free movement of goods, services, people, and information across the national borders.

Globalization is basically an economic concept. It has evolved from late capitalism. Globalization aims at globalizing capital and goods. That is, globalization is a process of expanding trade and commerce increasing the flow of capital and commodities all over the world by creating a borderless market.

Globalization is now on a strong foundation. The development of hi-tech communication systems and rapid transportation facilities has turned the world into a village. The barrier of land and space has been removed. As a result, we can now learn in an instant what is happening in the farthest corner of the world. We can also travel to any part of the world in the shortest possible time. The use of computers, mobile and satellite networks, the internet, and other information technology have brought the whole world into our drawing room or office room.

Countries of the world are very closer to each other. They can share their views and ideas, knowledge, information, and technology. Globalization has opened up a new horizon of tremendous possibilities for the nations of the world. They even can stand by the distressed nations instantly. The process of globalization has made the whole world a free and huge market for goods and services. The inhabitants of the whole are the consumers of the products. A product produced in one country is quickly marketed all over the world and thus available anywhere the glove. So, globalization increased trade, and commerce flow of capital money, investment, movement of people and workes all over the world.

Nothing is an unmixed blessing. Globalization has a far-reaching and profound impact on many aspects of life. Globalization widening the gap between the gap between rich and poor, between developing and developing or underdeveloped nations. Because, agro-based, technologically backward, and poor countries are no match for industrially developed, technologically advanced, powerful nations. Globalization aims as widening the market for capital and goods, but at the same time, it ensures maximum profit for the capitalists and investors. In this case, the poor and underdeveloped nations are lagging behind in the competition of the market.

Capital doesn't flow alone. With capital and goods, ideas and value, culture and power all move. Thus, globalization is now being seen as a cultural and ideological assault on developing nations. Critics of globalization assert that globalization has ended racial, cultural, and linguistic varieties and distinction of the nations. English has become a global language threatening the existence of minor languages of the world. In fact, globalization has a tremendous impact, sometimes slow and unnoticed, but steady and powerful, over the life-style, food habits, clothes, education, sports, and culture many other aspects of the global people.

Globalization has both prospects and pitfalls. If the nations of the world can create an atmosphere of cooperation, peace and solidarity, every nation can be benefited from the process of globalization. They can fight  together global problems like poverty, illiteracy, aids, war and conflicts, terrorism and also work together in solving the problem of over-population, hunger and environmental pollution or global warming. The globe then would be better place for everybody.