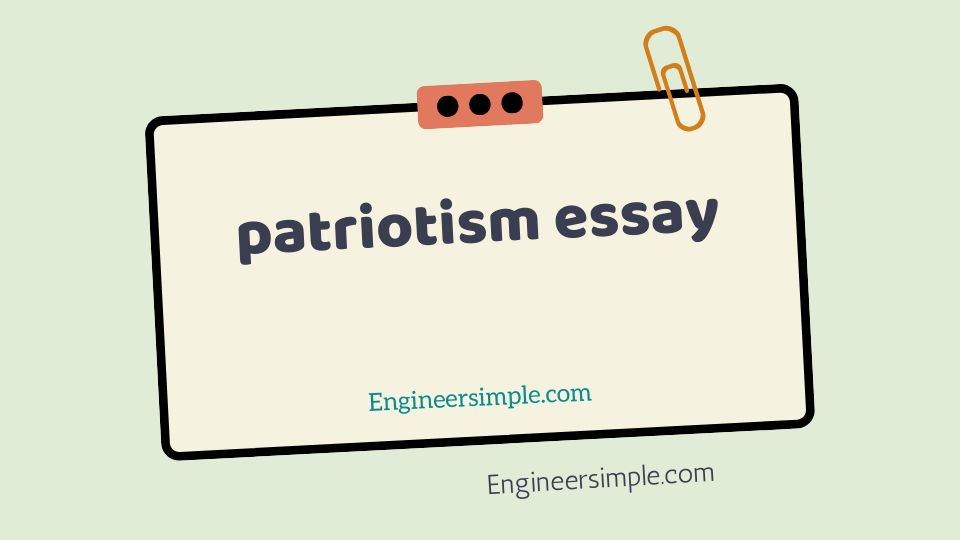 Patriotism is a deep love of a man for his motherland, the land of his birth. It is a great human quality. It is very important for the progress and independent existence of every country. A man having this virtue is called a patriot. It is also a divine virtue.

Patriotism consists in whole hearted devotion to a man’s country. He devotes his life to her cause and sacrifices himself to defend her honor. A true patriot works selflessly for the good of his native land. He is bold and leads a dignified. He always wants the welfare of the country.

Narrow patriotism provokes ill feelings between two countries and often leads to war. It is a positive danger. If our patriotism is narrow, we can never move towards the universal brotherhood of man and the unity of the human race.

The pages of history are filled with shining examples of patriotism. Mohanlal in the battle of palashy died fighting for the sake of his motherland.

Patriotism is a noble virtue. It is a part of your religion. A true patriot is an ideal citizen of a country. He is the real glory of a nation. A man without patriotism is hate by all. So we should love our country dearly.