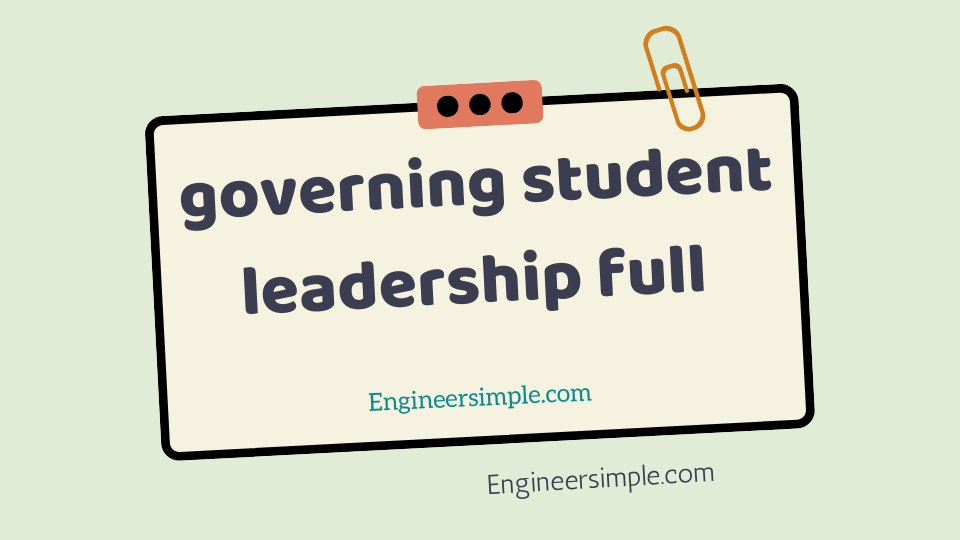 Governing over Controlling needed in student leadership Every school needs student leaders that guide and represent its students. Student leaders are often a part of the school's Associate Student Body, or ASB: an ASB member is a student elect official who organizes, manages, and implements student activity. As an elected member, an ASB representative has power over other students – essentially, the individual is elevated to a position over the rest of the student body.

First, creating public policy requires one to decide or determine appropriate terms. And second, administering these policies requires some sort of regulation or control.

A prime example of such a student leader comes in the 2002 ASB President Ryan Tenold. As a governing student leader, Ryan regularly seeks input, comments, and concerns from fellow classmates: as a result of such involvement, community events like the Pig Roast turn out to be very successful and enjoyable. Also as a result of such involvement, school policy found in the handbook and elsewhere is not burdensome but reasonable: for instance, many students accept and abide by the schools reasonable driving policy stating students are to abide by all speed limits, and stay on campus during school hours.

Search Your  Dream Jobs on jobbd.org