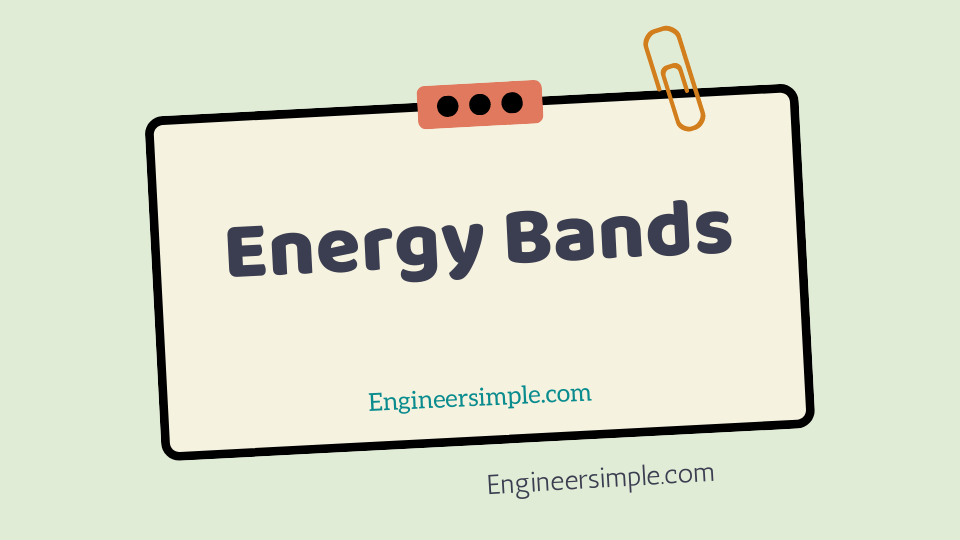 In case of a single isolated atom, the electrons in any orbit possess definite energy.
However, an atom in a solid is greatly influence by the closely-packed neighboring
atoms. The result is that the electron in any orbit of such an atom can have a range of
energies rather than a single energy. This is know as energy band. The range of
energies possessed by an electron in a solid is know as energy band.

The concept of energy band can be easily understand by referring to Fig. 4.3.
Fig. 4.3 shows the energy levels of a single isolated atom of silicon. Each orbit
of an atom has a single energy. Therefore, an electron can have only single
energy corresponding to the orbit in which it exists. However, when the atom is in
a solid, the electron in any orbit can have a range of energies. For instance,
electrons in the first orbit have slightly different energies because no two
electrons in this orbit see exactly the same charge environment. Since there are
millions of first orbit electrons, the slightly different energy levels form a band,
called 1st energy band [See Fig. 4.3 (iii)]. The electron in the first orbit can have
any energy range in this band. Similarly, second orbit electrons form second
energy band and so on.

As discussed before, individual K, L, M etc. energy levels of an isolated atom are
converted into corresponding bands when the atom is in a solid. Though there are a
number of energy bands in solids, the following are of particular importance [See Fig.
4.41]:

The range of energies (i.e. band) possessed by valence
electrons is know as valence band.

The electrons in the outermost orbit of an atom are know as valence electrons. In a
normal atom, valence band has the electrons of highest energy. This band may be
completely or partially filled. For instance, in case of inert gases, the valence band

whereas for other materials, it is only partially fill. The partially band can
accommodate more electrons.