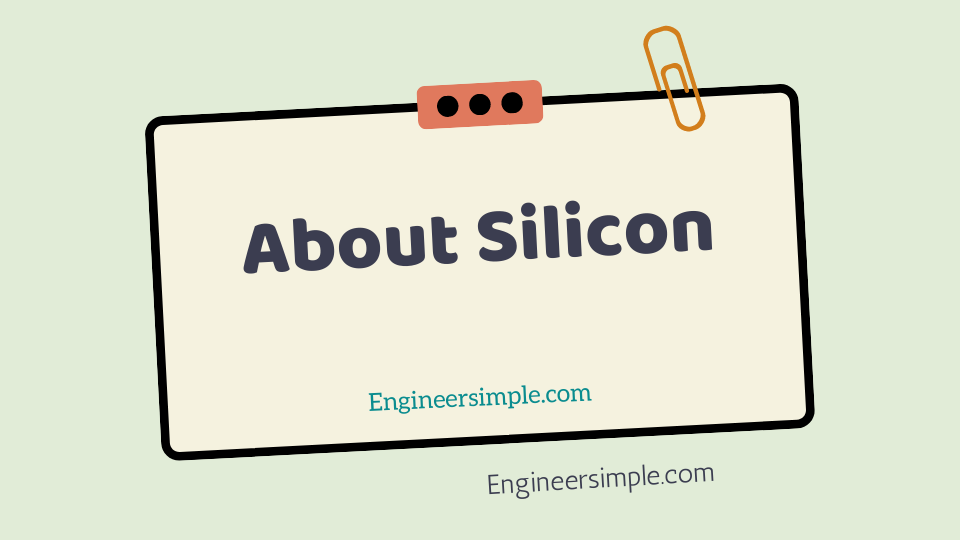 During the infancy of electronic industry, both germanium and silicon were used
in the manufacture of semiconductor devices. As the electronic field advanced, it was
realized that was superior to germanium in many respects. Since silicon is the
most widely used material in the manufacture of semiconductor devices, we shall
continue to discuss the properties of this material (as compared to germanium) as and
when we get the chance.

(i)Note the atomic structure of germanium and silicon in Fig.1 carefully.

This means that germanium valence electrons require smaller amount of additional energy to escape from the atom
and become free electron. What is the effect of this property? This property makes
germanium more unstable at high temperatures. This is the basic reason why silicon is
widely used as semiconductor material.

(ii) Fig. 1.b shows the energy level/band of silicon atom. The atomic number of
silicon is 14 so that its 14 electrons are distribute in 3 orbits. Each energy level/band is
associated with certain amount of energy and is separate from the adjacent bands by
energy gap. No electron can exist in the energy gap.

For an electron to jump from one orbit the next higher orbit, external energy (e.g heat) equal to the energy difference of
the orbits must be supply. For example, the valence band is shown to have an energy
level of 0.7 eV.

The conduction band is shown to have an energy level of 1.8 eV. Thus
for an electron to jump from the valence band to the conduction band, an energy = 1.8-
0.7=1.1eV must be supplied. As you will see, the energy band description of substances
is very important in understanding many fields of science and engineering including
electronics.