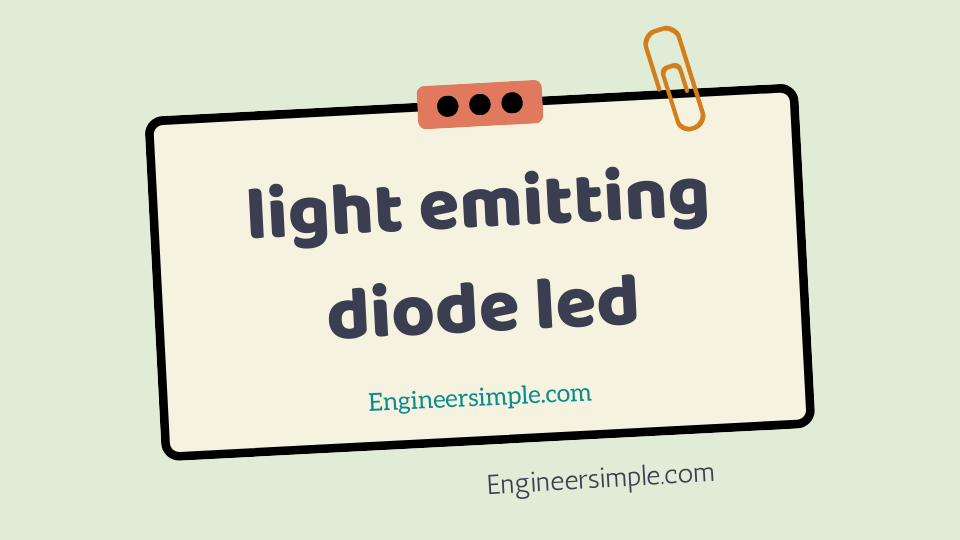 A light-emitting diode (LED) is a diode that gives off visible light when forward biased.
Light-emitting diodes are not made from silicon or germanium but are made by
using elements like gallium, phosphorus and arsenic.

By varying the quantities of these
elements, it is possible to produce light of different wavelengths with colors that in clude
red, green, yellow, and blue. For example, when a LED is manufactured using gallium
arsenide, it will produce a red light. If the LED is made with gallium phosphide, it will
produce a green light

Theory. When light-emitting diode (LED) is forward biased as shown in Fig.1

(i), the electrons from the n-type material cross the pn junction and recombine with
holes in the p-type material. Recall that these free electrons ate in the conduction band
and at a higher energy level than the holes in the valence band. When recombination
takes place, the recombining electrons release energy in the form of heat and light. In
germanium and silicon diodes, almost the entire energy up in the form of heat and
emitted light is insignificant. However, in materials like gallium arsenide, the number of
photons of light energy is sufficient to produce quite intense visible light.

Fig.1(ii) shows the schematic symbol for a LED. The arrows are show as
pointing away from the diode, indicating that light is being emit by the device when
forward biased. Although LEDs are available in several colours (red, green, yellow and
orange are the most comnon), the schematic symbol is the same for all LEDs. There is
nothing in the symbol to indicate the colour of a particular LED.