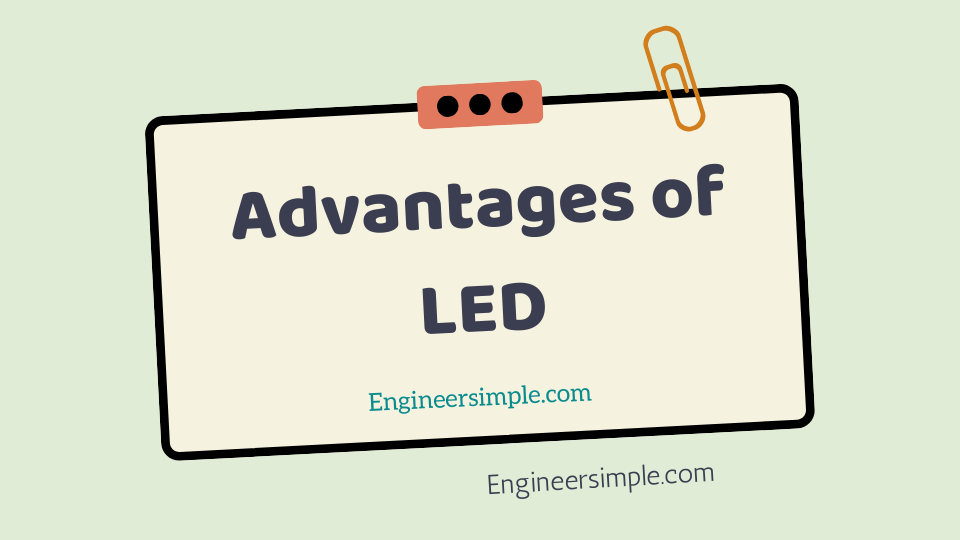 The light-emitting diode (LED) is a solid-state light source.

LEDs have replaced
incandescent lamps in many applications because they have the following advantages:

A LED than emits one colour when forward biased and another colour when reverse
biased is call a multicolor LED.
One commonly used schematic symbol for these LEDs is shown in Fig. 1.
Multicolor LEDs actually contain two pn junctions that are connected in reverse-parallel
with anode of one being connected to the cathode of the other.

If positive potential is
applied to the top terminal as shown in Fig. 1(i), the pn junction on the left will light.
Note that the device current passes through the left pn junction. If the polarity of the
voltage source is reversed as shown Advantages of LED in reversed and is now padding through the right
pn junction.
Multicolor LEDs are typically red when biased in one direction and green when
biased in the other, If a multicolor LED is switched fast enough between two polarities,
the LED will produce a third colour. A red/green LED will produce a yellow light when
rapidly switched back and forth between biasing polarities.