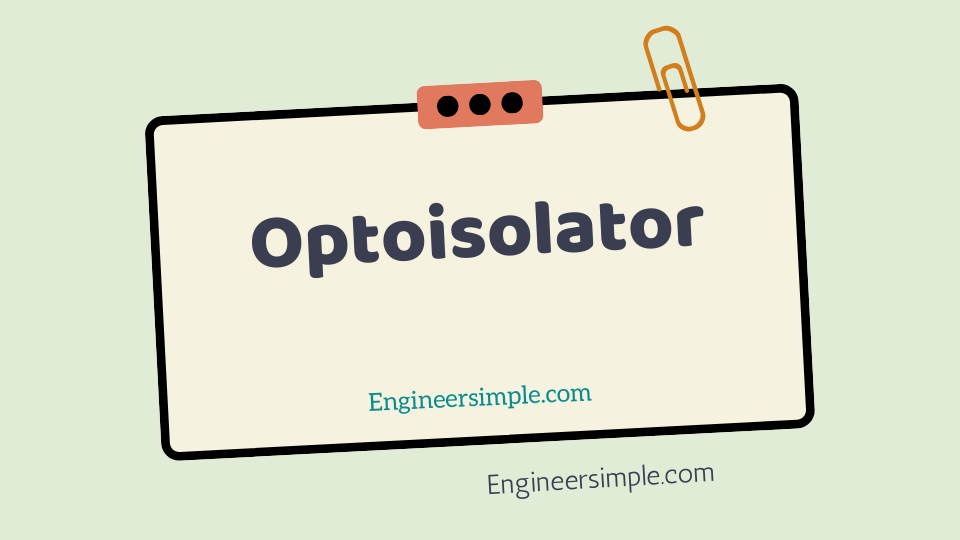 An optoisolator (also called optocoupler) is a device that uses light to couple a signal
from its input (a photoemitter e.g., a LED) to its output (a photodetector e.g. a photo-
diode).


Fig. 1 shows a LED-photo diode optoisolator. The LED is on the left and the
photo-diode is on the right. The arrangement shown in Fig.1 is referred to as
optocoupling because the output from the LED circuit is coupled via light to the photo-
diode circuit. When the LED is energise, current flows through the LED. The light from
the LED hits the photo diode and sets up a reverse current through resistor R 2.

The voltage across the photo-diode is give by:

The output voltage depends on how large the reverse current is. If we vary the
LED supply, the amount of light changes and this causes the photo diode current to
change. As a result, V out changes. The volt the key advantage of an optoisolator is the electrical
isolation between the input and output circuits; the only contact between the input and
output circuits is the stream of light.