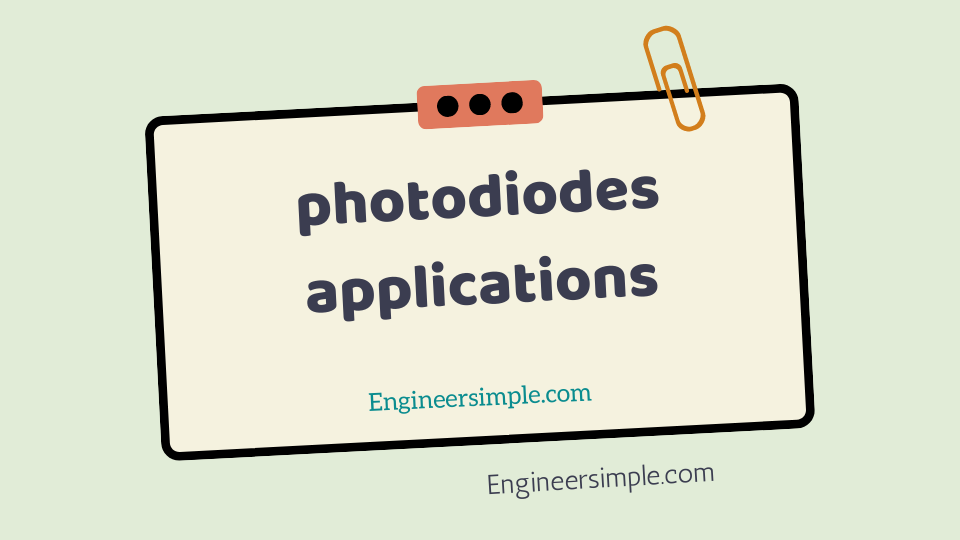 Fig.1 shows the use of
photo-diode in an alarm system. Light from al light source is
allowed to fall on a photo-diode fitted in the doorway. The reverse
current I R will continue to flow so long as the light beam is not
broken. If a person passes through the door, light beam is broken
and the reverse current drops to the dark current level. As a result,
an alarm is sounded.

(ii) Counter circuit using photo-diode. A photo-diode may be use
to count items on a conveyer belt. Fig. 2 shows a photo-diode
circuit used in a system that counts objects as Applicaton of Photo-diodes they pass by on a
conveyor. In this circuit, a source of light sends a concentrated
beam of light across a conveyor to a photo-diode. As the object
passes, the light beam is broken, I R drops to the dark current level
and the count is increase by one.

From the reverse current-Illumination curve for a
photo-diode shown in Fig.3, determine the dark resistance,
Assume a reverse-biased voltage of 10 V.

Example 2. A photo-diode is expose to light with an illumination of 2.5
mW/cm 2 . If the sensitivity of the photo-diode for the given conditions is 37.4 µA/mW/cm 2 ,
find the reverse current through the device.
Solution.