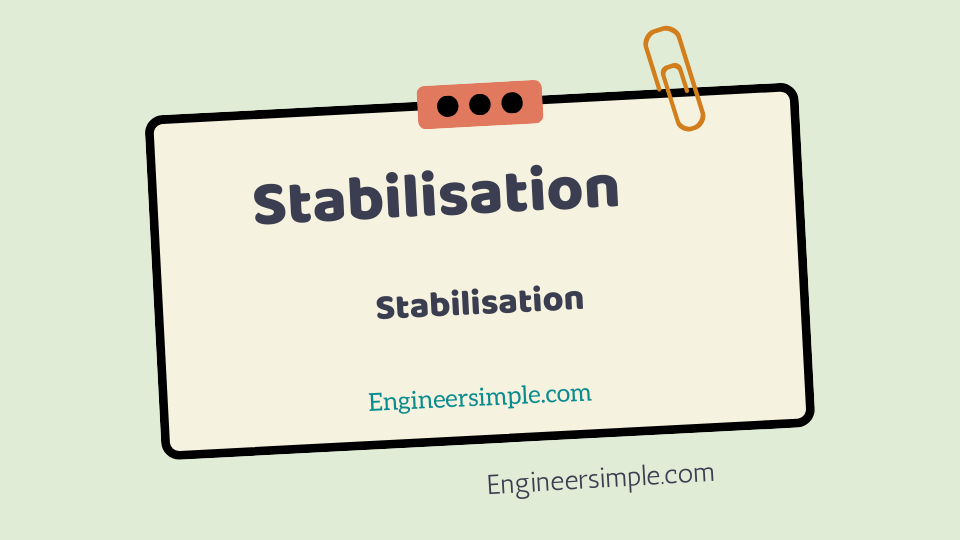 The collector current in a transistor changes rapidly when.

(i) the temperature changes,
(ii) the transistor is replaced by another of the same type. This is due to the
inherent variations of transistor parameters.

When the temperature changes or the transistor is replaced, the operating point
(i.e. zero signal I C and V CE ) also changes.

Stabilisation of the operating point is necessary due to the following reasons :

The collector leakage current I CBO is greatly influence (especially in germanium
transistor) by temperature changes. A rise of C doubles the collector leakage current
which may be as high as 0.2 mA for low powered germanium transistors. As biasing
conditions in such transistors are generally so set that zwro signal I C m = 1 mA,
therefore, the change in I C due to temperature variations cannot be tolerate. This
necessitates to stabilise the operating point i.e. to hold I C constant inspite of temperature
variations.

The value of and V BE are not exactly the same for
any two transistor is replace by another of the same type, these variations change the
operating point. This necessitates stabilising the operating point i.e. to hold I C constant
irrespective of individual variations in transistor parameters.

It is clear from exp.

(i) that if I CBO increases, the collector current I C increases
by ( + 1) I CBO . The increased I C will raise the temperature of the transistor, which in turn will cause I CBO to increase. This effect is cumulative and in a matter of seconds, the
collector current may become very large, causing the transistor to burn out.
The self-destruction of an unstabilise transistor is know as thermal runway.
In order to avoid thermal runway and consequent of transistor, it is very essential
that operating point is stabilise i.e. I C is keep constant. In practice, this is do by
causing I B to decrease automatically with temperature increase by circuit modification.
Then decrease in I B will compensate for the increase in ( + 1) I CBO , keeping I C nearly
constant. In fact, this is what is always aim at while building and designing a biasing
circuit.