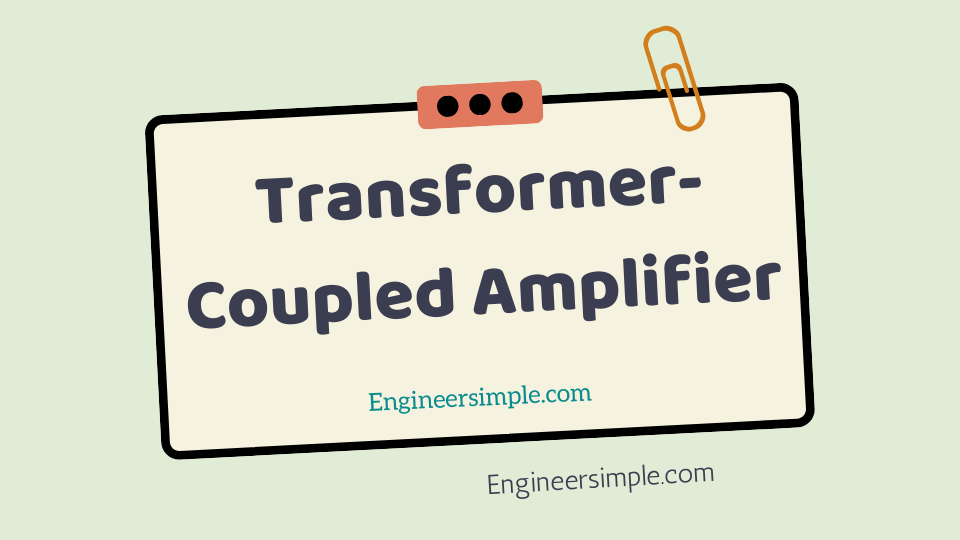 ** The resistance on the secondary side of a transformer reflected on the primary depends upon the turn ratio of the transformer.

pedance-changing properties of transformer, the low resistance of a stage (or load) can be reflected as
a high load resistance to the previous stage.

When an a.c. signal is apply to the base of first transistor, it appears in the amplified form across primary P of the coupling transformer. The voltage developed across primary is
transferred to the input of the next stage by the transformer secondary as shown in Fig.1. The
second stage renders amplification in an exactly similar manner.

The frequency response of a transformer coupled amplifier is show in Fig.2.

It is clear that frequency response is rather poor i.e. gain is
constant only over a small range of frequency. The output voltage is equal to the collector current multiply by reactance of primary.

At low frequencies, the reactance of primary begins to fall, resulting in decreased
gain. At high frequencies, the capacitance between turns
of windings acts as a bypass condenser to reduce the
output voltage and hence gain. It follows, therefore, that there will be disproportionate amplification of frequencies in a complete signal such as music, speech etc.
Hence, transformer-coupled amplifier introduces frequency distortion.
It may be added here that in a properly designed transformer, it is possible to achieve a fairly constant gain over the audio frequency range. But a transformer that achieves a frequency response comparable to RC coupling may cost 10 to 20 times as much as the inexpensive RC coupled amplifier.