Tidal Power Plant: how it works

There are various renewable energy sources on our earth. The most underrated renewable energy sources known as tidal energy or tidal power. It is actually a form of hydro energy that converts the rise or fall of the tide into electricity. As long as the earth rotates, tidal energy will be generated. This unlimited power to be harness to produce electricity. However, this type of power plant can only be install along the coastlines. Because, coastlines experience two high tides and two low tides each day. Electricity can be generate if the differences of these tides are at least five (5) meters. 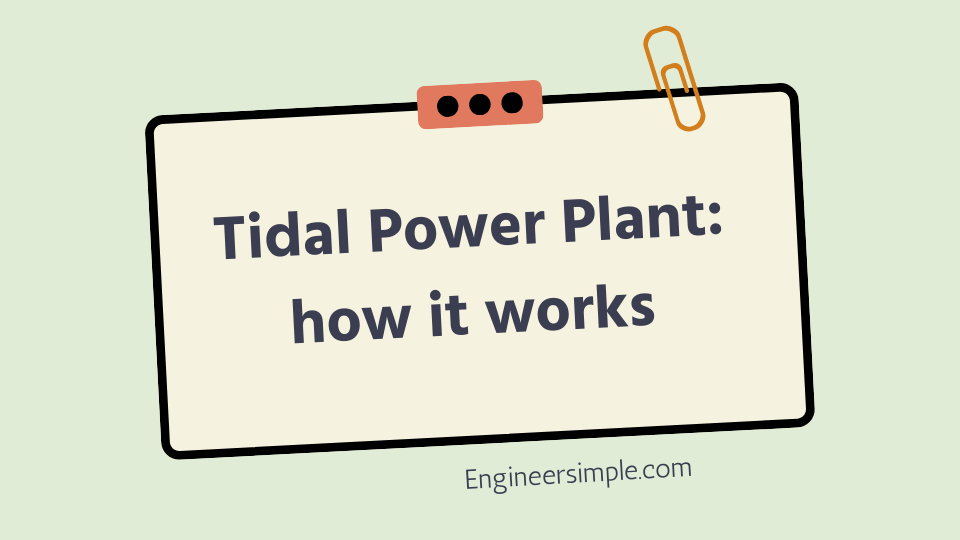 Turbine generator: The task of the turbine generator is the same as other generators used in typical power plants. It produces electricity by converting the kinetic energy of the tidal wave into electrical energy. After that the produced power is step up with the help of a step up transformer.

Tidal basin: The Tidal basin works as a reservoir. It maintains the flow of water for the turbine generator in order to make it operate even if there is no pressure of ocean current during low tide.

The working principle of a tidal power plant is simple. During the time of high tide, the dam is overflown. In order to protect the dam and to prevent overflow, sluice gates are open in order to pass the water through the generator and thus it operates. However, at the time of low tide, ocean current is low compare to tidal basin. Therefore, the tidal basin lets the reserved water flow through the sluice gates and hence, the generator runs.

There are different technologies available for generating tidal power such as-

2. Tidal Fences: These are giant turbines that use tidal waves power to convert it into electricity. These turbines are placed in horizontal orientation as shown in the figure in such a type of power plant.

As described earlier on this topic, this type of power is much more suitable for offshore areas. Thus, a bigger amount of electricity can be produce by using its mechanism. Because ocean current has more density compared to air. Statistics show that ocean water is approximately 832 times more dense than air. Therefore, it can produce more energy than that of air.

One of the major advantages of tidal power is that it is easy to install and requires less footprint compared to other renewable energies  like solar or biogas power plants. It is a form of clean energy and it emits no greenhouse gases. Its drawback is that it is very costly to install, especially the dam and other architectures. It has a very low impact on the environment. It is specially design for some criterion that matches with few suitable sites thus making it site specific. Also the tidal cycle does not match with the customer's load cycle. Therefore, demand supply management is quite tough to maintain for these type of power plant