In this article, we'll look at which piece of hardware connects your network to the internet.

After setting up your computer, the first thing you should do is connect to the internet so you can quickly check your important emails, stream videos, and talk to people around the world.

To connect your devices to the internet, you can use a Local Area Network and set up a wireless network, like Wi-Fi.

There are two kinds of LANs: wireless and wired. As the name suggests, wireless networks do not use wires. Instead, they use radio frequency technology.

Wireless LAN lets you connect to a network in a small area because it uses radio signals.

On the other hand, Wired LAN uses cables, network adapters, and fibers to connect to the internet.

In either case, you'll need a piece of hardware like a switch, hub, or router to connect everything. 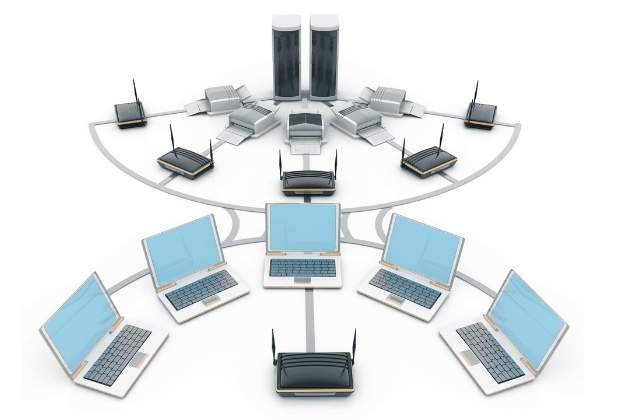 Which piece of hardware is in charge of linking your network to the internet?

Because it connects to the internet via satellite, satellite internet is available almost everywhere.
You can connect to this kind of internet by putting the satellite dish on your roof or in an open area.
The dish will pick up signals from space and send them to your house using hardware like a router or switch.
Even though satellite Internet is more common than other types of internet, it is slower and less reliable than fiber, cable, or DSL internet.
Since the connection is based on satellite signals, tall buildings and bad weather can get in the way.

Still, cable internet is one of the most reliable and quick ways to get online anywhere in the world. It links to the internet through cable TV.
But the service doesn't have to be connected to cable TV in order to work. It uses a broadband connection instead.
The type of service plan you choose and the type and quality of your cable network are the main things that affect the speed of your cable internet.
You can make a wired cable data connection by connecting the coaxial cable to a modem. You can also set up a wireless computer network by connecting the modem to a router.
Many people choose cable internet over DSL because it is reliable and moves files quickly.
Cable service, on the other hand, is not available everywhere because it needs a broadband connection. Also, fiber-optic is slowly taking its place.

Fiber is the most modern technology when it comes to internet service. This type of connection is much faster and much more reliable than other types.
This technology sends light pulses along thin fibers made of glass or plastic. You can download at speeds of up to 2 Gbps.
The only bad thing about this technology is that it is hard to get.
Growing the global fiber-optic infrastructure has been a huge logistical challenge, and there is still a lot to do.
The fiber was introduced about a decade ago as a service that cost a lot. It now costs the same as every other connection.
Since this is the case, it is the most cost-effective technology we have right now.

DSL (Digital Subscriber Line) connects to the internet through a phone line, but you don't need a phone in your home for it to work.
It is much faster than dial-up and is available almost everywhere, unlike fiber or cable service, which is only available in a few places.
So, if you want to save money on Internet, you should think about getting a DSL network.
But, even though it's cheap and easy to get, it's much slower than fiber or even cable internet because of all the traffic on the network.

You need hardware or software that connects any of the above local area networks to the internet in order to use them.
These pieces of hardware help your computer work better and keep its connection stable.
So, whether you're setting up a home network or a wireless LAN, it's important to know what kind of device will work best.
Before you connect to the internet, you should know about four common networking devices:

Routers are devices for networking that let multiple computers share a single data connection. So, they build a strong network in their home area.
On the other hand, some routers come with built-in switches that let you connect multiple wired devices to a single Internet source.
You can set up a wireless home network or WiFi network because many routers are wireless. In a wireless home network, a router connects all of the devices that need to connect to the Internet. A modem is also connected to the router.
The good news is that you don't need to buy this piece of hardware separately in order to connect to the internet.
Instead, you can connect your computer to a modem with an Ethernet cable. Also, some modems come with a router, which lets you set up a free wireless network.
If your computer doesn't have wireless connectivity, you can connect it to a network by installing a wireless network adapter, which is usually a USB dongle.

A network switch, also known as a "bridging hub," is a wired connection that connects multiple devices.
It is part of the network layer of the OSI model, which uses MAC addresses or IP addresses to send data to the correct location.
Using data packets, the data is then sent to and processed by the receiver end.
The majority of switches are used in places with a large number of connected computers, such as data centers and large offices.
It can keep information flowing across multiple networks and knows which messages go to which computing unit.

People often mix up these wireless devices because a wireless router is both a router and an access point in one. First, let's talk about what makes them different.
A wireless access point is a hub that lets devices that don't have wires connected to wired networks through a jack.
It is made up of an Ethernet cable connected to a router that turns a wired network into a wireless network.
On the other hand, a router sends information from a local network to the Internet.
Most of the time, wireless access points are in public places where many wireless stations are linked together to make a large network.

It is mostly a box that changes the signals from your ISP into a stable data connection for your home network.
It is part of the data layer of the OSI model and can connect to more than one network.
The LAN port and the Service port are the two ports that most modems have. The device's WAN or Ethernet port is connected to the LAN port, and the service port is connected to the internet service.
There are different types of modems based on the type of service you use. For example, if you use DSL to connect to the internet, you will need a DSL modem.
There are different kinds of modems, such as fiber optic modems, cable modems, satellite modems, and more.

The internet is a worldwide network of computer networks that lets you get to and send almost any kind of information with just one click of your mouse.
After you buy Internet service from an ISP, you will need to buy a device to connect your network to the Internet.
You can do this with any of the above devices, depending on how fast you need to go, what kind of connection you have, and how much money you have.
Read More: On Which Social Network Should You Share Content Most Frequently
Next Post Previous Post
No Comment
Add Comment
comment url
Engineering Blogs,Problems & Solutions