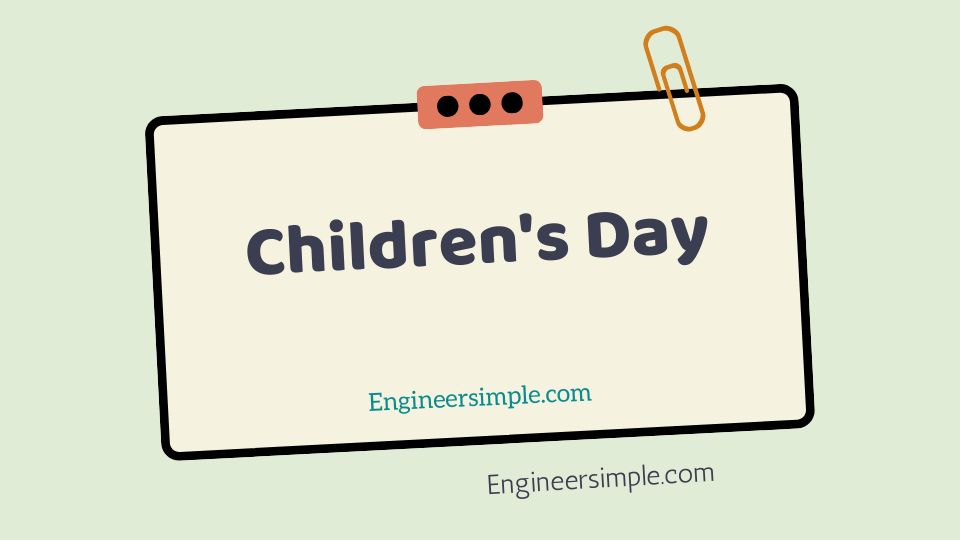 Introduction: Children's Day is celebrated to honor children globally aiming at protecting them from working long hours in dangerous circumstances and allowing access to rightful education.

Since 2009 JAGGO Foundation has been celebrating International Children's Day throughout Bangladesh by engaging youth and creating awareness about children's right on 20 November which is the declared Universal Children's Day by United Nation. After this movement gained a lot of attraction, Bangladesh started celebrating, Children's Day on 17 March on the birthday of the Father of the Nation Bangabandhu Sheikh Mujibur Rahman.

Children’s day is recognized on various days in many places around the world to honour children globally. It was first proclaimed by the world conference for the well being of children in 1925. The
government of Bangladesh pays much attention to the well being of children and it annually organizes special cultural events to celebrate national children’s day. It annually falls on March 17, the birthday
of independence leader Bangabondhu Sheikh Mujibur Rahman. It’s a public holiday. The ministry of women and children affair organizes cultural events to amuse the children. The prime minister of
Bangladesh addresses the children and their parents, emphasizes the importance of children for the future of the nation. The present government of Bangladesh is more attentive to children’s life and to
improve its level. Apart from national programs, children enjoy special events that are organized for them only. These events may include food fair, sports competition, cultural shows, and special easy/poem/painting competitions. To establish children’s safety and security the day is very significant.

Programs: Several NGOs take this day as the opportunity to extend a helping hand to the underprivileged children. They also organize several programs for underprivileged children. Often, people distribute books, food, chocolates, toys, and other necessary items among the children. Also, they organize cultural events for the orphanages where the children participate in events like quiz, dance, music, sports, etc. Even prizes, awards are distributed to the children. Various awareness sessions are conducted to make the children aware of various schemes implemented or announced by the government for their education, health, and welfare. Even on television, some special programs are telecasted on the day of Children’s day. Several newspapers also bring out special articles on this day, which demonstrates the immense talent of the children in various corners of the country.