The modern age is an age of science. There are many wonders of science. It has made our life easier and comfortable. Science plays a vital role in our daily life. It has made dreams and imaginations of man true. Science has conquered the forces of nature and engaged them for the service of mankind. Science is nothing but a systematic way of knowledge and living. Modern civilization itself is a gift of science. 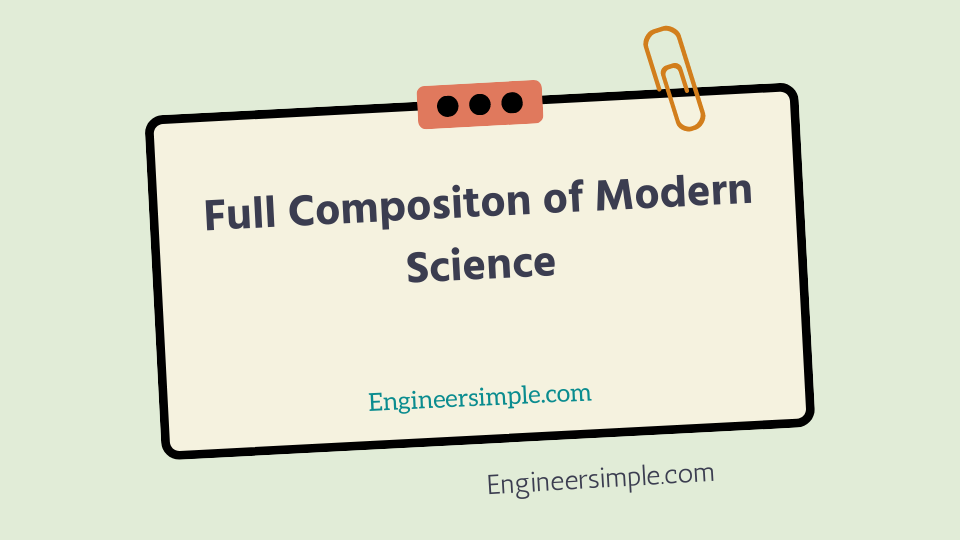 Modern science gift us a lot of facilities. The train, the bus, the steamer, and the launch carry us from place to place.  Science has conquered distance and brought us nearer by inventing the airplane. The rocket can move faster than the sound and they have helped us to conquer the moon.

Science has done a miracle in the field of medical science. It has enabled men to fight against disease effectively. It has saved human life by inventing medicine. penicillin and X-ray are the wonders of modern science in the field of medicine. In our time everyone hopes to live longer than his forefathers. Modern science has shown how malnutrition, hunger, and diseases can be overcome.

The invention of the computer is one of the greatest achievements of modern technology. It plays an important role in our daily life. It can put thousands of unrelated facts in order. Every sphere of our life become benefited by the magical touch of computer. The computer is used for all sectors like offices, medical science, commerce, banking, etc. It is also used as a medium of entertainment and can perform multimedia presentations. The computer has also brought about a great change in the field of information technology.

Science has developed our agriculture. It has turned a desert into fertile lands. Tractor, power pump and fertilizer increase the production of crops. we are no longer dependent on rainfall for our agriculture.

Nuclear fission occurs in a nuclear reactor and produces energy usually in the form of heat. In a nuclear power plant, this heat is used to boil water in order to produce steam which can be used to drive large turbines. It activates generators to produce electrical power.

Science has given us cinema T.V., Radio, and many other things. It has given us calculators, mobile phones, robots, cameras, and computers. These inventions help us in the field of education and entertainment.

The discovery of electricity is one of the wonders of modern science. Electricity works like magic. It is a very important source of power and energy. The invention of electricity has changed the face of the world. we can not think of our modern life without electricity.

1) Life becomes easy and comfortable through science and technology.

2) Travelling has become easy and fast in minutes.

4) The standard of living have increased with the increase in technology.

6) Due to the development of science and technology impossible has become possible.

7) Difficult things and work have become easy and comfort to man due to science and technology.

8) Life has become easy and stable.

One must always remember that anything in excess is poison, and science is no different. If it falls into evil hands, it can cause destruction on a massive level. For instance, to create nuclear weapons people use science. These are deadly enough to cause war and wipe out full-fledged countries. Another drawback is the pollution caused by it. As the world became more industrialized because of science, pollution levels increased. All the high-scale industries are now polluting natural resources like water, air, wood, and more. Subsequently, this industrial growth has increased rates of unemployment as machines are replacing human labor. So, we see how it also has a considerable amount of drawbacks as well.

How to minimize the disadvantages of science:

Science has given us a large number of advantages, but there are some things that are given and explained by science, which are causing disadvantages to us. Science also explains its disadvantage, so proper study of science helps in minimizing the disadvantages of science. Some proper steps to reduce these disadvantages should take by the government.

These are only a few blessings of science. Modern science is like Aladdin's magic lamp. But modern science is not an unmixed blessing. It has invented some deadly weapons. But science itself is not a curse for us. It is we who misuse the powers of science. The gifts of science should be utilized for the well being of humanity.
Next Post Previous Post
No Comment
Add Comment
comment url
Composition,General Blog