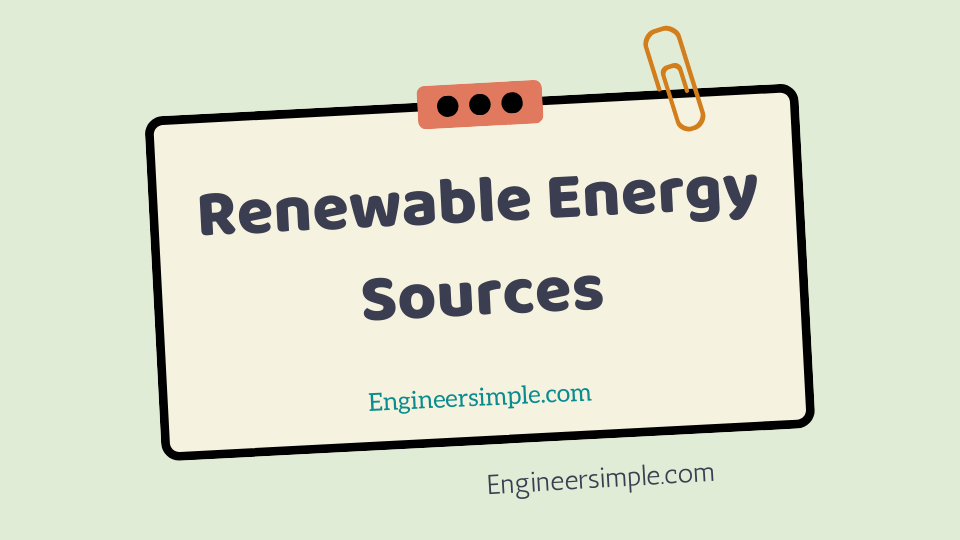 What is the main discussion?

For this chapter, the discussion about what exactly constitutes renewable energy is not relevant. Important is only that there will be a mix of energy sources of different sizes and at different locations, a lot of which will be constrained in time and in location.

When available solar and wind power?

Solar and wind power will only be available when the sun is shining or when the wind is blowing. A lot has been written about this already, where the somewhat inappropriate and confusing term ‘intermittency’ is typically use. But the actual situation is much more complicated. Next to the variations in availability, the availability of sun and wind is also difficult to predict renewable energy can be in the form of wind or solar power, .

Figure 1.2 A vision of a 100% renewable energy system; the arrows indicate the different energy conversions

This holds especially for regions with fast-changing weather patterns, like northwestern Europe. The availability of hydropower is easier to predict, at least up to a few months in advance, and at least where it concerns large-scale reservoir-based hydropower.

Unfortunately, this is also the type that is most difficult to build in many parts of the world, not only technically but also politically.

At timescales longer than a few months, also hydropower becomes less predictable. The amount of water in the reservoirs depends on the amount of rain or snow in the preceding weeks or months.

Countries with large amounts of hydropower (like Spain and Sweden) are very much aware of the existence of ‘wet years’ and ‘dry years’.

To which extent there is a correlation between dry years, years with little sun, and years with little wind are not known at the moment. But the overall impression from various studies is that the probability of lack of energy will reduce by mixing different sources of renewable energy, for example, combining wind power, solar power, and hydropower.

Use of renewable energy :

But a certain energy demand will remain, which is the one indicate in Figure 1.2. Energy efficiency is beyond the scope of this book; it is assume that the energy demand is the one that is necessary and that is the most efficient one.

For simplicity, a distinction is made in Figure 1.2 between three types of energy consumption: ‘heating and cooling’; ‘transport’; and ‘other consumption’.

The vision in the figure does not include a 100% electrical transport system. Instead, some of the transport will use fuel. But this fuel will not come from fossil fuel but from renewable sources, like biogas. Part of the fuel will also be produced from electricity through processes that go under the terms ‘Power2Gas’ and ‘Power2Liquid’.

(We will use the general term ‘Power2Fuel’ where needed.)

During periods with a surplus of fuel and/or a shortage of electricity, either locally or globally, the fuel can be turned back into electricity.

Heating and cooling will be partly using renewable energy directly, e.g., solar panels for water heating, partly based on electricity, and partly using the fuel from renewable sources or from Power2Fuel. In the latter case, this will most likely be in the form of combined heat and power (CHP, co-generation). Burning fuel just for space heating is rather inefficient compared to modern heat pumps and CHP installations.

The lower the losses, the sooner a 100% renewable energy system with sufficient reliability can be reached. The amount of conversions thus has to be limited to get an efficient energy system.

Increasing the efficiency of the various conversions is an important development as well, but also this is beyond the scope of this book. It should be noted however that the conversion technology to and from electricity can impact the electric power system as well.

Examples are harmonics from adjustable-speed drives and short-term voltage collapse due to airconditioners based on direct-driven induction motors.

The following conversion processes can be identified from Figure 1.3:

For heating and cooling; for example, solar panels for water heating;

Hydropower; wind power; solar power and other future sources like a wave or tidal power. The increase in efficiency of, for example, solar cells is important here;

4.Using electricity for heating and cooling:

In an efficient energy system, this is accomplish using heat pumps. In cold climates resistive heating or fuel-based heating may be use as an additional source during very cold periods.

5.Other use of electricity:

6.Use of electricity for transport:

This can be the direct use of electricity like electric trains, trams, and subways. For electric cars, the users will more likely be in the form of batteries that will be charged from the electric power grid. The transport system will be hybrid but most or all vehicles may be based on one single source.

Using electricity to produce gasses or liquids with high-energy contents. This could become an important form of storage ensuring the stability of the electric power grid.

This can be in the form of the conventional Carnot cycle, as part of CHP installations or by means of fuel cells. There are high expectations for the latter, but for the time being the first and second ones remain the ones with the highest efficiency.

9.Burning of fuel for space heating:

Burning of fuel for space heating or for other heating processing like in industrial production;

The use of fuel for powering vehicles like cars, boats, or planes.

‘The operation of the electric power system requires that production and consumption of electricity have to be always equal to each other’; ‘The reason for this is that electricity cannot be store’. Both statements are commonly make and are strictly speaking incorrect.

When looking at a timescale of milliseconds:

When looking at a timescale of milliseconds, there is a continuous conversion between electrical and magnetic energy in the electric power system, both of which are stored for a few milliseconds. This is related to the concept of ‘reactive power’.

At timescales of seconds:

Electricity or electric energy (electromagnetic energy would be the correct physical term) is a kind of energy and as such, it can be stored.

On the other hand:

However, there are no known processes to store electricity in a way useful for large-scale use. For the purpose of most of this book, we can therefore assume that electricity cannot be store and that the production and consumption of electricity have to be equal to each other at all times.

In an renewable energy source electric power system, the consumption varies with time over a range of timescales. As production and consumption have to be equal, the production has to vary in exactly the same way as consumption.

In the existing power system, the variations are set by the consumption and various control systems ensure that the production follows the consumption.

From a consumer viewpoint, this means that electricity is available whenever wanted.

This can be achieve, and actually it has for many years been the aim of the power system planning and operation to ensure that this is always the case

. An alternative way of looking at this is that the power system is dimension in such a way that it can cope with the worst-case; i.e., the highest amount of consumption. It is obvious that this can easily result in overinvestment, but electricity is such an important commodity for the society that this was consider a price worth paying.

This general planning approach is on the way out, however, for a number of reasons. One reason is that overinvestment has become less acceptable in society. Another reason is the introduction of free competition between companies producing electricity.

An important driving force here is the availability of technology to shift some of the flexibility from production to consumption.

Flexibility on the consumption side is not completely new and some applications have been around for many years. For example, many countries used to have time-of-use tariffs were electricity was more expensive during peak hours.

Also did some countries, France being one example, have a tariff option where electricity was more expensive on days with high expect demand in relation to the available capacity. Several of those schemes disappeared with the restructuring of the electricity market in the 1990s but have attained renewed attention rather recently renewable energy sources energy.

Figure 1.4 Sources of flexibility for the electricity grid in the 100% renewable energy system

Electricity for heating and cooling. The long thermal time constant of most buildings (several hours to days) makes that it is possible to adjust the electricity consumption to the availability of RES.

Electricity for use in transport. This concerns especially the use of electricity for charging batteries for electric vehicles. With direct-driven transport like electrified railways, the flexibility is much less.

Burning fuel for producing electricity. This is equivalent to the use of conventional fossil fuel-based production units.

As the frequency is the same throughout the power system, each device (production or consumption) can contribute to the balancing at this shortest timescale.

How can production units increase?

In the conventional power system, an unbalance between production Pprod and consumption Pcons does not immediately result in instability, because of the availability of energy in the rotating mass of the generators. Instead, the generators change speed, which is visible throughout the system as a change in frequency,

around a frequency f0:

The kinetic energy Ekin of the rotating mass:

The kinetic energy Ekin of the rotating mass in the generators is important to limit the frequency change and therewith give the control system time to react.

Modern types of renewable energy are connect to the grid through a power electronics interface that does not contribute to the kinetic energy available for system stability.

Keeping the system stable at these timescales is a major power system challenge for the 100% renewable energy sources energy system.

At longer timescales, beyond the power-frequency control, the issue is not so much the actual balancing but ensuring that there is sufficient margin available with production and/or consumption to allow them to be brought in balance with each other.

In conventional power systems, there are strict rules for the minimum amount of operating reserve that shall be available up to several hours ahead of time.

The further ahead of time, the more reserves should be available as the uncertainty in both production and consumption increases. Those rules do however only consider the availability of power production capacity.

Several of the storage options:

Several of the storage options, to be discuss in Section 1.5, are limit in time up to a few hours. When planning more than a few hours ahead, those cannot always be relied upon.

At longer timescales, weeks through years, we enter the realm of ‘operational planning’ and ‘planning’. For these timescales, the expected maximum consumption is compare with the amount of production capacity that is available with high reliability.

In a system with a large amount of hydropower, somewhat different long-term planning methods would be needed.