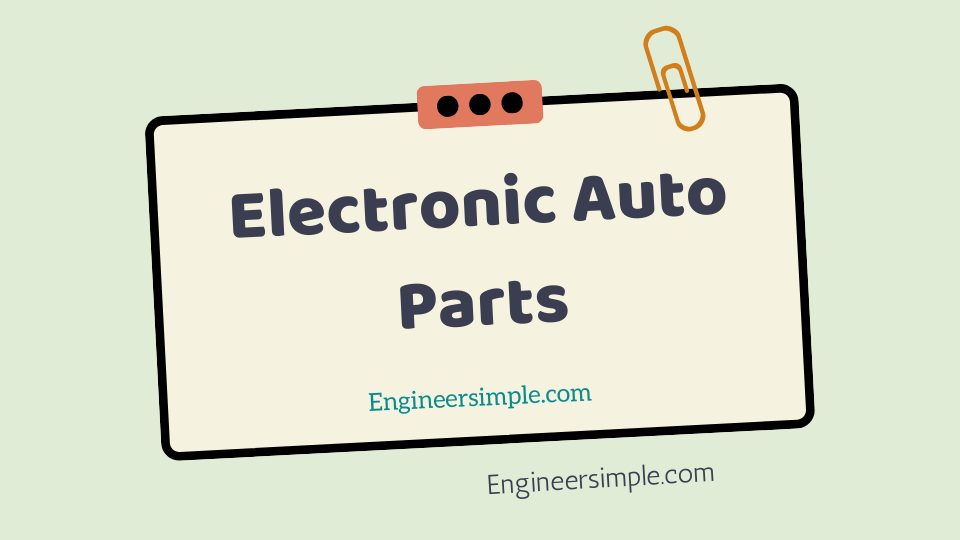 For over a century, vehicle performance has dominated the consumer dialogue about automobiles. Greater power, greater range, more space, and increasing luxuriousness have been norms used to judge the value of automotive innovation. Starting in the 1990s, contemporary EVs suffered from a branding crisis. They were perceived to be weak, slow, and short-ranged compared to their powerful ICE cousins. Twenty years later, however, consumers and industrial manufacturers have reassessed these initial assumptions the-continuum-of-automotive-electrification.

Today, the powerful performance characteristics of electrically driven vehicles are evident. The efficiency of electric motors combined with their instantaneous torque has helped EVs enter the contemporary automotive marketplace as clean and powerful options.

Meanwhile, performance-mind consumers are lure by the fact that some of the world’s fastest vehicles now use electric drives. Since 2010, a fully electric car designed by Venturi Automobiles (in collaboration with Ohio State University) has held the Federation Internationale de l’Automobile (FIA) record for the fastest electric land vehicle, recording a top speed of just over 495 km/h. Venturi’s new model, name “Jamais Content,” is aiming for a top speed that will break through the 700 km/h barrier by 2014 (Prince Albert of Monaco unveils for the first time the Venturi VBB-3 the world’s most powerful electric car, 2013).

These feats of performance dissipate lingering doubts about the power and coolness factors associated with electric drives.

As with most luxury, high-performance vehicles, the vast majority of car owners will not be able to afford a Venturi or even the much less-expensive (but still luxurious) electric Tesla Model S.

There are, however, numerous other competitively price electrify cars in the marketplace today, offering a range of electrification levels from MEVs, HEVs, PHEVs, and fully EVs. The continuum of price-convenient electrified vehicles is going to fundamentally shape the mass transition to a Transportation 2.0 world.

To achieve a sustainable transportation future

MEVs include those vehicles that incorporate ever-increasing levels of electrification for propulsion and nonpropulsion loads. In general, four different power transfer systems are use in vehicles: mechanical, hydraulic, pneumatic, and electrical systems. Electrical systems are normally much more efficient, faster, and can be controlled more easily. The MEV concept is based on mechanical, hydraulic, and pneumatic systems with electrical systems the-continuum-of-automotive-electrification.

Demands for higher fuel economy and lower emissions to meet increasingly more stringent government standards and consumer expectations are pushing the automotive industry to seek electrification of ancillary and nonpropulsion loads in addition to the power trains.

Because of the high efficiency of electricity, these auxiliary systems operate most efficiently when serviced by electrical power. Indeed, most vehicles on roads in North America and Europe today are already MEVs, because they incorporate electrified auxiliary systems.

The shift toward electrifying an ever-increasing number of auxiliary systems within ICE-powered vehicles has helped to shift conventional automobiles toward ever-higher levels of efficiency overall the-continuum-of-automotive-electrification.

Without a doubt, significantly increasing the efficiency of ICE-powered vehicles requires powertrain hybridization that goes beyond the electrification of nonpropulsion loads. Radical increases in propulsion efficiency and concomitant decreases in emissions require the introduction of electric machines into a vehicle’s drivetrain for the purposes of supplying motive power. HEVs are in fact dual-power vehicles.

They contain both an electric motor and a combustion engine. There are multiple hybrid power-train topologies design to deliver motive power in these types of vehicles the-continuum-of-automotive-electrification.

In HEVs, a battery powers the electric motor(s). The battery is capable of being charge through regenerative braking, which is a practical system to adopt in city environments where cars are starting and stopping frequently. Regenerative braking takes advantage of the fact that an electric machine can also operate as a generator.

Whenever a driver applies the brakes in this scenario, the electric motor turns into a generator to convert the vehicle’s forward momentum into electricity (HEVs also use regular friction brakes in combination with regenerative braking).

The battery in an HEV

The battery in an HEV can also be charge by the engine. The heat engine, which is power by gasoline, diesel, compress natural gas (CNG), or biofuel, feeds a generator, which then feeds electricity into the battery. Here, the motor is use as a generator to recharge the battery when battery charge runs low. Hybrid vehicles normally operate in charge-sustaining (CS) mode.

This means the batteries onboard, in CS mode, never fall below a certain level of charge, because they are constantly recharge by virtue of regenerative braking or the use of the electric machine as a generator.

Depending on the make and model of the car, hybrid vehicles can travel part-time on electric power alone (with the heat engine shutdown until battery depletion reaches a critical level) or they can be jointly propelled by the electric motor and heat engine working complementarily the-continuum-of-automotive-electrification.

Micro hybrids usually have a hybridization factor in the range of 5%–10% and benefit from the start/stop technology.

The hybridization factor of mild hybrid

Hybrids can generally come in three topological power-train forms: parallel, series, and series-parallel. In parallel systems, the power train contains an electric motor and an ICE, which are couple together in parallel mechanically and can power the vehicle in combination or individually.

In other words, there are parallel propulsion systems at play. Typically, there is only one electric machine install in a parallel hybrid power train. The ICE, the electric motor, and the gearbox are couple using automatic clutches the-continuum-of-automotive-electrification.

In a series hybrid

The Toyota Prius is an interesting case study to consider when thinking about parallel and series hybrid designs because the Prius uses a power-split device that allows it to operate either as a series or a parallel hybrid. It is in fact a series-parallel hybrid power train.

The power-split device includes a gearbox that links the gasoline engine, the generator, and the electric motor.

The Prius’s power-split device also allows the generator to start the engine, as with other start/stop systems the-continuum-of-automotive-electrification tariff should include.

In a series-parallel hybrid power train, two electric machines are use to provide both parallel and series paths for the power. These types of advanced electromechanical hybrid power trains constitute a major technological trend in the industry today.

Plug-in hybrids have an ESS of high-energy-density that can be externally charge. They can solely run on electric power for a range longer than regular hybrids, resulting in better fuel economy.

This is because the battery packs in PHEVs are typically much larger than those found in HEVs; therefore, their fully electric ranges are also much longer.

Plug-in hybrids combine the superior efficiency of powerful electric machines with the security of long-distance range by virtue of onboard engines.

The batteries in PHEVs are design to deplete so as to maximize the use of efficient electric power. This is call charge-depleting (CD) mode. In a typical CD mode, the engine is off and the onboard batteries are deplet to a predefine low state of charge (SOC); then, the engine turns on and the vehicle operates in a CS mode in which the SOC is usually sustain in a predefine range the-continuum-of-automotive-electrification.

When the vehicle is stationary

Finally, because PHEVs contain heat engines (of varying sizes depending on the make and model of the vehicle), they liberate drivers from the “range anxiety” often associated with the limited-range barrier tagged to pure battery electric vehicles (BEVs).

PHEVs serve as a crucial bridging technology toward low emissions and sustainable transportation networks in the future. This newly emerging line of PHEV models emanating from major manufacturing companies ensures that consumers can dramatically increase the electrification and efficiency levels of their personal vehicles. Current examples of PHEVs include the Toyota Prius plug-in hybrid and the Ford C-MAX Energy plug-in hybrid.

An external electrical system can charge the onboard battery directly from the grid, while onboard generators powered by heat engines and regenerative braking can still be used to recharge batteries as the vehicle is in use and after the battery has depleted to below a critical SOC level.

In the case of range-extended EV designs, as with the Chevrolet Volt, the topology mostly looks like a series design, with an ICE powering a generator, which powers a motor. In this case, the battery is charged via the plug-in mechanism, which connects the vehicle to the grid system overnight or during other daytime-charging periods.

The Chevrolet Volt also allows the heat engine to power the vehicle through a coupling mechanism. The Volt is therefore neither a pure series nor a pure parallel PHEV design; rather, it is referred to as a “range-extended” EV the-continuum-of-automotive-electrification.

Over the past two decades, the emergence of highly effective power electronics has further enabled the development of marketable PHEVs, because improvements to power electronic converters have allowed for innovations in vehicle-interfacing modes, including vehicle-to-home (V2H), vehicle-to-grid (V2G), and vehicle-to-building (V2B) systems.

Bidirectional alternating/direct current (AC/DC) converters, for example, provide an interface between the vehicle and the grid.

These converters allow a given vehicle to draw AC power from the grid at a high-power factor and low total harmonic distortion (THD); they then allow the vehicle to feed remnant or unneeded power back onto the grid when required by the grid operator. In the future, therefore, advancements in power electronics will allow PHEVs to serve as mobile energy-storage devices for smart grid systems.

Thus, consumers will be able to view their vehicles as revenue generators.

EVs are power entirely by their electric propulsion motors and battery packs. Their batteries are charged from the electrical grid system at homes at night, at workplaces during working hours, and at public or commercially owned drive-in charging stations that use grid-connected chargers.

. Electric motors can be made to operate with efficiency levels above 90% compared to less than 30% for ICEs. A second benefit associated with EVs is their low lifetime maintenance costs, which is due in part to lower electricity costs for fuel the-continuum-of-automotive-electrification.

Most importantly, for policymakers, climate scientists, and environmentally minded consumers is the fact that EVs produce zero emissions when they operate using electricity drawn from renewable electricity systems, including solar, wind, hydro, and tidal power.

Judge from a source to- wheel

Judge from a source to- wheel (STW) perspective, the only GHGs produced in the entire life cycle of an EV are those associated with the manufacture, assembly, and transportation of the vehicle parts to the assembler and dealer.

Thus, EVs offer hope for a form of motive power that will radically reduce current levels of GHG emissions in transportation the-continuum-of-automotive-electrification.

BEVs are limit in their range when compared to HEVs and PHEVs. However, their range is expect to increase significantly due to ongoing advanced research and development in the areas of lightweight materials, high-energy-density storage devices, and electric propulsion motor drives.

Examples of EVs include the Tesla Model S, Ford Focus Electric, Nissan Leaf, Mitsubishi i-MiEV, Fiat 500E, Chevy Spark EV, and the Smart ED, along with a series of recently manufactured all EVs made in China, including the Chery QQ3 EV.