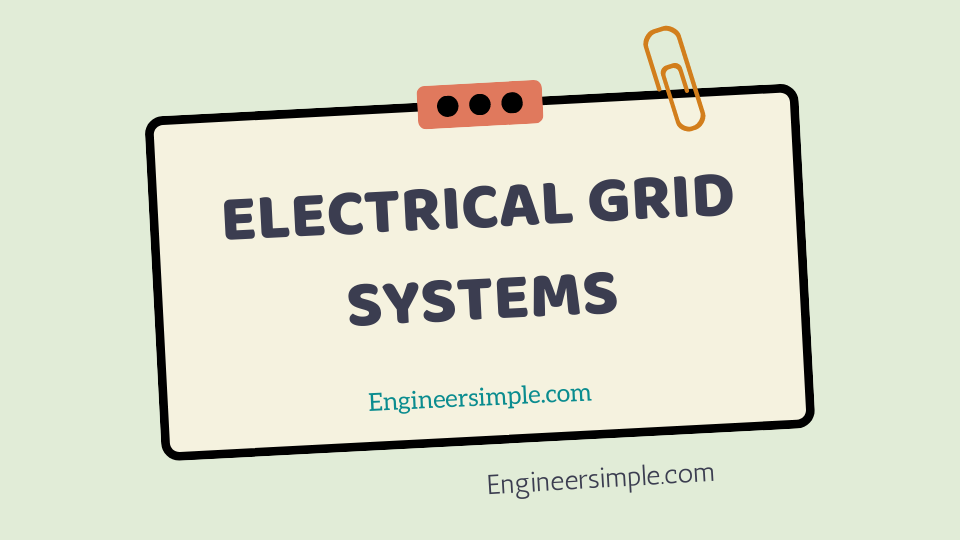 Plug-in hybrids and fully EVs will have a significant impact on grid systems, both as loads and as energy-storage devices. The Transportation 2.0 paradigm engenders a fundamental shift in grid-side innovations—one that will embrace microgrids, smart grids, advanced energy-storage devices, and advanced energy management systems (EMSs). These innovative technologies will define many of the capabilities and possibilities associated with future electric drives by making grid systems more robust, reliable, and intelligent ELECTRICAL GRID SYSTEMS.

To explain why, let us consider the history of the grid system as it has developed over the past century. The irst DC supply system installed for public consumption was Thomas Edison’s 1882 system at Pearl Street in New York City. Edison’s DC network was not without its opponents. Nikola Tesla and George Westinghouse promoted their AC system as superior to Edison’s DC network.

These internecine debates soon became public policy “wars,” resulting in a hodgepodge of electrical supply systems between 1882 and 1914, as state, regional, and municipal governments struggled to determine which system to support, subsidize, and install. The “wars” also brought lighting, telegraphy, and electrical automotive manufacturers to the debating table—each of which advocated for the local system that would best serve the needs of their local industry.

By the turn of the twentieth century, however, installations of AC systems had surpassed those of DC systems in their ubiquity and preference by local and state authorities. This was largely due to the utilization of transformers, which allowed AC to be stepped up or stepped down in voltage depending on need.

Transformers allowed the voltage of ACs to be stepped up for the purposes of long-distance transmission (i.e., from remote generators to regional load centers) and they allowed the voltage to be stepped down into low voltage for distribution to residential, commercial, and industrial loads, such as heating appliances, fans, pumps, and—most importantly—lighting. They served as a crucial enabling technology allowing Tesla and Westinghouse to win a series of public relations battles, and creating ripe conditions for Westinghouse’s installation of private AC systems across growing North American cities.

Over the past century, both public and private utilities have incorporated transformers, along with inverters and converters, to supply AC across vast networks that supply power for both AC and DC loads in residential and industrial contexts. Over the same time period, AC networks have become more robust. They evolved from original three-phase systems transmitting 250 kW of power around 1900 to mega-transmission systems that can carry 2000 MW of power in the 2000s. Rather than transporting electricity a few kilometers at a time, as was the norm in the nineteenth century, contemporary AC transmission systems now carry electricity over hundreds or thousands of kilometers.

However, the development of advanced power electronics from the 1970s onward has reopened the wounds associated with the “war of currents,” leading engineers to question the long-term viability of AC-dominant systems. First, the rise of electronics and digital communications industries over the past 30 years has meant that both residential and industrial loads are increasingly DC in nature. Everything from computers, printers, and mobile phones to EVs constitute DC loads on the electrical grid system. Second, to accommodate these loads, AC systems have been equipped with converters to transform AC into DC for particular applications. Converters are now common throughout AC systems, but their use as band-aid solutions raises questions about the system’s overall efficiency, especially given that the number of DC applications is still rising (and has already surpassed the number and type of AC loads on most electrical grid systems). Consider, for example, highly efficient light-emitting diode (LED) lighting, which is a DC load and which is slowly replacing AC luorescent lighting. Adjustable speed drives are another important DC load to consider in this transformative process.

Direct current systems have always been touted for their simplicity, modularity, and safety. Today, high-voltage DC transmission systems enabled by advanced power electronics are also praised for their higher power ratings and their superior and highly efficient control over power low, especially in emergency conditions where disruptive natural or sociopolitical events (such as hurricanes, tornadoes, snow storms, or terrorist acts of sabotage) can lead to widespread and dangerous blackouts. Most importantly, major industrialized nations are pushing for ever-greater levels of renewable electricity supplies, and the electricity created by photovoltaic (PV) panels, wind turbine generators (WTGs), fuel cell generators, ESS, and EVs is all DC. Thus, the shift toward renewable energy supplies and zero-emissions mobility requires a fundamental reconsideration of the role played by DC networks in the grid system.

back again into DC. Thus, the incorporation of renewable distributed generation currently requires multiple stages of conversion, engendering multiple stages of inefficiency and loss. In addition, both PHEVs and EVs connected to the grid system require AC/DC charging controllers to charge the vehicle’s battery, while the use of PHEVs and EVs as energy-storage devices to feed electricity back into the grid system (i.e., to smooth peak curves) also hinges on the use of controllers to manage charging and discharging cycles. These V2G interfaces create multiple stages of conversion.

Perhaps not surprisingly, DC systems have come back into vogue, as the rising prominence of DC loads, electric mobility, energy-storage devices, and renewable distributed generators has put pressure on AC systems built in the last century. One solution is to upgrade aged AC systems by incorporating advanced conversion devices. Alternatively, AC systems can be hybridized with DC

systems to support differing load types more efficiently. Hybridized AC and DC systems offer multiple advantages. They eliminate unnecessary multiconversion pathways from generation to final load, thereby reducing the total loss experienced throughout the system. Hybrid systems can also simplify equipment requirements for local systems, as the segregation of DC loads with DC supplies improves the provision of high-quality AC in the grid by reducing the harmonics associated with synchronization.

The growing prominence of PHEVs and EVs, along with the growing interest in sustainable energy supplies, energy-storage devices, and microgrids, will continue to motivate further investigations into improved power electronic converters and EMSs for hybridized grid systems.

A final variable in the electrical infrastructure equation is the integration of smart grid systems. Smart grids are particularly important for the future of electrically driven vehicles, as they ensure that new loads associated with PHEVs and EVs will not overburden electrical grid systems. They also ensure the lowest possible price for fuel for PHEV and EV owners and drivers.

The concept of a smart grid means different things to different users. Here, we use the characterization offered by the Institution of Engineering and Technology (IET), which argues a smart grid system is required for industrialized societies that hope to transition to low-carbon electrical networks without compromising security, stability, or low cost. In brief, smart grid systems are meant to integrate demand management systems with distributed generation to achieve the most efficient utilization of existing infrastructure, while also operating seamlessly in conjunction with new large-scale power generators.

While most twentieth-century power grids were designed to ensure that generation sources responded to user needs on demand, smart grid technologies enable more effective supply of loads with electrical production from conventional sources of power, as well as intermittent sources of power such as solar and wind. This is done by using intelligent control systems to monitor both loads and sources and to feed electricity back onto the grid from energy-storage devices when needed. To do this, grid operators will need to efficiently incorporate intermittent and variable renewable energy supplies, such as solar and wind, with energy-storage devices. In addition, smart V2G systems allow PHEVs and EVs to communicate with the electrical grid dynamically.