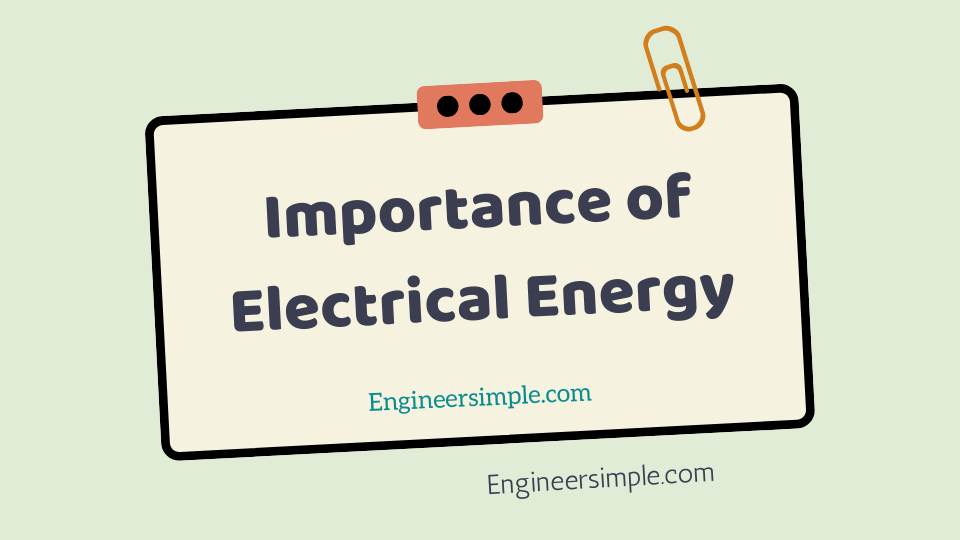 Electrical energy is superior to all other forms of energy due to the following reasons:

(ii) Easy control: The electrically operated machines have simple and convenient starting, control and operation. For instance, an electric motor can be started or stopped by turning on or off a switch.

Similarly, with simple arrangements, the speed of electric motors can be easily varied over the desired range.

(iii) Greater flexibility: One important reason for preferring electrical energy is the flexibility that it offers. It can be easily transported from one place to another with the help of conductors.

(iv) Cheapness: Electrical energy is much cheaper than other forms of energy. Thus it is overall economical to use this form of energy for domestic, commercial and industrial purposes.

(v) Cleanliness: Electrical energy is not associated with smoke, fumes or poisonous gases.

Therefore, its use ensures cleanliness and healthy conditions.

Out of these sources, the energy due to Sun and wind has not been utilised on large scale due to a number of limitations. At present, the other three sources viz., water, fuels and nuclear energy are primarily used for the generation of electrical energy Importance of Electrical Energy.

(i) The Sun: The Sun is the primary source of energy. The heat energy radiated by the Sun can be focussed over a small area by means of reflectors. This heat can be used to raise steam and electrical energy can be produced with the help of turbine-alternator combination. However, this method has limited application because :

(b) it cannot be used in cloudy days or at night

(c) it is an uneconomical method.

Nevertheless, there are some locations in the world where strong solar radiation is received very regularly and the sources of mineral fuel are scanty or lacking. Such locations offer more interest to the solar plant builders Importance of Electrical Energy.

(ii) The Wind: This method can be used where wind flows for a considerable length of time. The wind energy is used to run the wind mill which drives a small generator. In order to obtain the electrical energy from a wind mill continuously, the generator is arranged to charge the batteries. These batteries supply the energy when the wind stops. This method has the advantages that maintenance and generation costs are negligible. However, the drawbacks of this method are (a) variable output, (b) unreliable because of uncertainty about wind pressure and (c) power generated is quite small.

(iv) Fuels. The main sources of energy are fuels viz., solid fuel as coal, liquid fuel as oil and gas fuel as natural gas. The heat energy of these fuels is converted into mechanical energy by suitable prime movers such as steam engines, steam turbines, internal combustion engines etc. The prime mover drives the alternator which converts mechanical energy into electrical energy. Although fuels continue to enjoy the place of chief source for the generation of electrical energy, yet their reserves are diminishing day by day. Therefore, the present trend is to harness water power which is more or less a permanent source of power.

(v) Nuclear energy. Towards the end of Second World War, it was discovered that large amount of heat energy is liberated by the fission of uranium and other fissionable materials. It is estimated that heat produced by 1 kg of nuclear fuel is equal to that produced by 4500 tones of coal. The heat produced due to nuclear fission can be utilised to raise steam with suitable arrangements. The steam can run the steam turbine which in turn can drive the alternator to produce electrical energy. However, there are some difficulties in the use of nuclear energy. The principal ones are (a) high cost of nuclear plant (b) problem of disposal of radioactive waste and dearth of trained personnel to handle the plant.