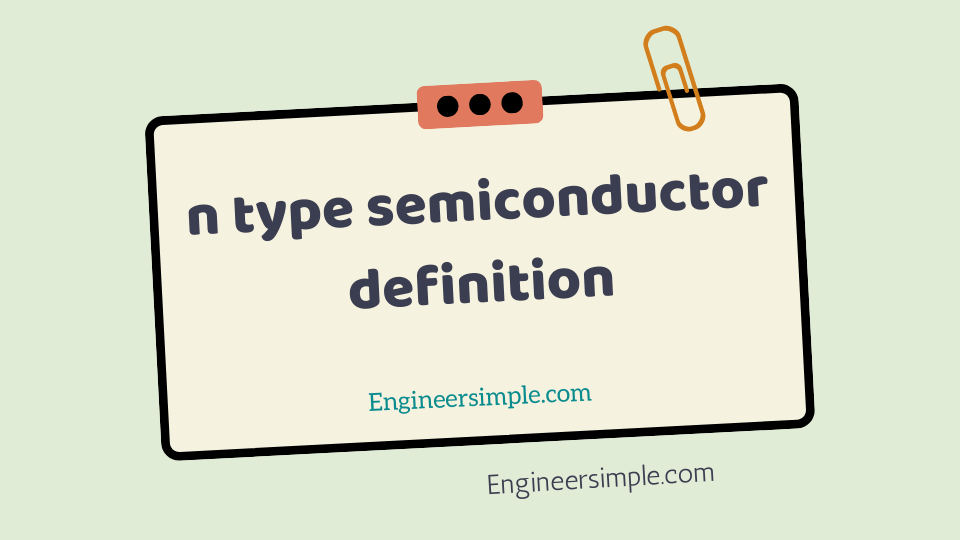 Such impurities which produce n-type semiconductor
are known as donor impurities because they donate or provide free electrons to the
semiconductor crystal.

The following points may be noted carefully:

(i) many new free electrons are produced by the addition of pentavalent
impurity.
(ii) Thermal energy of room temperature still generates a few hole-electron
pairs. However, the number of free electrons provided by the pentavalent
impurity far exceeds the number of holes. It is due to this predominance of
electrons over holes that it is called n-type semiconductor (n stands for
negative).

The current conduction in an n-type semiconductor is
predominantly by free electrons i.e. negative charges and is call n-type or electron
type conductivity. To understand n-type conductivity, refer to. When p.d. is apply across the n-type semiconductor, the free electrons donated by impurity) in the
crystal will be direct towards the positive terminal, constituting electric current. As the
current flow through the crystal is by free electrons which are carriers of negative
charge, therefore, this type of conductivity. It may be note that conduction is just as in
ordinary metals like copper.