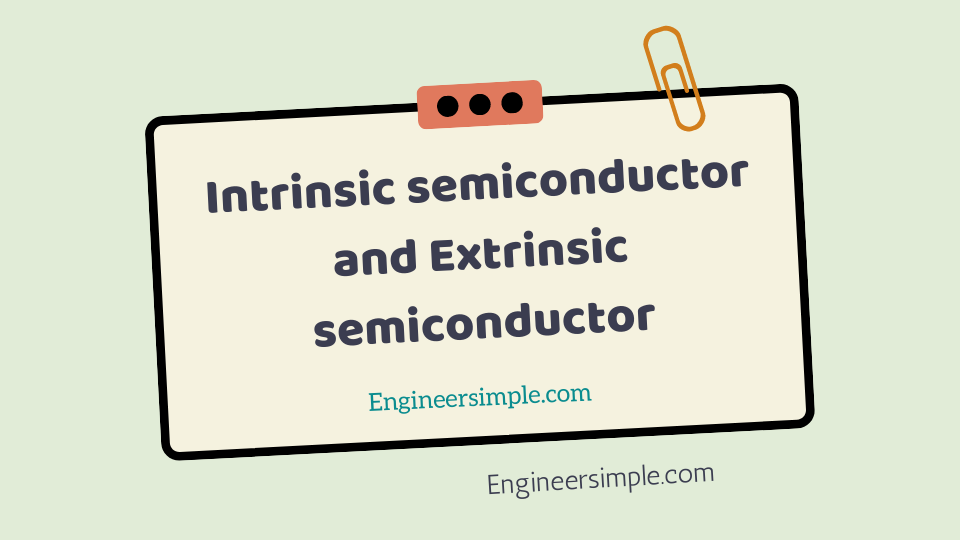 It may be note that current in the external wires is fully electronic e.i. by
electrons. What about the holes? Referring to Fig.1 holes being positively charge
move towards the negative terminal of supply.Intrinsic semiconductor and Extrinsic semiconductor.

The intrinsic semiconductor has little current conduction capability at room temperature.
To be useful in electronic devices, The pure semiconductor must be alter so as to
significantly increase its conducting properties. This is achieve by adding a small
amount of suitable impurity to a semiconductor.

Depending upon the type of impurity added, extrinsic semiconductors are classified into: