Renewable energy is currently a booming energy source in the present world. It is the most suitable form of clean, green, and carbon-free energy. Among its various forms, the geothermal energy source is the one to be described in this topic.

The concept of geothermal energy is not a newly invented technology. The world's first geothermal power plant was built in Italy in 1911. Hence, it is proven that it is quite old technology and is also known as one of the rarest forms of renewable energy sources. Basically, geothermal energy is the heat generated by the earth's core which warms the water reservoir known as underground water. 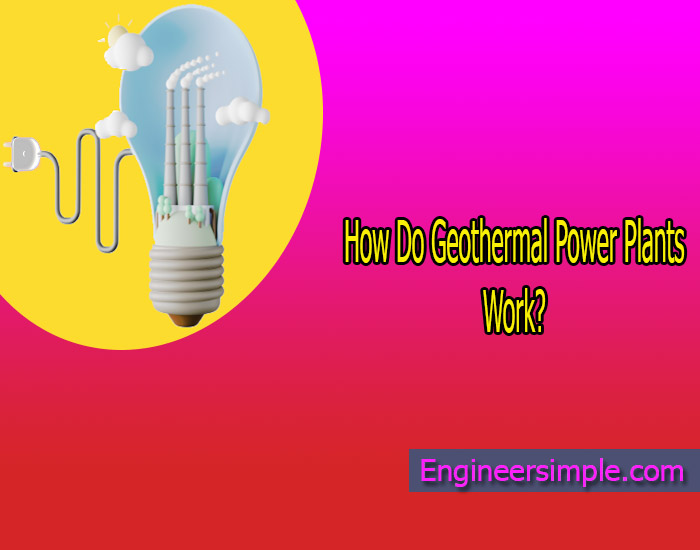 Rainwater is the main source of this reservoir.

This water becomes superheated by the molten rocks called magma of the earth's core. It is so hot enough to break the earth's surface as hot water and steam. As the name indicates "geothermal" because the source of this energy is the earth. This special type of renewable energy source is available in some locations from 300 meters to 3000 meters and in some regions, it is up to 80-90 km depth from the earth's ground level. These locations are called geothermal fields. Geothermal energy is used for heating water, generating electricity, and heating greenhouses in cold countries.

It is still the most untapped source of energy in the world.

It is assumed that the heat beneath our feet is approximately 50 thousand more powerful than coal and natural gas to run the world's energy.

Iceland is very much blessed by geothermal energy as most of the country’s energy needs are fed by this source. Indonesia sits in the ring of fire and is marked by the biggest geothermal potential in the world.

The biggest geothermal power plant located in the Philippines has a nameplate capacity of 701 Megawatt which serves the country’s 37% of geothermal energy share.

The working principle of a geothermal power plant is divided into three types. 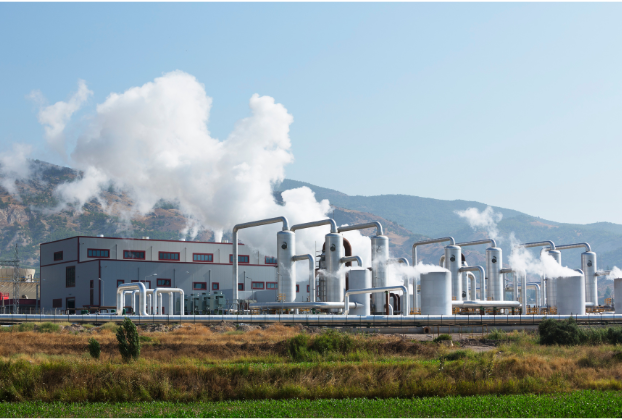 Let's talk about the dry steam-based power plant first, which is the most common technology. In this type of power plant, steam is directly collected from the steam reservoir of a geothermal field. The steam is then fed to the steam turbine which is coupled to the generator. Steam causes the rotation of the turbine blades by which the generator produces electrical energy in the form of conversion of mechanical energy.

On the contrary, the waste steam is collected after the rotation of the turbine in a condenser and is then condensed to water. This condensed water is returned to the geothermal field. Naturally found dry steam geothermal reservoirs are rare.

This kind of field is where there is an availability of geothermally heated water over 350 degrees Fahrenheit. This water is called brine. This brine is collected into a boiler where steam is produced. This steam is used to generate electricity with the help of steam turbines and generators.

Excess steam is condensed to water and injected back into the geothermal reservoir.

The last one of its types is a binary cycle power plant that works differently. This technology is used where there is geothermally heated water available up to 100 degrees Fahrenheit. Therefore, a heat exchanger is needed in this case where a second liquid having a lower boiling point is added to the geothermally heated water. This secondary liquid is also called heat transfer fluid such as butane and pentane hydrocarbons. Thus, the low boiling point of the secondary fluid flashes the mixture to generate vapor in a closed vessel. In this way, steam is produced which is then used to get the electrical energy as the same process described before. The recycled liquid is returned to the geothermal reservoir after the process of condensation.

This power plant is called a binary cycle because of using two kinds of liquid:
water and a second liquid with a low boiling point.

One interesting fact is that we can use recycled wastewater in geothermal plants. In the USA, some states use the process to use this recycled wastewater to inject into the geothermal plant to produce more steam. The main advantage of this power plant is that it does not need any fuel for producing electricity. It is well-known that thermal and nuclear power plants require fuels such as coal and uranium respectively to generate electricity. Thus it saves the expense of fuel. The geothermal power plant does not emit greenhouse gases into the atmosphere. The land space of this plant also requires less footprint compared to other power plants. However, the infrastructure cost of this plant is high. The drilling expense for geothermal fields is excessive.

On top of this, the major disadvantage of this type of energy is the unavailability of geothermal fields.

In conclusion, we can say that geothermal energy is the cleanest energy that can meet the needs of the growing energy demand of the world.