Energy is what we need for doing work. We can get energy from various sources. Some are found naturally, and Others can be collected by converting the primary sources. Therefore, we can classify the sources of energy into two main groups.

One can be called a Primary source of energy and the other is known as a secondary source. 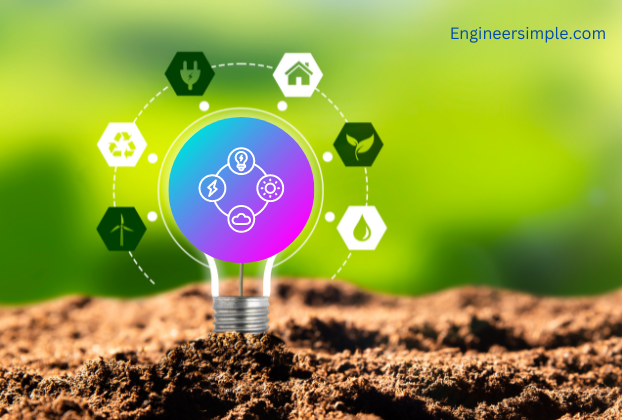 The primary source is like the prime source of energy available in nature in the form of sunlight, wind, coal, gas, geothermal, and so on.

On the other hand, the secondary source of energy indicates one which is extracted or converted from the primary source mentioned earlier. For example, electricity is one of the Supreme secondary energy sources.

So coal and sunlight are the naturally found primary energy Source and by converting them, we can get the secondary form of Energy.

Now, Let's come to another Classification of Energy in form of sustainability.

Here sources of energy are classified into two major divisions.

One is a non-renewable Source of energy and the other is known as a renewable energy source.

Being formed by hydrogen and carbon chain, this energy source is also popularly known as hydrocarbon-based energy because it consists of mainly fossil fuels such as coal, oil, and natural gas extracted from the earth's crust.

Though there is an ample supply of coal in the world now it is prohibited to use in the power production sector because of its environmental impact on generating maximum GHG compared to other fossil fuels.

Among them, natural gas is considered as low pollutant fuel and is also responsible for less carbon emission. Whereas, oil or petroleum has a moderate amount of carbon emission and is still in the driving seat of the world's energy production share. The other form is known as renewable energy sources followed by solar energy, wind energy, hydro energy, tidal energy, biogas, geothermal energy, and so on. The most familiar and widely used form of this source is energy from the sun. We can harvest its energy through solar photovoltaic modules where electricity can be generated. Also, solar thermal energy is used to feed thermal power plants by solar power towers or parabolic troughs. Wind energy is also very common in practice to be used in wind turbine technology.

Hydro energy is mainly used in hydropower plants where the force of water is used to rotate the turbine blade that produces electricity later with the help of other mechanisms.

Geothermal energy is naturally found in hot steam that can collect to heat up things and produce electricity with the help of a steam turbine.

Biogas or biomass is the type of energy source that uses an anaerobic digestion process where dry leaves, cow dung, manure, and other organic food leftover get in the form of compost, and thus methane gas is produced along with other gases in the absence of oxygen.