"Strong as a lion, cunning as a fox. Mark the last sign of the enemy. Do not hesitate to wipe out your family members in the name of despair."-Niccolo Machiavelli. 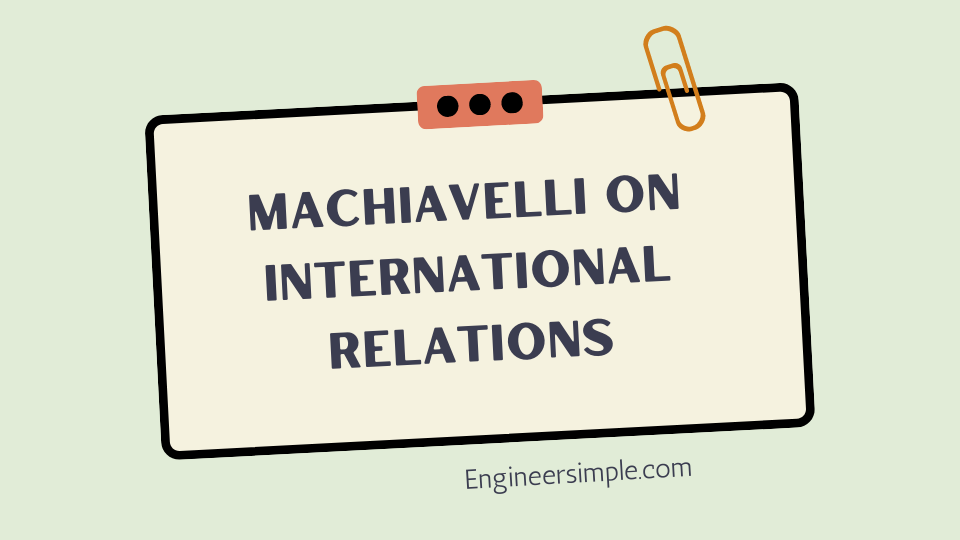 He was born five hundred years ago in Florence, Italy. He was not only a philosopher and statesman, but Machiavellian was born from his thoughts. The modern era also started from the Middle Ages through his thought-consciousness. He was the first to speak of modern nation-state and nationalism instead of monarchy. That is why he is identify as the father of modern state philosophy.

In Machiavelli's famous book, "The Prince", he wrote,

"The legitimacy of government is not bind by any moral standards; authority and power are the main issues here. Whoever has power will rule, morality does not put anyone in power. The principle of politics is to gain the loyalty of the people through the proper use of power. Politics means the acquisition and exercise of power. "

That is, if lies, treachery, and cruelty are need to consolidate the state and power, that is fine. Of the righteous. Religions are an important political tool here. Because they can affect the human mind more. Wise rulers and legislators have repeatedly spoken of the gods, of holy will, because religion helps in defense and in the spread of domination.
These principles, described in The Prince, have been practiced by all the powerful, exploitative, oppressive states and their rulers from the fifteenth century to the present day. The Western world is making this theory its constant companion. Their politics has given a special shape to foreign policy.