What is Computer Programming?

Computer programming is defined as a process of developing and implementing various set of instructions given to the computer to perform a certain predefined task. Computer Programming is easy if it is appropriately managed. There are many computer programming languages available so finalizing the right language is not an easy task. 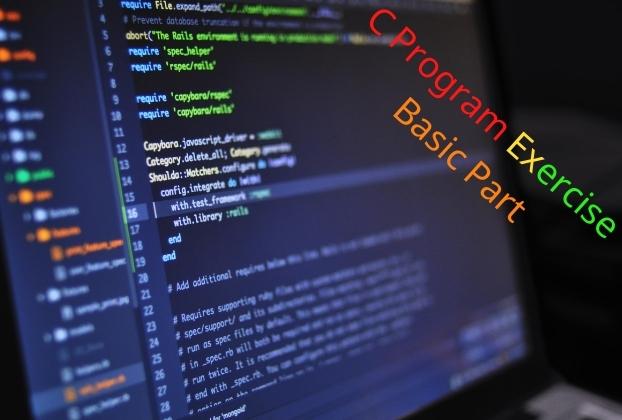 •Tasks to be preformed

Importance of algorithm in computer programming:

• Easy to understand the steps of solving the problems.

• It does not depend on any programming languages.

• Find out the errors in a program.

• Helps to change and update a program.

• It helps to write a program.

The characteristics of a good algorithm are:

Precision – the steps are precisely stated(defined).

Uniqueness – results of each step are uniquely defined and only depend on the input and the result of the preceding steps.

Generality – the algorithm applies to a set of inputs.

What is a Flowchart?

Flowchart is a graphical representation of an algorithm. Programmers often use it as a program planning tool to solve a problem. It makes use of symbols which are connected among them to indicate the flow of information and processing. The process of drawing a flowchart for an algorithm is known as “flowcharting”.

The oval symbol indicates Start, Stop and Halt in a program’s logic flow. A pause/halt is generally used in a program logic under some error conditions. Terminal is the first and last symbols in the flowchart.

Input/Output:
A parallelogram denotes any function of input/output type. Program instructions that take input from input devices and display output on output devices are indicated with parallelogram in a flowchart.

Processing:
A box represents arithmetic instructions. All arithmetic processes such as adding, subtracting, multiplication and division are indicated by action or process symbol.

Decision:
Diamond symbol represents a decision point. Decision based operations such as yes/no question or true/false are indicated by diamond in flowchart.

Connectors:
Whenever flowchart becomes complex or it spreads over more than one page, it is useful to use connectors to avoid any confusions. It is represented by a circle.

Flow lines:
Flow lines indicate the exact sequence in which instructions are executed. Arrows represent the direction of flow of control and relationship among different symbols of flowchart.
*Draw a flowchart to input two numbers from user and display the largest of two numbers 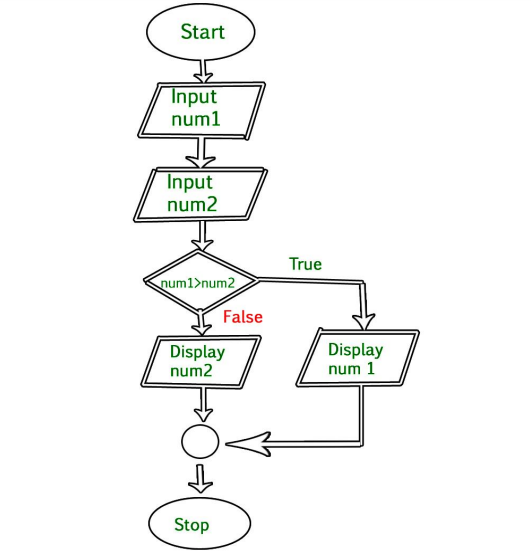 There are two operators which are known as Equality Operators:
Equal To Operator (= =)
Not Equal To Operator (!=)
1) "Equal To" Operator (= =)
It’s a binary operator and works on two operands, it returns 1 if value of both operands are equal else it returns 0.
Syntax:
Operand1 = = Operand2
Consider the example:
#include<stdio.h>
main()
<stdio.h>
<stdlib.h>
<math.h>
Read More-You can learn about Java Programming

Types of errors in C programming

Basically there are three types of errors in c programming:
1. Run time Errors
2. Compile Errors
3. Logical Errors
1. Run time Errors:
C runtime errors are those errors that occurs during the execution of the program and generally occurs due to some illegal operation performed in the program.
Examples of some illegal operations that may produce runtime errors are:
1. Dividing a number by zero
2. Trying to open a file which is not created.
3. Lack of free space.
2. Compile Errors:
Compile errors are those errors that occur at the time of compilation of the program. C compile errors can be classified as:
i. Syntax Error
ii. Semantic Error
3. Logical Error:
On compilation and execution of a program, desired output is not obtained when certain input values are given. These types of errors which provide incorrect output but appears to be error free are called logical errors. These are one of the most common errors done by beginners of programming. These errors solely depend on the logical thinking of the programmer and are easy to detect if we follow the line of execution and determine why the program takes that path of execution.
int main()
int i = 0;
// logical error : a semicolon after loop
for(i = 0; i < 3; i++);
{
printf("loop ");
continue;

// Value of first is assigned to temp

// Value of second is assigned to first

// Value of temp (initial value of first) is assigned to second

Sizeof is a much used operator in the C or C++. It is a compile time unary operator which can be used to compute the size of its operand. When sizeof() is used with the data types such as int, float, char… etc it simply returns the amount of memory is allocated to that data types.