In today's world, networking cables are a kind of networking hardware used to connect a device to one or more other network devices or two or more other devices to a single computer or network device. Network cables come in different types, sizes, and colors depending on the network cable type. So before getting started with networking cables, it is essential to understand the types of networks cable that are mainly used and some of their benefits. 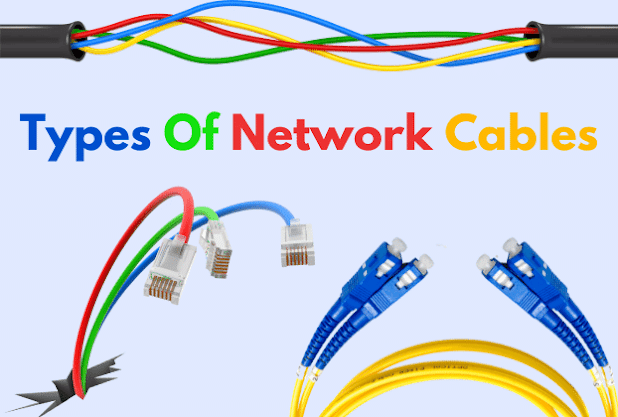 Coaxial cables are the kind of cable that is mainly used in homes, offices, and other places where there is a need for high-speed internet connections. They have a metal shield to protect them from interference and damage caused by electrical surges. The coaxial cable performs better than the twisted pair cable when sending data over long distances. These cables come in different colors so that they can be easily identified. 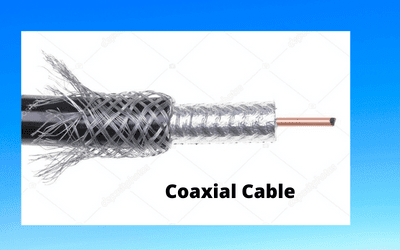 The sheath protects the coaxial cables and makes them less likely to break or fray.

Insulation helps to keep the signal strong and prevents data loss or corruption.

There are many reasons why coaxial cable is one of the most popular cables in homes and offices.

There are several disadvantages of coaxial cable that should be considered before purchasing:

A twisted-pair cable is an electrical line of two insulated wires wound around each other in a spiral or "twisted" configuration. Twisted pair cables connect electronic equipment, such as computers and phones.

Twisted pair cables are often used in networking because they have low resistance and can handle high amounts of data. They are also resistant to electromagnetic interference, so they work well in connecting electronic equipment across a large area. All the wires are covered in a single plastic sheath.

Each wire is covered with an additional metal shield. Then all pairs are covered in a single outer plastic sheath.

A twisted pair cable has some significant advantages over the single-wire line regarding data transmission.

Twisted-pair cable has some disadvantages.

A fiber optic cable is a cable used to transmit information over long distances. Fiber optic cables use light instead of electrons to transfer data, which makes them faster and more reliable than traditional copper cables.

Most fiber optic cables are made of several strands of glass or plastic fibers coiled together like a winding wire. Each end of the fiber optic cable has an optical connector that allows it to be connected to another device or network.

The inside diameter (ID) on most fiber optics is around 62μm, which means they can carry signals with minimal interference. 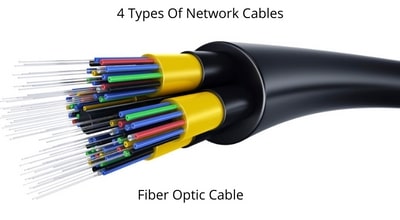 Multi-mode fiber optic cable is a type of cable that can work with various types of media, including voice and data.

There are multiple benefits of utilizing fiber optic cable, the most notable of which is its speed and reliability.

Fiber optic cables have a few disadvantages when compared to other networking cables.

Wireless LANs are areas where devices can communicate with each other wirelessly. Unlike wired networks, wireless networks use radio waves to send data instead of copper wires. The main advantage of wireless networking is that it allows users to move around the room without concern about cables getting in their way. A wireless network typically has faster transmission speeds than a typical wired network. 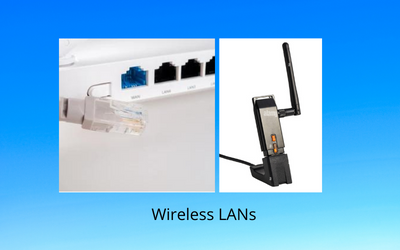 Wireless LANs (WLANs) have many advantages, but they also come with some disadvantages.

What are some familiar issues that users undergo with networking cables?

Some common problems that users experience with networking cables are:

How can I know which cable is needed for a specific task?

It's helpful to keep your cables organized and bundled together when not in use. This way, you'll never be without the correct line needed for a task. When inspecting your cables for damage, or other signs of wear and tear, look for any cable damage. Also, always check the documentation that came with your equipment for specific cable requirements. For example, if you're using an ethernet cable to connect to your computer, ensure it's of the ethernet type.

Can I reuse an old network cable if it's in good condition?

According to most networking experts, it is not advisable to reuse old network cables. For example, lines with a connector at one end and a plug at the other are usually disposable. Different types of wires have reusable connectors. Ome cables can only be used once, while others can be reused multiple times.

Which type of cable is best for my home or office network?

There are many different types of cable that can be used for a home or office network installation. However, before selecting a suitable line, it is essential to test every kind of cable to see if it is compatible and optimal for your needs. Some of the most common types of threads used for networking include Ethernet cables, USB cables, and HDMI cables. If there are any network installations or usage issues, later on, replacing the faulty cable may be necessary to fix network issues quickly and efficiently.

Know About: 10 Most Common Types of Network Protocols and Their Uses