In 1974, Scottish professor, Stephen Salter invented an idea that could change the history of energy production by burning fuels. Today we will discuss S. H. Salter's Wave Energy Project.

In 1973 Stephen Salter started looking for ways of generating electricity from ocean waves.

He put various floats and flaps into a wave tank and made them work against the dynamometer. The two metal arms swing up and down above the water. These experiments gave Steve the insights to develop a new asymmetric shape which he called the Edinburgh Duck.

He found that it could absorb more than 80% of the power in the wave. Although others, including Edison, had looked at wave power. The publication of Stephen's Work in the Journal Nature sparked off new activity around the world. The world’s media and the British government had seen deep interest because the huge possibility behind the idea is hidden.

As the British government started to fund the work of the new wave energy group. 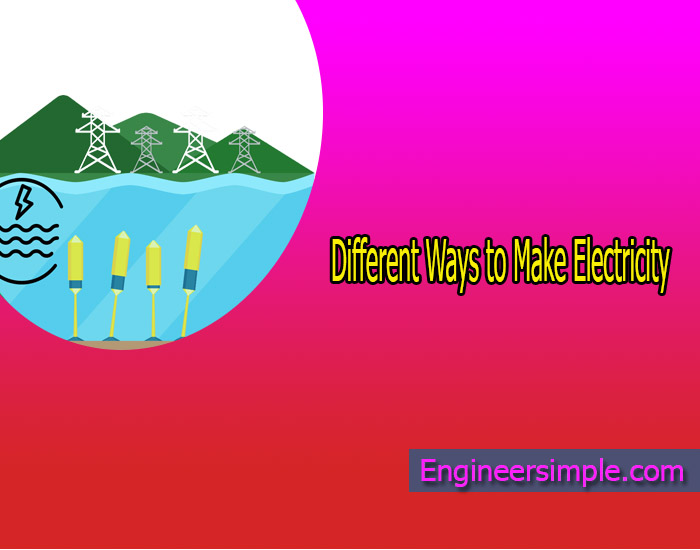 How does work the Edinburgh Duck?

When The back of the Duck bumps with the body, the electricity is produced without any pollution.

The device is designed to absorb the energy of the incident wave and convert it into another form of energy, typically electricity. The device consists of a chamber with a perforated wall, through which the incident wave passes. The chamber is filled with a fluid, typically water, which is heated by the energy of the wave. The fluid is then used to drive a turbine, which generates electricity.

There are several ways the energy is produced from the wave. We will introduce three main classes of energy converters.
1. A Point Absorber can be used on water and collects power from all.
Because the lower part of this point absorber is anchored on the ground under the sea, no movement occurs. Because circulation is between Buoy and the fixed part, the inner piston runs a generator.
2. A Surface attenuator also can be used. This device is made in multiple parts. It stands perpendicular before the incident wavefront. The energy is created due to the conducting of the waves. Example- Pelamis wave energy converter, Anaconda(single hydro-elastic body). The average output of pelamis is prdicted that 750KW per device, while the average output of Anaconda can be 1MW. 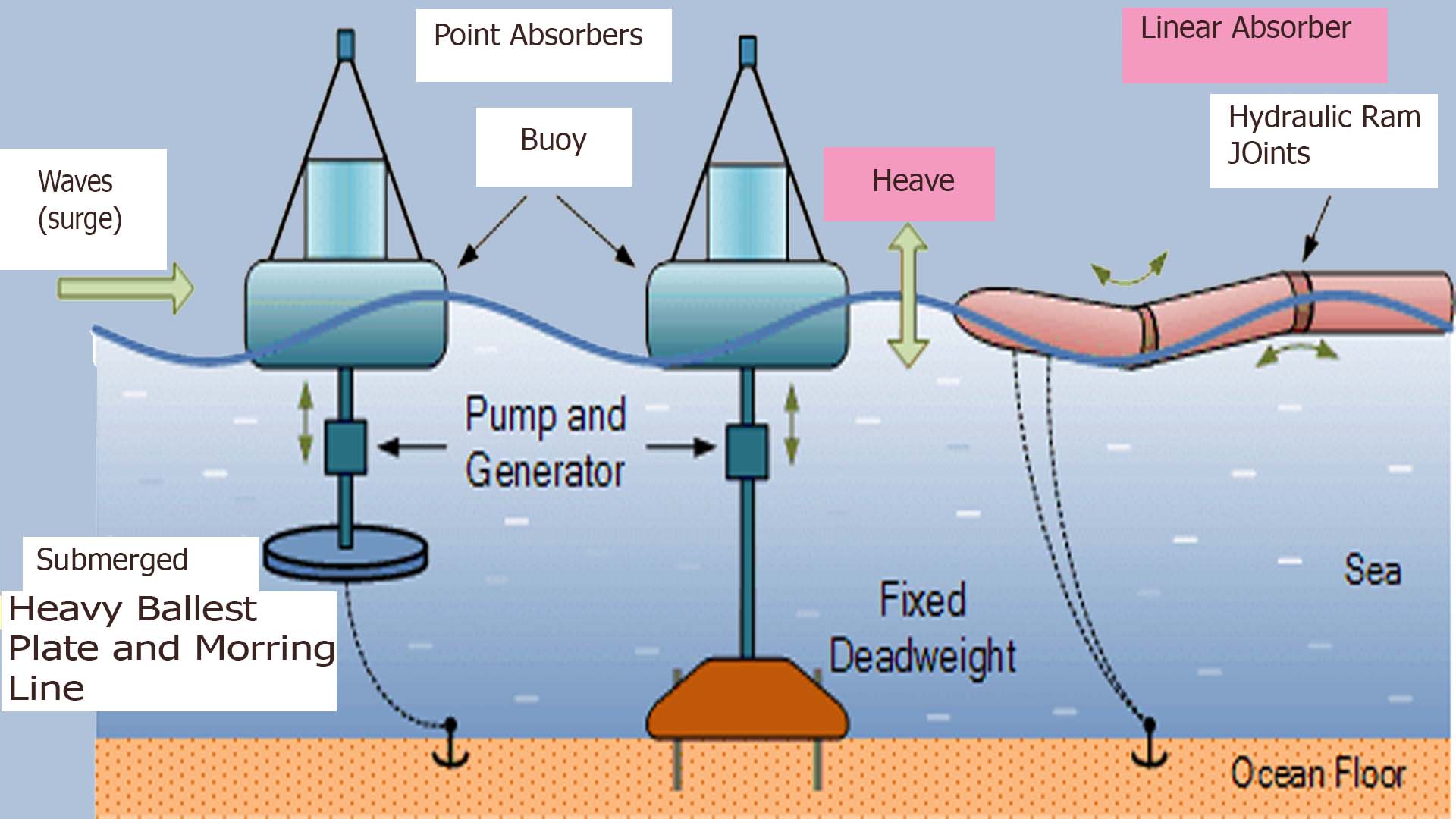 4 Schematic shown of one of the offshore technologies

An oscillating water column (OWC) is a type of wave energy converter. The oscillating water column also converts energy into electricity.
OWC consists of a chamber that is open to the sea at the bottom and has an air-tight seal at the top. As waves crash into the chamber, they push the air up and down, creating an oscillating (up-and-down) motion. This motion is used to power a turbine, which in turn generates electricity.
OWCs are considered to be a promising technology for generating renewable energy from ocean waves.
They have a number of advantages, including:
-They are relatively simple devices with few moving parts, which makes them less susceptible to failure.
-They can be used in a wide range of wave conditions.
-They can be deployed in a variety of ways, including onshore, offshore, and floating.
OWCs are still in the early stages of development and are not yet commercially available.

Why did the project fail?

That idea fell flat on its face. It did not see the success of the future in the next few centuries.
It was created to meet the lack of petroleum crisis in 1973. But before its experimental application, nuclear power achieved the most important from the public.
The machine didn't survive the competition.
Remember that each atom of a wave does not exceed the ocean but rather moves in the same cycles. The result causes the power to be transferred to the next atoms. The most energy circulation occurs on the surface of the waves. When the depth increases that power is lessened. Though the wave motion is complex, it's possible to predict.
The information found from the satellites helps to give this prediction.
Learn More-The Possibility of Generating Electricity Using Hydroelectric Power in Singapore

Why We Should Think about This Project?

Still exist today the crisis has arisen in the year 1973. The target is to reduce the carbon emissions rate to empty. But the demand for electricity is increasing. In 2045, the demand will increase by 30% in his context. The energy production is reinforced by the tidal waves.
If the sun does not meet the sunlight and the wind doesn't blow on winter days, we will be the alternative source of fuel. Waves are not only glimpses but also move the ocean throughout the year. It is happening for the density of water is increased more than several hundred times compared to air. In 2021, three times more wave power plants have been built in Europe than in the previous year. The government and non-government organizations have invested approximately 7 million euros in the tide and wave energies.
Theoretically, the energy of the wave is almost three times more than global needs.
In reality, its ratio will be estimated to be 10% before 2050. Recently the most important plan on basis of the wave energy is started in Scotland.

According to experts, the energy of the waves is still 20 years back to the power of the wind, there is little possibility of going forward to leave behind wind and solar power in the near future. But this may be able to become a source and attractive. The project can be a good solution to the carbon rise in the energy of the emission, the test is going on. Currently, wave energy is currently behind other renewable energy. But this source of future energetics can bring many benefits.
Reference-
S. H.Salter, Wave Power[J]. Nature, 1974; 249:720-724(Researchgate)
Schematic Figure (Scientic Diagram)
Power for Change - 2 (of 13) The Duck wave energy device [Youtube]
Rotational wave energy converter (single-bucket drag type wave turbine) [Youtube]
Next Post Previous Post
No Comment
Add Comment
comment url
Energy,Engineering Blogs