What is VPN Concentrator?

A VPN concentrator is an advanced networking device that is used to create secure virtual private networks (VPNs). It is primarily used to connect several remote networks together, allowing them to securely share information and resources. It also provides a secure connection for remote users to access corporate networks. It is typically used in large corporate networks with many remote users. 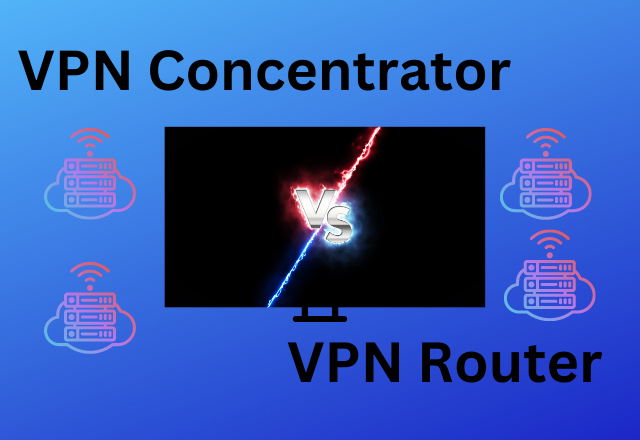 What is VPN Router?

A VPN router is a device is used to create a secure virtual private network (VPN). It is used to route traffic between two networks, such as a corporate network and the Internet. It is typically used in small to medium-sized businesses. It is an inexpensive way to make sure that all of the data sent and received over the network is secure.

What is the main difference between a VPN concentrator and a VPN router?

My point of view

Both VPN concentrators and VPN routers are essential for creating secure virtual networks for businesses. It is important to choose the right device for your network, depending on your specific needs.