What is a VPN concentrator?

A VPN concentrator is a device that is used to provide secure, remote access to an organization's network. It is a combination of hardware and software that securely connects users from remote locations to the corporate network.

How does VPN concentrator aggregate thousands of VPN connections?

What is the primary purpose of a VPN concentrator?

The primary purpose of a VPN concentrator is to enable secure access to corporate resources for remote workers. It also allows for secure communications between multiple networks, such as a business with multiple locations. VPN concentrators also provide additional security, such as encryption, authentication, and authorization of remote users. 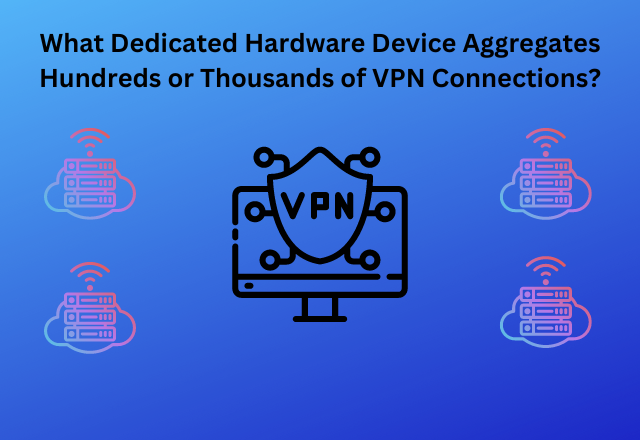 What is the configuration of a VPN concentrator?

What are the features of a VPN concentrator?

What are the benefits of using a VPN concentrator?

The use of a VPN concentrator can be beneficial for organizations that need to provide secure access to resources for remote users. It helps to ensure that data is kept secure and that unauthorized users cannot gain access to the corporate network. Additionally, it can help to make sure that communications between networks are secure and private.