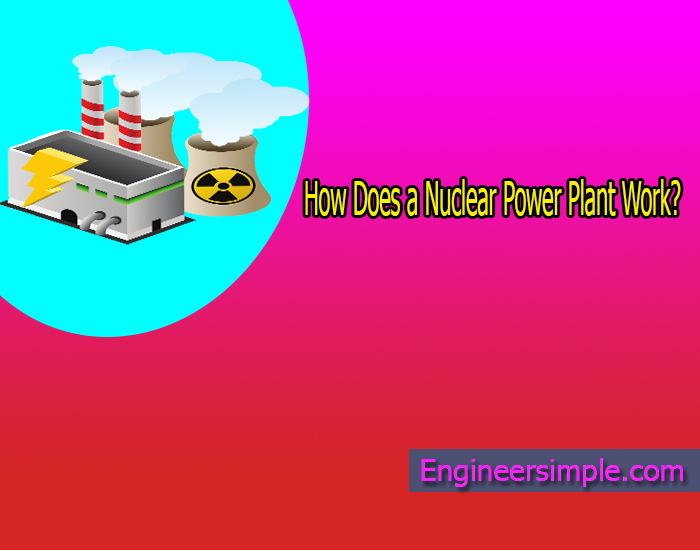 Currently, there are 454 operational nuclear power reactors in 30 countries, with 54 other units under construction worldwide.

“The nuclear power profiles present factors related to the effective planning, decision making and implementation of nuclear power programs that together lead to safe and economical operations of nuclear power plants,” said Pal Vincze, Head of the IAEA Nuclear Power Engineering Section. “The CNPP database remains an important resource for stakeholders in the Member States, including researchers, decision-makers and the wider public.”

Nuclear plants are usually considered to be baseload stations since fuel is a small part of the cost of production and because they cannot be easily or quickly dispatched. Their operation and maintenance (O&M) and full costs are, along with hydropower stations, at the low end of the spectrum and them suitable as base-load power suppliers. The cost of spent fuel management, however, is somewhat uncertain.

The key components common to current nuclear power plants are:

The conversion to electrical energy takes place indirectly, as in conventional thermal power stations. The fission in a nuclear reactor heats the reactor  may be water or gas or even liquid metal depending on the type of reactor.
The reactor coolant then goes to a steam generator and heats water to produce steam. The pressurized steam is then usually fed to a multi-stage steam turbine.
After the steam turbine has expanded and partially condensed the steam, the remaining vapor is condensed in a condenser. The condenser is a heat exchange that connects to a secondary side such as a river a cooling tower.
Then the steam generator and the cycle begin to pump back the water. The water-steam cycle corresponds to the Rankine cycle.

The nuclear reactor is the heart of the station. In its central part, the reactor's core produces heat due to nuclear fission. With this heat, a coolant is heated as it is pumped through the reactor and thereby removes the energy from the reactor. Head from nuclear fission is to raise steam, which runs through turbines, which in turn powers the electrical generators.

Nuclear reactors usually rely on Uranium to fuel the chain reaction. Uranium is a very heavy metal that is abundant on Earth and is found in seawater as well as most rocks.
Naturally occurring Uranium is found in two different isotopes uranium-238 (U-238), accounting for 99.3% and uranium-235 (U-235) accounting for about 0.7% isotopes are atoms of the same element with a different number of neutrons. Thus, U-238 has 146 neutrons and U-235 has 143 neutrons. different isotopes have different behaviors. For instance, U-235 is fissile which means that it is easily split and gives off a lot of energy making it ideal for nuclear energy.

On another hand, U-238 does not have that property despite its being the same element. Different isotopes also have different half-lives. A half-life is the amount of time it takes for half of a sample of a radioactive element to decay. U-238 has a longer half-life than U-235, so it takes longer to decay over time. This also means that U-238 is less radioactive than U-235.

Since nuclear fission creates radioactivity, the reactor core is surrounded by a protective shield, This containment absorbs radiation and prevents radioactive material from being released against the environment.

Also, a dame of concrete equipped many reactors to protect the reactor against both internal casualties and external impacts.

The purpose of the steam turbine is to convert the heat contained in steam into mechanical energy. The main reactor building usually structurally separates the engine house with the steam turbine. The steam turbine also aligns it to prevent debris from the destruction of a turbine in operation from flying towards the reactor.

In the case of the pressurized water reactor, the nuclear system separates the steam turbine. To detect a leak in the system generator and thus the passage of radioactive water at an early stage, an activity meter is mounted to track the outlet steam of the steam generator.

In contrast, boiling water reactors pass radioactive water through the steam turbine. So the turbine is kept as part of the radiologically controlled area of the nuclear power station.

A cooling system removes heat from the reactor core and transports it to another area of the station, were to produce electricity or to do other useful work can use the thermal energy. Typically it uses the hot coolant as a heat source for a boiler, and the pressurized steam from that drives one or more steam turbine driven electrical generators.

In the event of an emergency, to prevent pipes from bursting or the reactor from exploding, we can use safety valves. Engineers design the valves so that can drive all of the supplied flow rates, with little increase in pressure. In the case of the BWR, the suppression chamber and condenses there direct the steam. The intermediate cooling circuit connects the chamber on ahead exchange.

The main condenser is a large cross-flow tube-and-shell head exchanger that takes wet vapor, a mixture of liquid water and steam at saturation conditions, from the turbine-generator exhaust and condenses it back into sub-cooled liquid water. It can back to the reactor by the condensate and feedwater pumps and also can pump it. By allowing the wet vapor turbine exhaust to come into contact with thousands of tubes accomplished this condensing process and The water from the cooling water which flows through them. The cooling water will typically come from a natural body of water such as a river or lake.

Palo Verde Nuclear Generating Station, located in the desert about 60 miles west of Phoenix, Arizona, is the only nuclear facility that does not use a natural body of water for cooling, instead if uses treated sewage from the greater Phoenix metropolitan area.

The cross-flow aspect of a typical main condenser means the two fluids that are exchanging heat, turbine exhaust and the cold water from a river or other water source, are flowing in perpendicular directions. This is extremely effective at allowing for phase separation, that is, the heavier, condensed waterfalls off of the condenser tubes into the condenser hot well found at the bottom of the heat alternates. It awaits its turn to be pumped. The water source at a Warner temperature or returns to a cooling tower either pump the water coming from the cooling body of water where it either cools for more uses or evaporates into water vapor that rises out the top of the tower.

There is or will be given Five layers of security or characteristics in power plant using Nuclear Power Plant  reactor VVIR-1200(AES2002 GEN 3+  technology:

Fuel plate can maintain it's fuel characteristics at very high temperatures. A specific procedure makes it  in such a way so that fusion products stay inside plate,

Fuel plates remain surrounded by cladding made of zirconium alloys.  A very less amount of fusion products may come out from the fuel plate but can not pierce this cladding.

This Controls special quality for the nuclear power plant in extremely very carefully pressure vessels made of thin steel which last long even in the high radioactive situations.

first containment building of 1.2 meters thin reinforcement concrete which prevents the extension of radioactivity at any situation

Advantages and Disadvantages of Nuclear plant:

There are some advantages and disadvantages of nuclear power.