An electricity generating station which can produce electricity from a mechanical turbine rotates by steam force applied to it.

The site selection of a steam power plant depends upon various factors. Let's discuss these factors one by one- 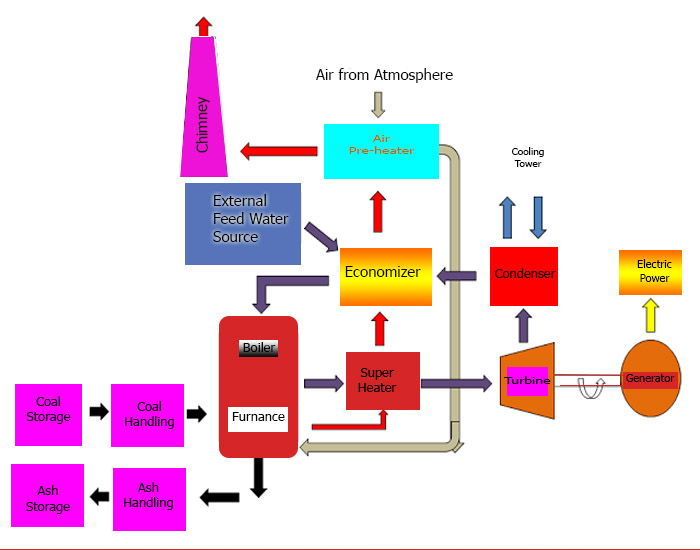 What actually Happens inside

It converts the water into high-pressure steam. It contains the furnace inside or outside the boiler shell. The combustion of coal takes place in the furnace. The boiler has the function to convert water into steam.

The process of change of water to vapor is done by heating the water in the pipes with heat from burning fuel. Combustion processes are carried out continuously in the combustion chamber with fuel and airflow from the outside.

The resulting steam is superheated steam which has high temperature and high pressure.

Steam production quantities dependent on the surface area of heat transfer, flow rate, and the heat of combustion are given.

It is the mechanical device that converts the kinetic energy of the steam to mechanical energy. Steam turbines work to change the heat energy contained in the steam into rotary motion.
Steam with high pressure and temperature was directed to push turbine blades mounted on the shaft. So the shaft rotates.

Due to performing work on the turbine, the pressure, and temperature of steam coming into the turbine down to saturated vapor.
This steam then flows to the condenser, while the rotary power is used to turn a generator. Today almost all steam turbine is a type of condensing turbine.

It condensates the steam that leaves out the turbine. The condenser converts the low-pressure steam to water. The cooling tower attaches to it.

Condensers are devices to convert steam into water. the changes are done by the steam flow into a room containing tubes. Steam flows outside tubes, while the cooling water flows inside the tubes. This is called the surface condenser. Usually for coolant use seawater.

The heat transfer rate depends on the flow of cooling water, sanitation tubes, and the temperature difference between the steam and cooling water.

If the rate of heat transfer is interrupted it will affect the pressure and temperature.

Cooling tower:
It is a tower that contains cold water. Coldwater is circulated to the condenser for the cooling of the residual steam from the turbine.

Feed Water Pump:
People use it to transport the feed water to the boiler.

Ash Storage:
People use it to store the ash after the burning of the coal uses.

Dust Collector:
It collects the dust particle from the burnt gases before it released into the chimney.

The advantages and disadvantages of steam power plants are as follows:

Some Key Components of Illustration 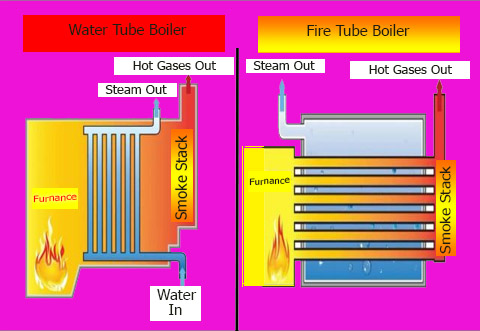 
Boilers are of two types-

Important parts of the boiler are- 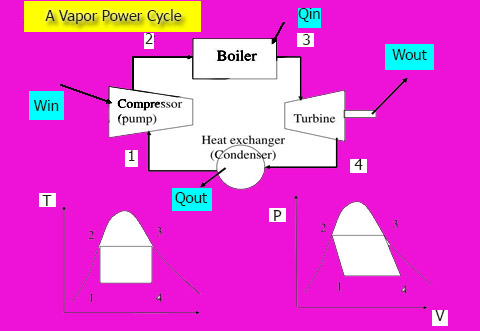 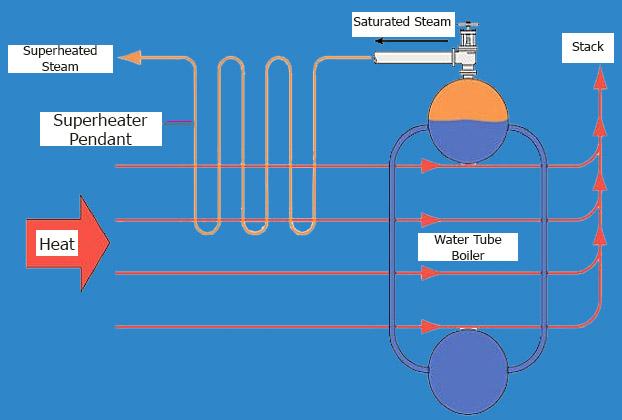 A superheater is a device that uses to convert saturated or wet steam into superheated steam used in steam engines or in processes. Such as steam reforming.

It is an integral part of the boiler. And it is placed in the path of hot flue gases from the furnace.
In superheating the steam before entering into the turbine use the heat recovered from the flue gases (i.e prime mover). Its main purpose is to increase the temperature of saturated steam without raising its pressure.
Most modern boilers are having a superheater and reheater arrangement.

The superheater is a component of a steam-generating unit in which steam. After it has left the boiler drum. It heated above its saturation temperature. The location influences the amount of superheat added to the steam.

The arrangement, and amount of superheater surface installed, as well as the rating of the boiler.

The superheater may consist of no more stages of tube banks arranged to effectively transfer heat from the products of combustion. Superheaters are classified as convection. Radiant or a combination of these.