The solar cell is a semiconductor device and similar to a diode, in which incident photons are absorbed and creates electron-hole pairs (EHPs). These EHPs create the flow of electrons that means flow current. So solar cell is a device which directly converts optical energy directly into electrical(voltage). 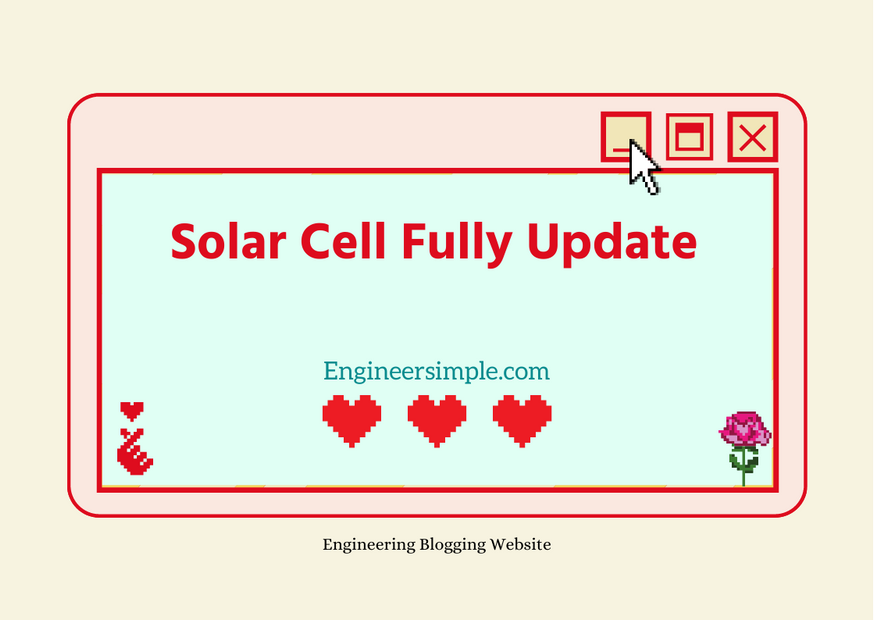 It is defined as the ratio of maximum power delivered by the cell (Pm) to the incident light power (Pin).

In the hybrid PV system, PV modules are the primary energy source and combined with one or more other electrical power generators.

Usually, other electrical generators are-

The system in which PV  is the primary energy source and intended to operate in parallel and synchronously with the electric utility network (Grid), is called the grid-connected PV system.

The major problem in the Grid-Connected PV system occurs when the grid fails, but the main lines are still energized by the PV system. Such type of problem is called the Islanding problem.

The line maintenance crews are not aware that the lines are still energized, which may cause transient overcurrents when grid power is connected.

Protection control circuits are developed and constantly revised to protect the grid and the PV system from this problem.