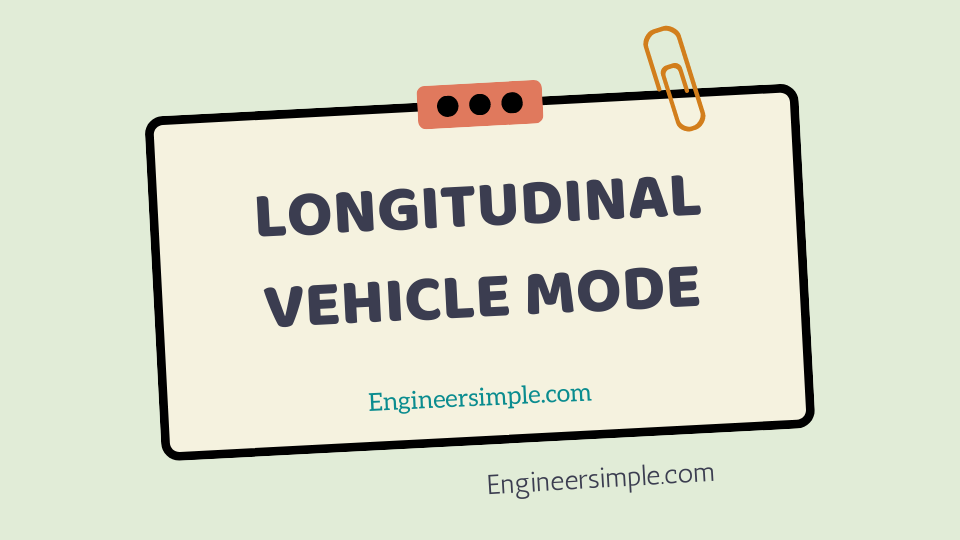 In practical terms, a vehicle not only travels on a level road but also up and down the slope of a roadway as well as around corners. In order to model this motion, the description of the roadway can be simplified by considering a straight roadway with two-dimensional movement. This two dimensional model will focus on vehicle performance, including acceleration, speed, and grade ability, as well as braking performance.

where ρ is the air density, V is the vehicle longitudinal speed, and Vw is the wind speed.

As a vehicle travels up or down an incline, gravity acting on the vehicle produces a force which is always directed downward, as shown in Figure 2.1. This force opposes the forward motion during grade climbing and aids in the forward motion during grade descending LONGITUDINAL VEHICLE MODEL. In typical vehicle performance models, only uphill operation is considered as it resists the total tractive force. The equation for this force is a function of the road angle θ, vehicle mass m, and the gravitational acceleration g:

For a relatively small angle of θ, tan θ = sin θ. Using this approximation, the grade resistance can be

approximated by mg tan θ, or mgG, where G is the slope of the grade.

Equation 2.1 shows the factors affecting vehicle performance with a particular interest in the overall tractive force of the vehicle.

By rearranging Equation 2.1 we arrive at an equation that expresses longitudinal vehicle motion as a combination of total tractive effort minus the resistance. In order to determine the total tractive effort, the normal forces, Fzf and Fzr, need to be determined. The front and rear tire contact points should satisfy the equilibrium equations for moments: