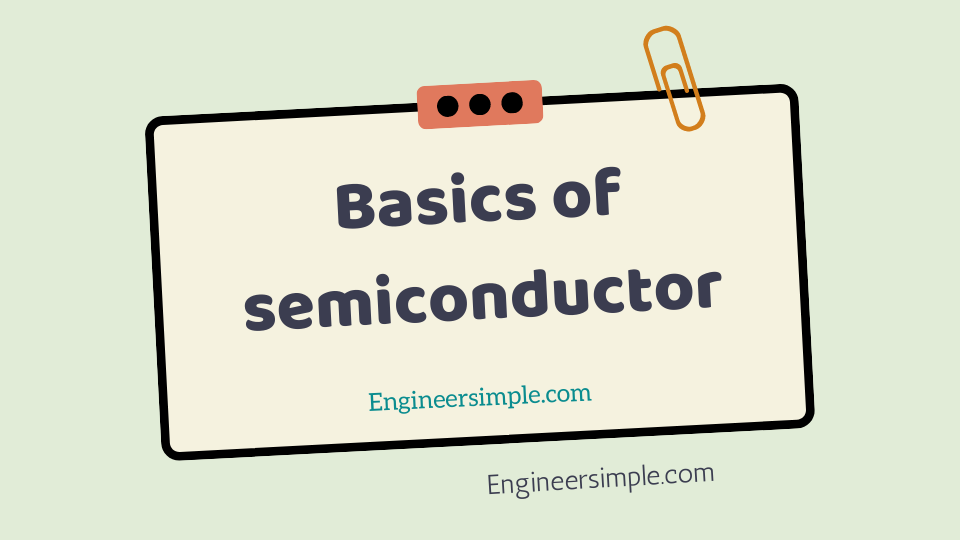 It is not easy to define a semiconductor if we want to take into account all its physical
characteristics.

However, generally, a semiconductor is defined on the basis of electrical
conductivity as under:

A semiconductor is a substance which has resistivity (10 -4 to 0.5 Ωm) in between
conductors and insulators e.g. germanium, silicon, selenium, carbon etc.
The reader may wonder, when a semiconductor is neither a good conductor nor
an insulator, then why not to classify it as a resistance material? The answer shall be
readily available if we study the following table:

Comparing the resistivities of above materials, it is apparent that the resistivity of
germanium (semiconductor) is quite high as compared to copper (conductor) but it is
quite low when compared with glass (insulator).

(i) The resistivity of a semiconductor is less than an insulator but more than a
conductor.
(ii) Semiconductors have negative temperature co-efficient of resistance i.e.
the resistance of a semiconductors decreases with the increase in
temperature and vice-versa. For example, germanium is actually an
insulator at low temperatures but it becomes a good conductor at high
temperatures.
(iii) When a suitable metallic impurity (e.g. arsenic, gallium etc.) is added to
semiconductor, its current conducting properties change appreciably. This
property is most important and is discussed later in detail.