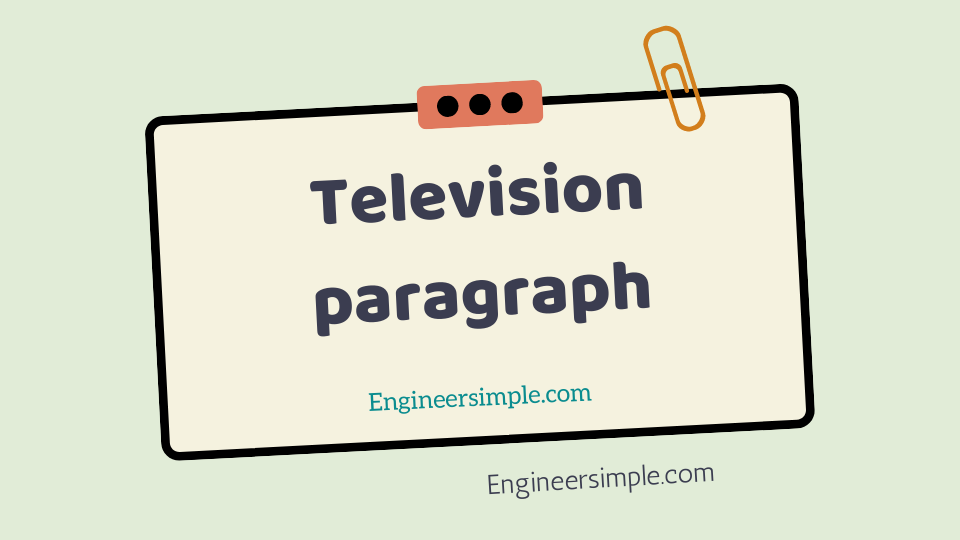 Television is a wonderful invention of modern science, which is the most up-to-date means of communication. However, nowadays television has become a part and parcel of our life. In many ways, we are benefited by television in our day-to-day life. In the modern world, television is the easiest and more popular means of recreation and amusement. It presents us many regular programs of music, dance, drama, cultural show and festivals. We can also enjoy cinema of different types reflected on the screen of television. We can watch the World Cup Cricket or Football Tournament staying in our home. Television has made it possible. The news programs tell us what affairs and incidents happen all the world over and also five pictures of all of them. We see things as if they are happening before our eyes. We can gather knowledge of every corner of the world-knowledge of religion, history, economics, science, language culture etc. It, can educate people on the current topics of the world. Model teaching is also done through television. As for example, Bangladesh Institute of Distance Education (BIDE) and Bangladesh Open University (BOU) are doing wonderful work through television. Thus television benefits us to a great extent.